Polish beers and dumplings in the restaurant; poppy seed cakes and doughnuts in the cafe; and handmade charcuterie and pickles in the deli. 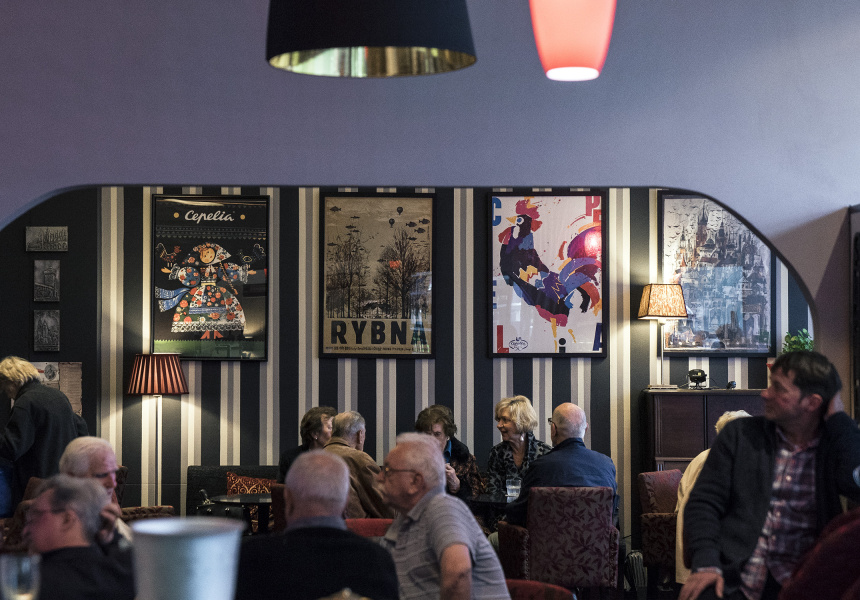 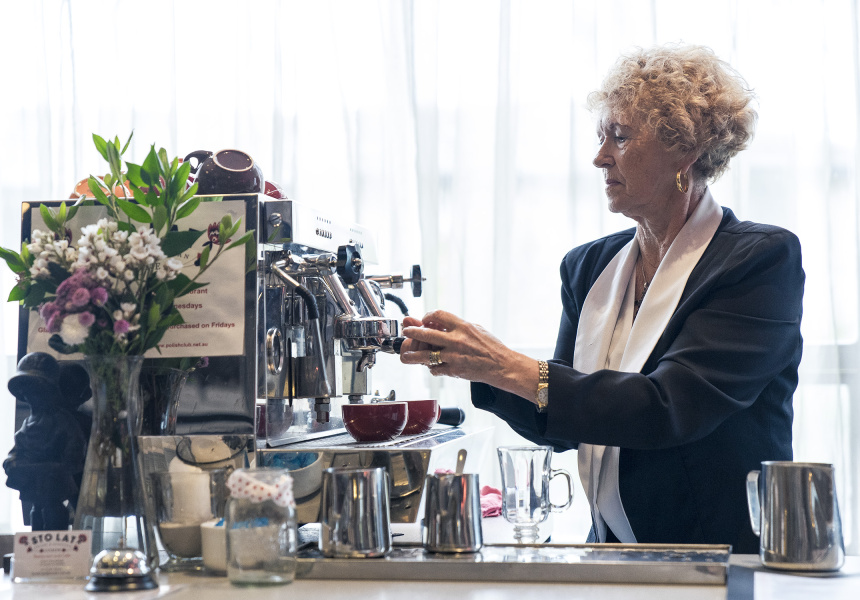 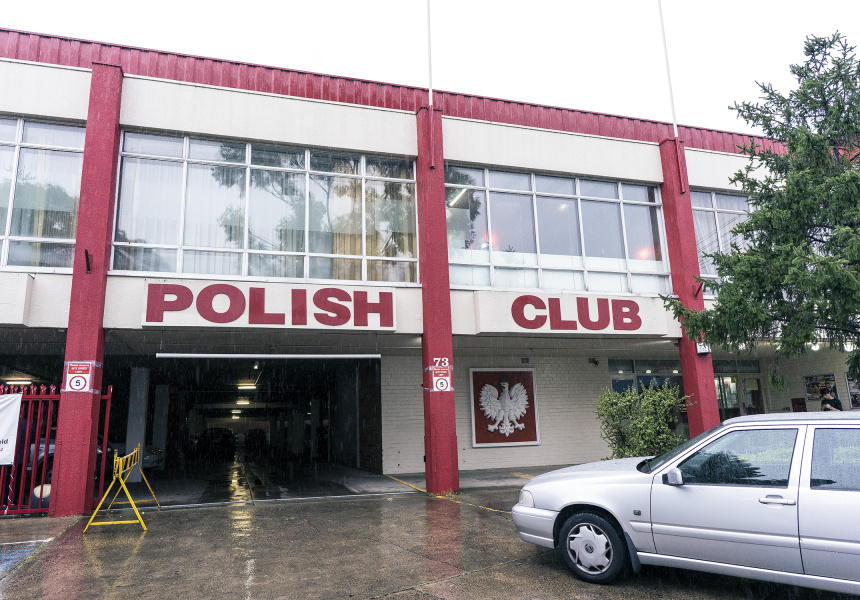 We’re sitting down in the cafe at the Polish club with tall lattes and plates of poppy seed cake and plum-jam doughnuts. Opposite us there’s a man with a tweed jacket sitting next to an elegant woman with curled hair and a fine fur coat. The man is Michael Malinowski, one of the Polish Club’s founding members. This is what he does every weekend.

Back in 1949 when he arrived in Australia it was different. “We were rejected from the pubs,” he says. “They didn’t want to associate with “refos”. I’m proud to be Polish but those first few years were hard. There were a lot of fights.” The only place to hang out with other Poles was Club 22 on Elizabeth Street on the nights it was rented out by former Polish air-force pilots. That solution “cost a million dollars”, says Malinowski. So one day some of the group came up with the idea of purchasing a house.

That was the start of the Polish Club – a house where people could go, feel welcome and meet other Poles. It was outrageously popular, too popular, in fact. It was packed. So Michael and the other founders came together to acquire the land next door. Now, 49 years later, they have a cafe, a deli, a stage, a function room and a restaurant.

The restaurant has been through almost as many changes as the club itself. The club runs the latest version, Sto Lat, with German-born chef Christian Pakura. The one thing that’s never changed is the Polish classics. “There are a few dishes that always need to be there,” says club director Eleonora Patton. “If we didn't have them people would be like, ‘You call yourself a Polish restaurant?’”. She’s talking about pierogi (thick dumplings stuffed with white cheese or meat), gołąbki (rice and minced pork wrapped in boiled cabbage), and golonka.

The latter is the restaurant’s signature; a challengingly huge hunk of pork knuckle encased in crackling that sits beside sauerkraut and mashed potato. “Notionally [Polish food] is very heavy, but if you handle it with good ingredients and you make it well, it will be very light,” says Ryszard Borysiewicz, the club president. He’s not necessarily talking about the golonka but other typically heavy dishes such as placki ziemniaczane (potato fritters with mushrooms or goulash) or the Polish soups.

There’s also a bar inside the cafe. So for every dollop of sour cream or morsel of pork there’s a separate Polish beer (12 in total) and a wide range of Polish vodkas. There’s also an incredible butcher (it imports Polish goods) run by Alina Promyk and a deli counter selling Polonez Smallsgoods (locally made Polish charcuteries and pickles).