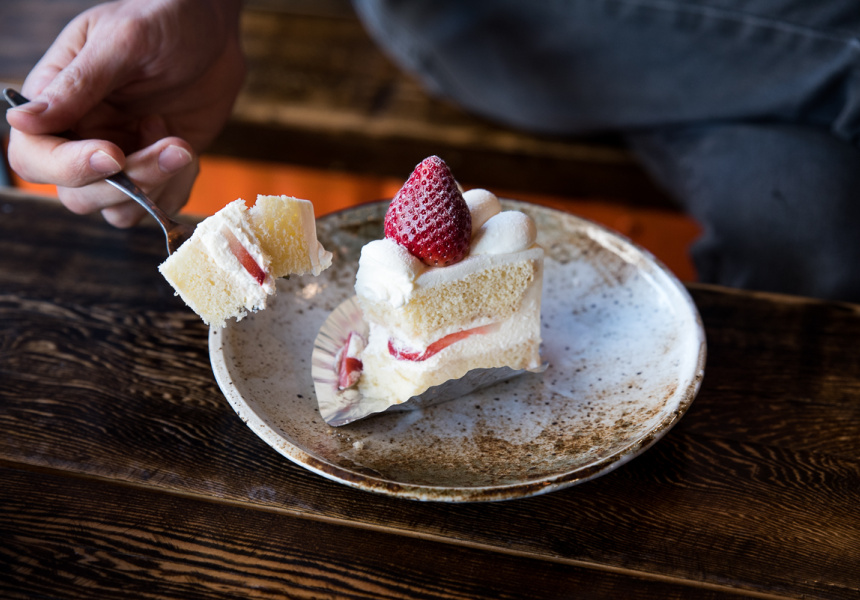 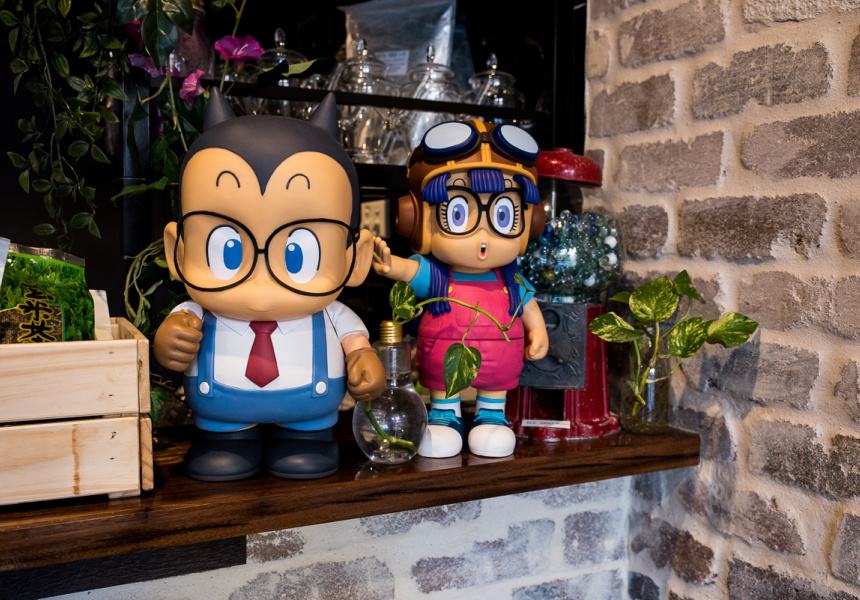 Japanese food has come a long way in Sydney in the past five years – we’ve got ramen joints serving different styles; a growing izakaya and yakiniku-style dining scene; high-end sushi omakases (“chef’s choice”); don restaurants; and fine dining. But one aspect of the country’s food culture has been oddly absent – cakes, pastries and desserts.

Yuji Oikubo hopes to change that. The former Oratnek and Kentaro pastry chef has just opened Pinto, Sydney’s only specialised Japanese patisserie (we classify Fuji and Azuki as bakeries, which generally have a different set of products).

Most diners are here for Oikubo’s strawberry shortcake, a layered sponge cake with fresh strawberries and whipped cream that’s the most common cake to line the display cabinets of Japan’s many patisseries. The key to good shortcake is its texture, we’re told. A good one is soft (it shouldn’t provide any resistance to a fork), but has enough firmness and elasticity to be structurally sound. Oikubo’s is as silky and delicate as you could wish for. The key ingredient is Japanese flour. “I tried it more than 100 times with Australian flour, but it has too much gluten. Gluten makes the sponge harder. Japanese flour has less gluten, so more fluffy. Very, very soft.”

The other popular order is Mont Blanc, a tower of whipped cream and sweetened chestnut cream above an almond biscuit. The Japanese-Italian cake is a result of experimentation in Japanese patisseries. As well as the classic chestnut it’s common to find creams flavoured with pumpkin, taro and fruits – same goes here.

Although Pinto’s range is focused on what Oikubo calls Japan’s “old style” (just like Australia, in Japan there’s currently a movement to create increasingly elaborate and creative pastries), he also indulges in some invention. The best example is his cream puff, a choux pastry parcel filled with green-tea custard and an earthy soybean cream.

More surprises are found on the drinks menu where coffee and Japanese tea are joined by an array of colourful concoctions including taro lattes and a milky butterfly pea drink (a floral infusion that changes colour based on the PH level; squeeze some lemon in and you’ll see what we mean) that’s enrichened by dollops of cream cheese.

On your way out grab one of Oikubo’s onigiri, it’s not a traditional snack to find in a patisserie, but they’re handmade and under $5.