A tiny grocery store with a Filipino barbeque, karaoke and a cult following. 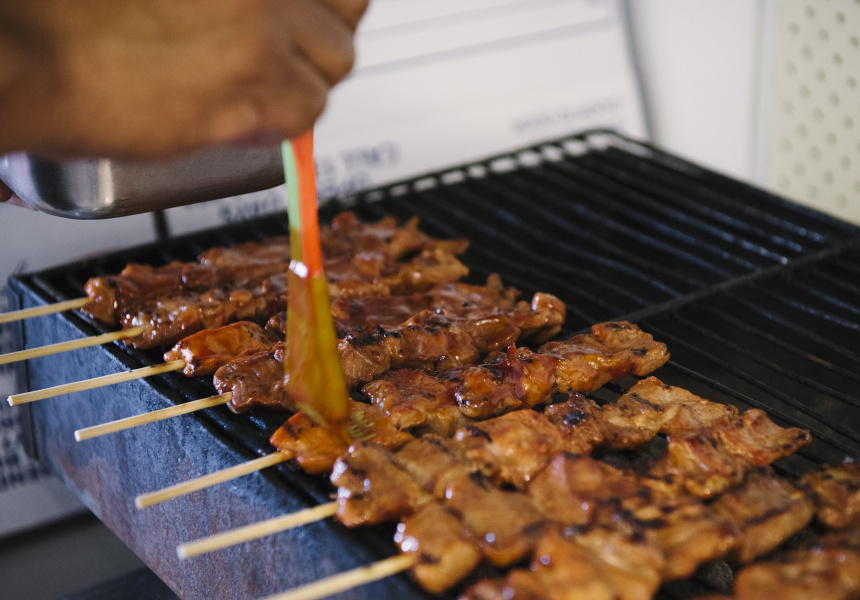 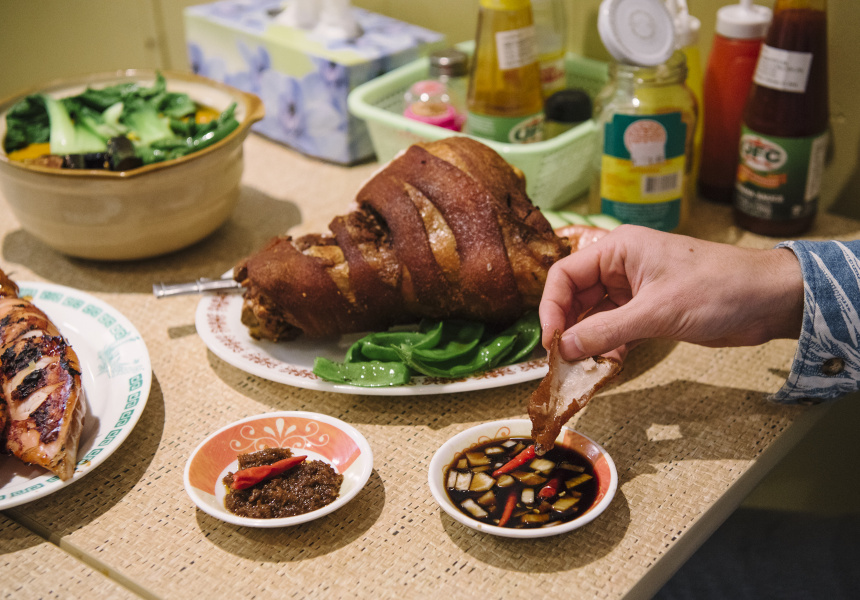 Carlito Ferrer spent his childhood dashing around the markets of Manila. “Me and all my brothers had a market stall,” he says. “It was a poor life, we were selling tomatoes, onions – three pieces for five cents.” At the end of the day he’d scrounge spare change to buy his favourite snack, barbequed chicken feet. Ferrer still eats them every day, but from his own restaurant, Panlasang Pinoy.

The tiny, charmingly ramshackle restaurant-grocer has a massive following in south-west Sydney’s Filipino community. Every weekend locals and people who’ve travelled a long way line up to get whatever’s on the barbeque (a miniature charcoal grill flanked by two sheets of carboard, tucked behind a stack of groceries) and in the bain-maries.

The pull of this place (that overrides its lack of ambience) is the sheer range of dishes available. Most Filipino restaurants in Sydney have a standard range – crisp pata (slow-cooked and deep-fried pork knuckle), adobo (soy-, garlic- and vinegar-braised pork or chicken), kare-kare (ox tail, eggplant and beans with a thick peanut gravy), sisig (a sizzling plate of pork liver, jowl and ears with chilli and lemon). You’ll find all those things here, but on top of that there’s an ever-changing roster of hard-to-find specialities.

Depending on the day you might also find the Philippines’ infamous street snack and beer pairing, balut (a fertilised duck egg that’s been left to develop for two to three weeks so it’s soft enough to eat the bones), or a rare taste of northern Filipino food (that’s where the chef and Ferrer’s partner, Aleli Pedro, is from) – maybe bopis (barbecued spicy beef lungs) or pinapaitan (a bitter stew with gallbladders, bile and either goat or beef). “If you don't have the [gallbladders] you can't have the same taste. It’s a very popular special occasion food, you always have it at birthday parties,” Ferrer says.

Come here on a Saturday night and you’ll likely find an acoustic band squeezed in between the tables and grocery shelves. If not, there will be karaoke instead.