Twenty-eight types of dumplings and a full vegan menu. 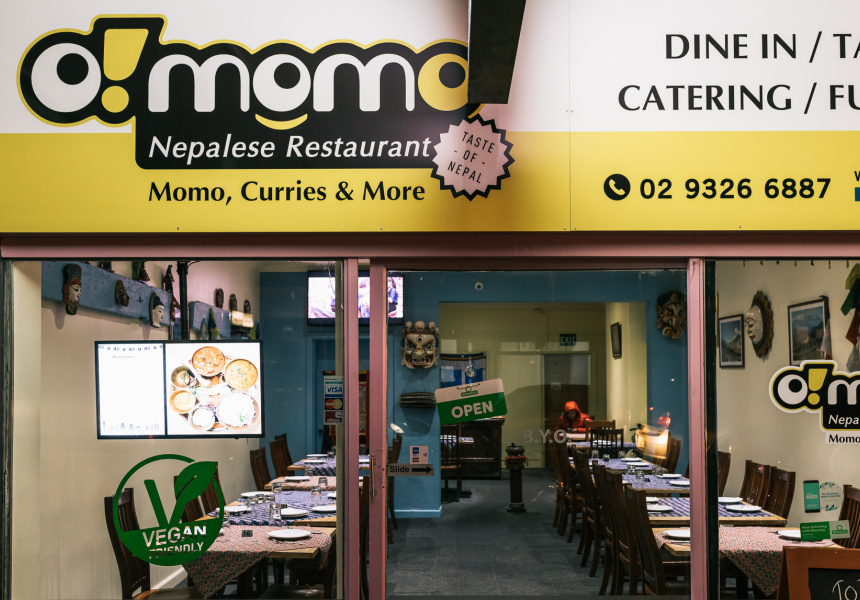 There are 28 different kinds of dumplings on O! Momo’s menu. Some are crunchy like Australian-Thai-style money bags but are smothered in a butter-chicken gravy. Others bob like buoys in a sea of tomato and chicken broth. Another type is silky, slightly translucent and tossed with yoghurt and tamarind, chaat-style. This is all ordinary in Nepal. There, dumplings, known locally as momos, are as common as they are varied.

“Momo is treated like any protein. You can do whatever you want. [In Nepal] you get crazy momos now. Even pizza momos, baked and topped with cheese. Chocolate momos and banana momos,” Shiddhanta “Bunny” Rajbhandari, O! Momo’s owner, tells Broadsheet. In Sydney none of that exists. Finding momos that aren’t just a garden-variety steamed iteration with a spiced-chicken stuffing is rare. Apart from at O! Momo, that is.

Rajbhandari started O! Momo as a roaming festival-and-market stall in 2010, a time when Nepalese food was still relatively scarce in Sydney (anyone who’s been to Rockdale or Kogarah recently knows that’s changing dramatically). He’d never run a restaurant, he didn’t even have any hospitality experience, yet he decided O! Momo’s debut should be among Sydney’s harshest momo critics: 20,000 Australian-Nepalese revellers, gathered in Darling Harbour for the Nepal Festival, which happens every two years.

“Everyone from Nepal in Sydney comes to this. It was overwhelming. I worked for 48 hours non-stop. I had no idea what I was doing,” says Rajbhandari.

If he failed there he’d know his goods weren’t up to scratch, but it was a huge success. He had a Messina-esque queue, and many who made it to the front that day told him how good his momos and bara (a doughy lentil pancake) were.

That was Rajbhandari’s life for almost a decade, working a nine to five office job and slogging it out at markets and festivals on the weekends. Then he got hit by a car. “I nearly died. It was an ‘aha’ moment. I thought, ‘From now on, I won't worry about family pressures, I want to do the thing I want to do’. I quit my job and started this full time.”

Earlier this year Rajbhandari and his business partner, Devendra Parajuli, opened their restaurant in Randwick. Much of the menu is dedicated to the many varieties of momos, but many of the folk coming in here are also ordering plates of fried noodles, fried rice, thali (Indian platter) and a few Nepalese specialities that are difficult to find outside Nepal. One example Rajbhandari shows us is gundruk bhatmas, which is fermented mustard leaves (chewy like tofu skins, but with a more astringent taste), crunchy black beans, onion and fresh tomato.

Others are here because the back page of O! Momo’s menu is completely vegan. Everything you can find in the front pages, whether it’s deep-fried momos, thali, butter chicken or biryani, has a vegan alternative. If it’s just momos you want, O! Momo also sells them frozen to take home. “I want to be the momo guy. There is competition but we are doing okay.” 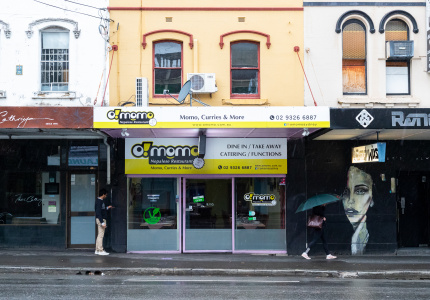