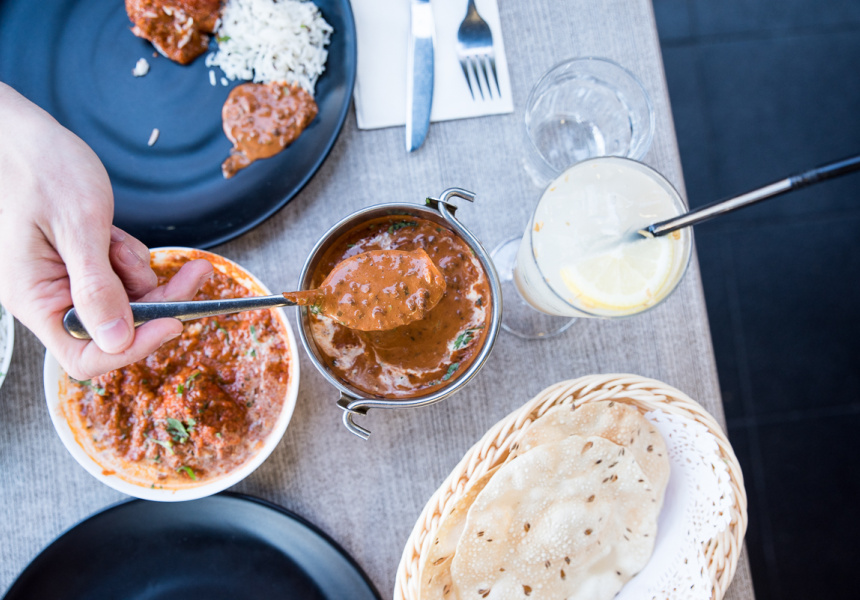 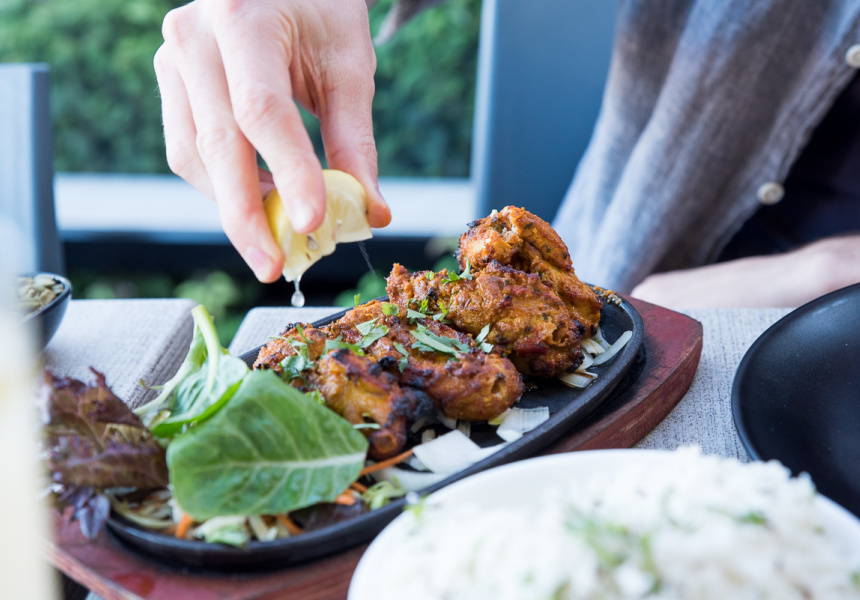 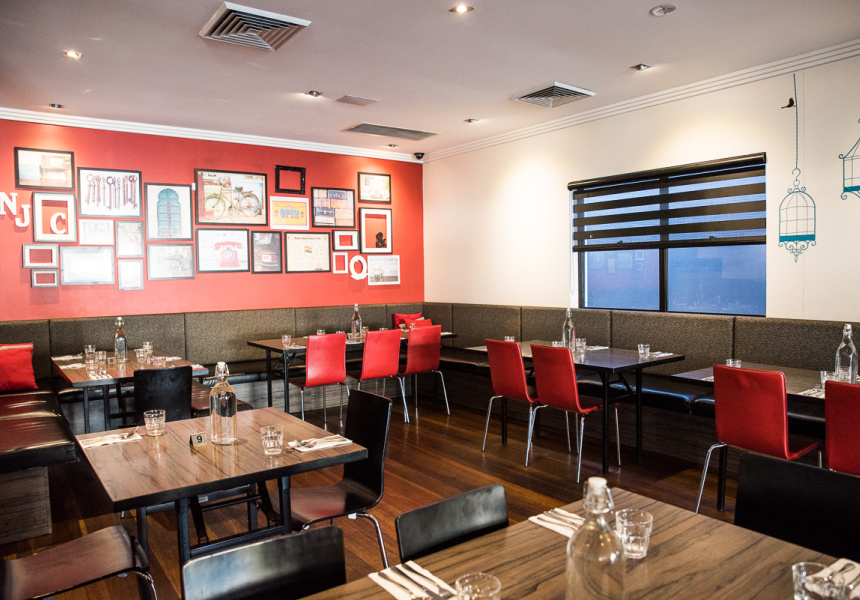 If you want good Indian food in Sydney there’s only one place to go: Harris Park. Deciding what to eat when you get there is where the hard choices start. The main strip is lined with Indian restaurants. So, you ask someone who lives in the area, “Where do you like to eat around here?”

This is what you’ll hear every time:

“Billu’s or Not Just Curries.”

Billu’s is a legend in the area. Not Just Curries is the new kid on the block from Vivek Gulati, Digvijay Ravawat and Deepanshu Gambhir – the former chef and owner of popular Homebush restaurant Thousand Spices (he has since sold). Like a lot of Indian-Australian restaurateurs in Sydney, their knowledge, background and recipes are from the north of India. That’s the reason the menu looks basically the same as most restaurants in town, filled with dishes such as rogan josh, korma and palak paneer.

On the plate, though, the dishes at Not Just Curries are very different. Gambhir and his team are committed to replicating India’s home food. In most restaurants food is richer, creamier and uses more butter. “You also get a lot of restaurants here adding sugar and dumbing down the spices just to cater to a local community. We feel like whether your Indian or not, when you come into an Indian restaurant you should get an Indian taste,” says Gulati.

Probably the best expression of this is the Delhi-style butter chicken. Rather than the usual sludgy gravy, Gambhir’s is textural, even a bit sinewy from cardamom pods, cloves, bay leaves and fresh ginger. “It’s very hard to cook this way and it takes a long time, but I don’t believe in any short cuts or toning down the spiciness,” says Gambhir.

The entire philosophy of the restaurant and its name comes from the idea that “curry” is a meaningless description. “We want to educate people that Indian food is not curry. Indians never say curry. If you want to know what curry really is look up kadi, a dish made with yoghurt and turmeric.”

Not Just Curries also serves tangy slowed-cooked goat on the bone; daal makhni (black lentils cooked for six hours with fenugreek and butter); jeera rice (long-grain rice tossed with cumin seeds and topped with coriander); methi parantha (a flaky wholemeal bread spiced with fenugreek seeds and fried on a griddle); and ginger and lemon soda. “We want people to think, as soon as the food touches their palate, ‘Ah, I'm back at home. It's my mother’s food’,” says Gambhir.