Serving the cuisine you never knew you needed in your life (especially if you're into duck). 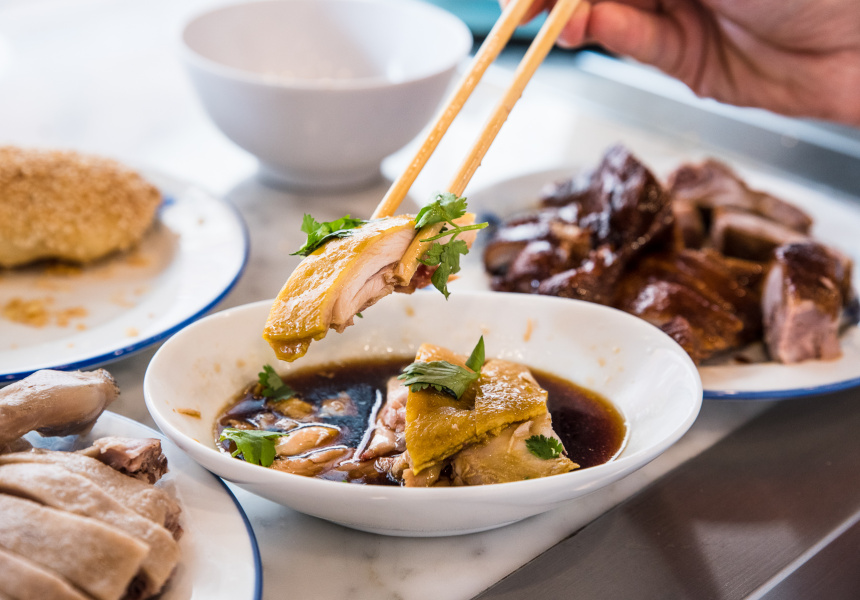 Imagine being an expert in a cuisine no one knows about. That’s Andy Zhou’s problem. Zhou is from Nanjing, a city by the Yangtze river in Jiangsu, East China. The cuisine is simple, textural, produce-based and incorporates a lot of duck, crab, river fish and noodles. “It's about the freshness of ingredients and natural flavours. We use very simple flavours, the major ingredients are just sugar, soy sauce and salt.”

The cuisine might be highly regarded in high-end Chinese hospitality circles, but it’s also distinctly uncool. If you’re a young mainland Chinese guy or gal, you’re much more likely to eat hot pot, Cantonese meats or whatever is flashy and new. Here it’s barely known at all, or so Zhou thought.

Two years ago, he started taking orders on colossally popular Chinese social media platform WeChat for salted duck, a famous Nanjing dish made by salting, pickling and soaking whole ducks. “I was doing it all at home,” he says.

Word spread between the few Jiangsu locals that Zhou’s salted duck was as close to the real deal as you could get. Within a few months he had more than 5000 followers and enough orders to disrupt his full-time gig, so he quit.

After a sojourn to Eastern China, where he trained under a “local master”, Zhou opened Noodle Pot in Haymarket last September. With the extra space and man-power (after a painstaking search he found a chef from his home town), Zhou is no longer just a salted duck distributor.

Noodle Pot’s menu is a smorgasbord of Nanjing specialties, and judging by his loyal former WeChat followers, this is what you should order.

Solo diners should opt for the noodle soup with stewed duck leg. It’s a viscous mouth-clinging duck broth with a duck leg tender enough to eat with chopsticks. “It's the best soup I sell. We only make 20 portions a day,” says Zhou. “When Nanjing people order it they always get extra toppings.”

There are 11 to choose from, some basic, such as the stir-fried seasonal vegetables, and some oddly massive, such as the braised pork chop or the crunchy fried sweet and sour fish fillets.

If you’re in a group, add to the mix some cold side dishes from the front counter, as well as the duck – all of the options.

That means you should order one portion of the duck fried-rice with giblets, livers and egg; one cold salted duck; the cold Shanghainese-style braised duck (similarly firm and rich to the salted style but with a sweeter glaze over the skin); and one serve of the signature braised duck, a thick, saucy pot of bony duck bits: it’s rich, tender and a contender for one of the best duck dishes in Sydney.

“It's a very home-style recipe. You find this in the old city among local people who have been living there for generations,” says Zhou.

Noodle Pot will be preparing banquets for Chinese New Year. Dishes include soy mud crab with rice cakes, soy and butter braised duck tongues, whole steamed fish and house-made rice wine and glutinous rice dumpling soup. All dishes must be pre-ordered in store with prices ranging from $15–$35 for mains, and $50–$100 for whole fish and crab courses.