This two decade-old Auburn takeaway joint is a contender for Sydney’s best Turkish kebab shop. Go for the tender, smoky shish kebabs cooked over charcoal, stay for the hand-stretch gozleme and spiced lahmacun. 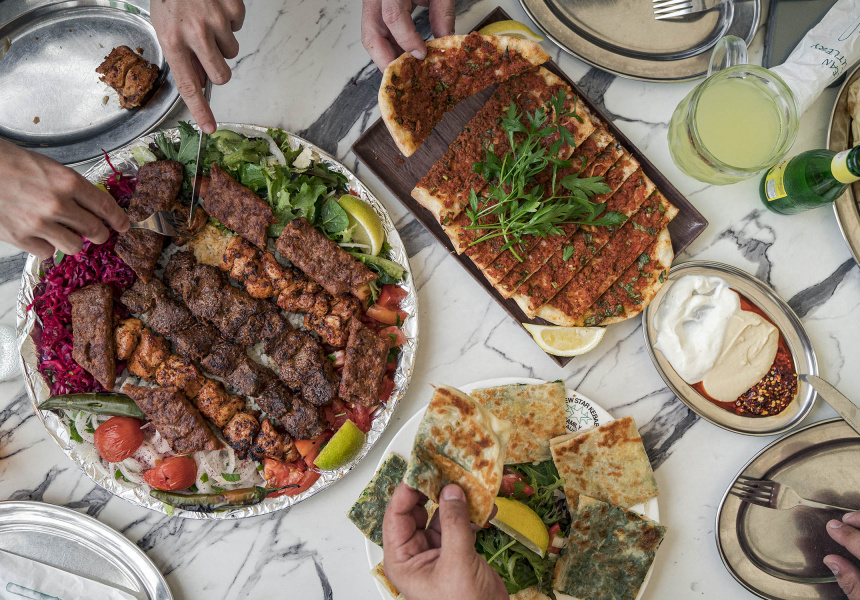 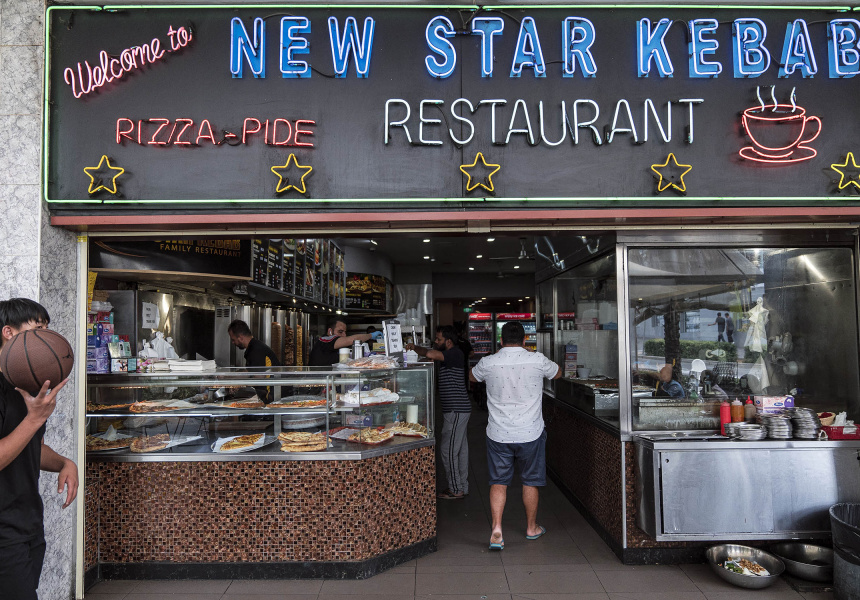 The shish kebabs at New Star are ridiculously tender. All of them – even the charred lamb skewers – are soft like a minced burger patty, but with more bounce.

Atilla Tok, New Star’s owner, says the secret to the meat’s tenderness is the marinade (the ingredients of which remain a tightly held secret). They’re cooked over charcoal on the barbeque in the front window, which bellows out smoke like a hoard of retired dragons. Tok says the charcoal they use has coconut shell in it, which adds extra flavour.

The charcoal grill is the only sign this isn’t an average kebab shop. But as per any traditional Turkish menu, they’re serving up shish kebab plates, gozleme, pide and lahmacun (a pizza-like flat bread covered in spiced minced lamb). A display case houses fresh veg, cheese and pita bread; a range of skewered meat, slowly turning in front of grill; plus a few sauces such as barbeque, hommos, chilli, garlic and yoghurt.

And while he has them on offer at New Star to cater to local tastes, Tok points out that sauces are not commonly used in kebab shops in Turkey where they limit their condiment interference to “Maybe a bit of fresh chilli or butter. We [like to] taste the kebab.”

“That taste, the Turkish taste, is for everyone,” he says. “It’s not too sharp, it's right in the middle. Every nationality can eat Turkish food.”

Atilla opened New Star in 2000 with his brother Ata and father Azmi, the latter a well-known figure in Sydney’s Turkish community for his work as a specialty doner kebab butcher. Atilla says his dad was an instrumental figure in teaching many of Sydney’s kebab suppliers (those who deliver the meat pre-loaded onto metal spears) how to butcher, prepare and handle meat. “He was a butcher in Turkey and he really understood meat well,” Atilla says.

His dad didn’t want his sons to work in manufacturing, so encouraged them to go into the takeaway game. Azmi taught his sons to prepare kebabs, and his sons learnt the takeaway business by working in a couple Sydney kebab joints.

Now Atilla and Ata are teaching the next generation, not just how to prepare a kebab, but how to hand-stretch dough for gozleme, make traditional Turkish bread and how to run a commercial charcoal grill. “My son is over there. He’s seven-and-a-half. I teach him. Always my dad was telling me, make them learn and put them in your pocket,” says Atilla.