A little-known noodle diner serving some of the best Indonesian food in Sydney. 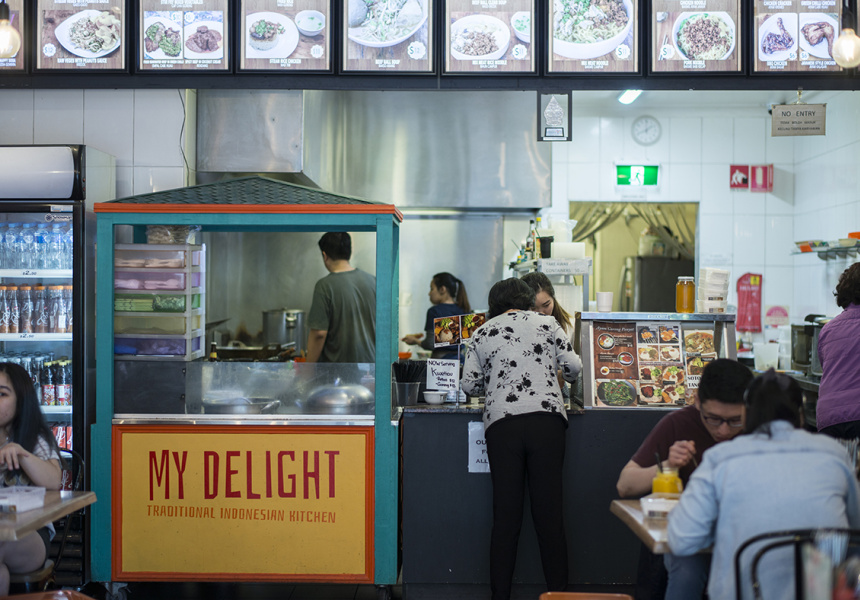 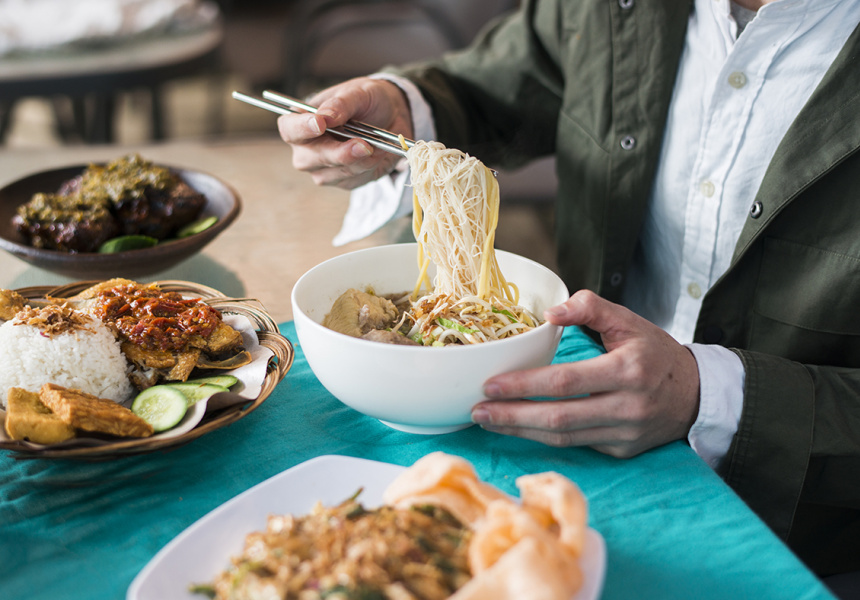 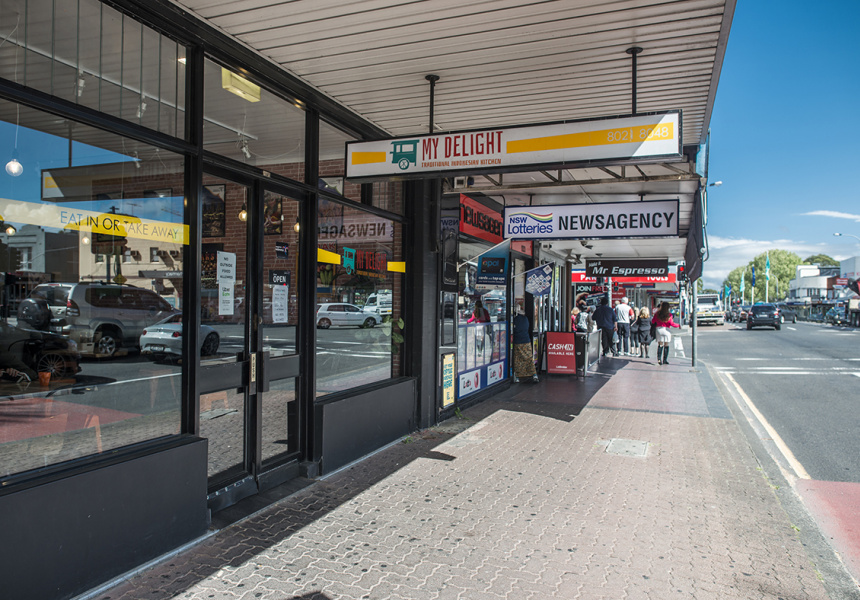 On Botany Road in Mascot there’s a quaint Indonesian restaurant called My Delight. There’s probably fewer than 30 seats, and the menu, illustrated with glossy pictures above the counter, is no more varied than what you’d find at a hawker stall. But every day of the week My Delight is packed, each one of its tables clustered with bowls of egg noodles and handmade meatball soup; gado gado with the traditional peanut sauce; and sambal-lathered barbequed pork ribs that are tender and glistening with marinade. The Indonesians here talk about the restaurant the same way they talk about Ayam Goreng 99: as one of Sydney’s best.

But unlike the famous Kingsford grilled-chicken restaurant, My Delight doesn’t have a 20-year history to back its reputation. Evan and Linda Elliot opened it just five years ago, and it’s their first time running a restaurant.

The couple met in a bar in 1998. Linda had only just arrived from Indonesia a few hours before. She was sitting next to the jukebox thinking about her new life while her brothers played pool. That was when Evan, a young Greek-Australian, entered. He asked Linda what she'd like played on the jukebox but Linda couldn’t speak English, so she just waved her hands. So, Evan asked again, this time in fluent Indonesian.

Linda and Evan are now married. It had always been Linda’s dream to open a restaurant – something she regularly spoke about with Evan – but he “always said no”, he tells Broadsheet. “I knew it wasn’t easy.”

Meanwhile, Linda was cooking banquets for their local church every Sunday. She’d turn up post-service with trays of lontong sayur (a laksa-like soup with rice cakes) and bakso abang (meatball soup with vermicelli noodles), and give them out for free. But eventually that became too hard – preparing and transporting that amount of food is no easy task – so they opened their house to the congregation instead.

“She set up the house so it looked like a restaurant. People would come in and say it feels like a warung [family-owned, home-based shops or restaurants in Indonesia],” Evan says. The church members would take seats in their backyard, drink tea and order from a small menu of noodles and soups.

It became enormously popular – so much so, it changed Evan’s mind about opening a restaurant. “I was watching these crowds build up; all the feedback. People were ringing from other churches asking to book tables. I knew there was something there. It was the turning point – I thought I better get Linda a shop.”

The plan was to replicate their home restaurant in every way they could. The most popular menu items – the noodles and handmade meatballs – were carried over, as was Evan’s homemade drinks cart, which is now part of the restaurant’s counter. Tea is free, and the menu changes often (as it did at the home set-up) and seems to be continuously growing. It’s not always written down, though, so be sure to ask if there’s anything new (such as the pork ribs).

Both Evan and Linda seem to be surprised by their success, but when we ask about it, Linda gives a simple answer: “When I cook, I feel someone talking to me – to put this, this and this to make it different. It is God talking to me.”