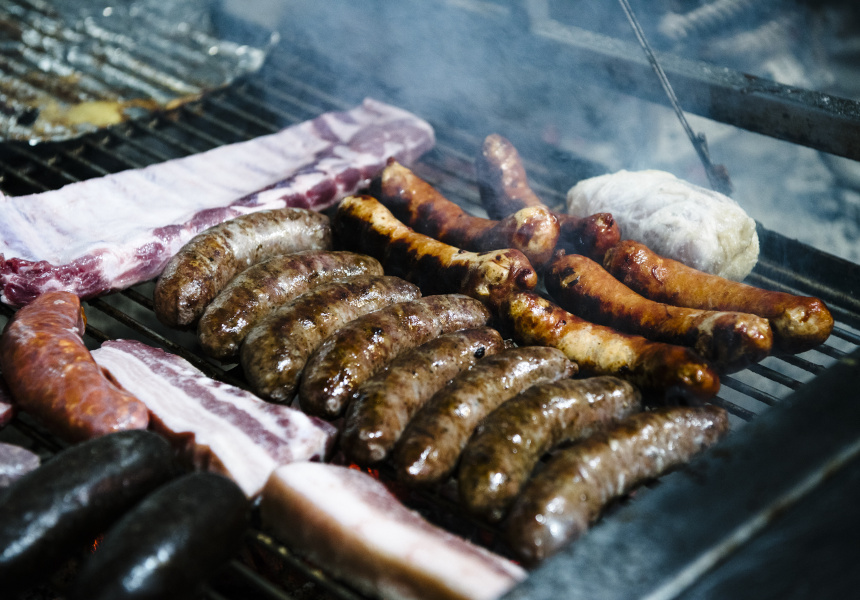 Rachele Macedo says Uruguayan cuisine is simple, just meat, bread and salad. Even so, 13 years ago she and her husband, Uruguay native Jose Carlos Macedo, fell in love with the food of the South American country. The pair now have a restaurant, Mr Chorizo and Parilliada, in Sydney’s west, serving exactly that.

The story began when Rachele (a hairdresser at the time) and Jose (then a driver) went on holiday to Uruguay and became enamoured with asado, the local method of barbequing meat over a charcoal pit.

They loved the smell that wafted from the street-side vendors; they loved how almost every Uruguayan has a charcoal pit in their home; and they loved the culture around eating the meat – in a big group and over a long period of time. “I’ve always had a passion for cooking,” says Rachele, “but we had no experience so we did a course while we were there to learn the cuisine.”

When they came back to Sydney they immediately set up a stall, which they took to festivals. Rachele would make empanadas and chorizo, and Jose would work the charcoals. It was outrageously popular with both the South American community and the less-than-sober festivalgoers.

In 2015 they opened Mr Chorizo and Parilliada in Smithfield. It took a while to get it off the ground because a good asado restaurant relies on a charcoal pit – using a gas or electric grill is culinary blasphemy in Jose’s homeland – and that required council approval. The charcoal grill is called a parrillero (they use the Italian spelling as a nod to Rachele’s Italian heritage), and uses a live flame or the low burn from a charcoal cinder.

The star of the grill, Rachele says, is the pork belly, or the tira de asado, a double serving of short beef ribs marinated in salt and oil. They’re the most popular dish here, but that may be because the most classical Uruguayan order – the completo traditional – is simply too large (and meaty) for anything but a big group. It comes with beef intestines, blood sausage, beef sweetbreads, roast capsicum and Rachele’s house-made pamplona (a sausage-like roll of pork meat stuffed with cheese and capsicum).

And then there’s the other components: the bread and salad, which Rachele says is always simple, like a garden salad or a Russian-style mayo-heavy potato salad. And to finish? A flan. Rachele makes hers crumblier than usual and enriched with a generous dollop of dulce de leche.

This article first appeared on Broadsheet on May 1, 2018. Menu items may have changed since publication.