Five different types and where to get them. 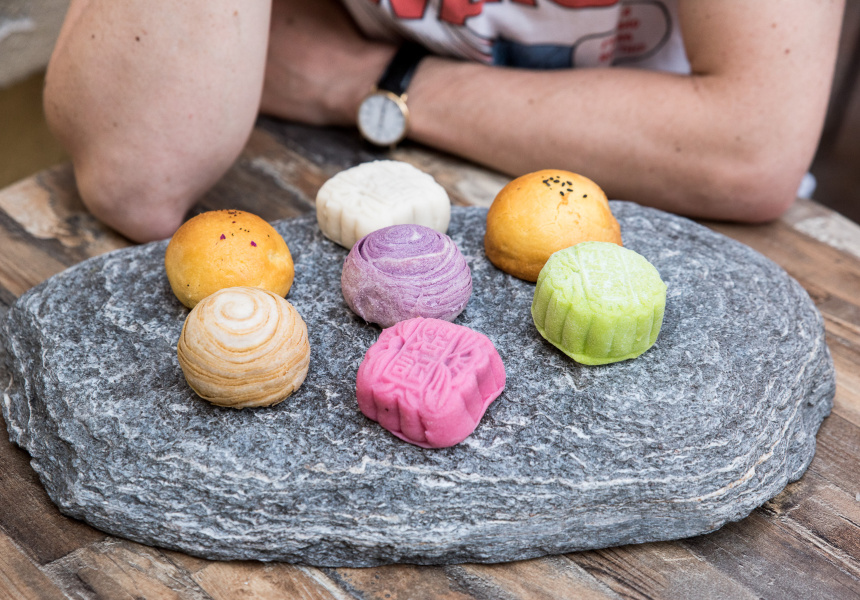 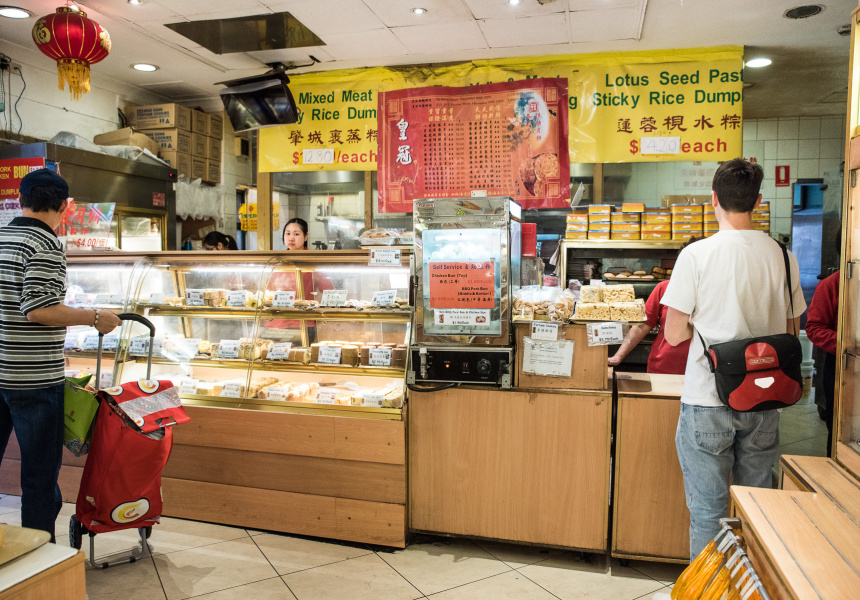 Next Wednesday is Mid-Autumn, or Moon Festival. For more than a billion people in the world, it’s one of the biggest occasions of the year, second only to Chinese New Year. Across every country and family, the traditions vary. Some will light lanterns, others will parade under the full moon and others will look for love. One thing almost everyone does is hang out with their family and eat mooncakes – a baked Chinese pastry topped with symbols of prosperity and fortune. These are important as mooncakes are often given as gifts (the more duck yolks inside, the more prestigious the gift).

For a long time in Sydney the only mooncakes available were imported from China, almost all of which were the traditional Hong Kong style – pastry filled with lotus root paste and salted duck egg. Unfortunately, they were mostly low quality and pumped full of preservatives. Times have changed and now pastry chefs are starting to make quality mooncakes here. This is where to find them.

Jim’s Malaysia
Before he came to Sydney to start the Jim’s Malaysia brand, Jim Kee was a pastry chef in Malaysia. As far as we can tell he’s now the only person making the mooncake in the style that’s popular in his home country. He prepares three different kinds of pastry wrappings by hand: a Teochew-style multi-layered pastry; a buttery and crumbly biscuit, and a mochi-like glutinous rice wrapping. For fillings, you can choose between three pastes Kee laboriously makes from scratch – coconut and taro; a blend of lotus root and salted duck yolk (instead of the egg sitting separately in the middle like usual); or rose-petal-infused red bean.

Drop into Jim’s Malaysia Chatswood or call to have some delivered to the Miranda or Chippendale restaurants.

Taste of Shanghai
The Shanghainese dumpling group make mooncakes in the Suzhou style of northern China. Compared to the elaborately decorated Hong Kong style that’s popular here, these are simpler cakes – probably closer to what was eaten in rural China several decades ago. The dough is made from flour, salt, a bit of sugar and, crucially, lard. When baked it’s dense, crumbly and rich. A basic sweetened red bean paste or the classic lotus root is the most common filling but savoury styles with pork mince and pickles are also popular. Taste of Shanghai also makes a textural five-seed filling with walnuts, sesame and peanuts.

Call to order and pick up from any Taste of Shanghai restaurant.

Lotus Dining
This is where to go for the non-traditional mooncake experience. Tiffany Jones, Lotus Group’s head pastry chef, started making them last year after a dare from one of the group directors. In terms of the pastry, they’re similar to the Hong Kong style, soft and slightly gelatinous. Inside they’re completely different. One type is jammed with coconut, sesame and mandarin jelly (a visual replacement for the salted duck egg), while the other has a red-bean paste littered with chunks of Valrhona chocolate and walnut.

Call Lotus to order. Pick up is from the Galeries restaurant.

Emperor’s Garden
The quality is probably not as high as the other vendors on the list, but it’s the only bakery in Sydney making the Hong Kong style fresh. They’ve also got a massive range – some cakes have roast chicken inside, others have barbequed duck, ham, walnuts or ground dates. One has eight whole duck yolks inside – save that one for your boss.

The store will be well stocked with most varieties up until the festival.

Dainty Taipei Bakery and Diamond Cafe
Both bakeries, one in Cabramatta and one in Hurstville, specialise in Taiwanese baked goods. The mooncakes here are somewhere in between the common Hong Kong style and what Taste of Shanghai does, so still dense and a bit gelatinous but much more crumbly. Inside is where things get a bit different. In Taiwan, it’s common to fill mooncakes with sweetened mung beans, jujube (a Chinese date) and a pudding-like pineapple paste.

Mooncakes can be bought on the premises at either shop but it’s best to call and order ahead just in case stocks are low.