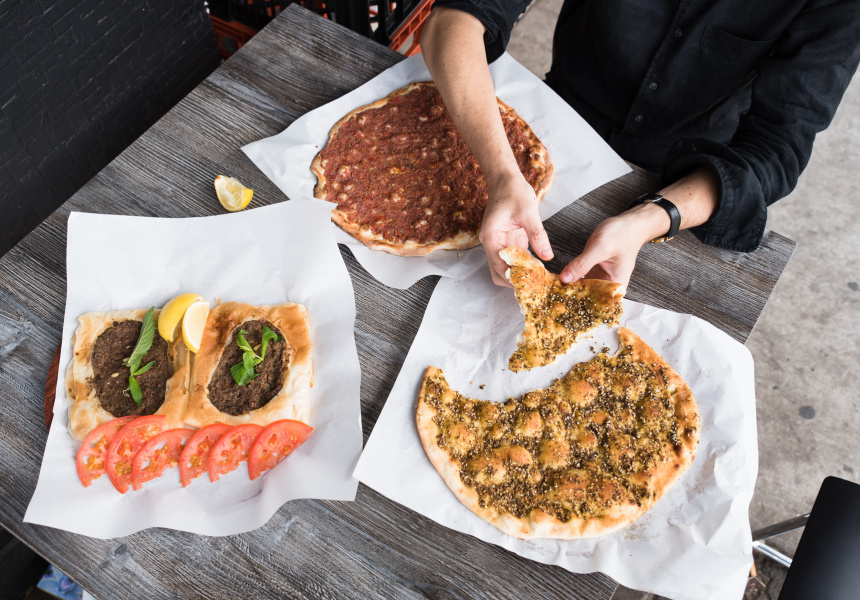 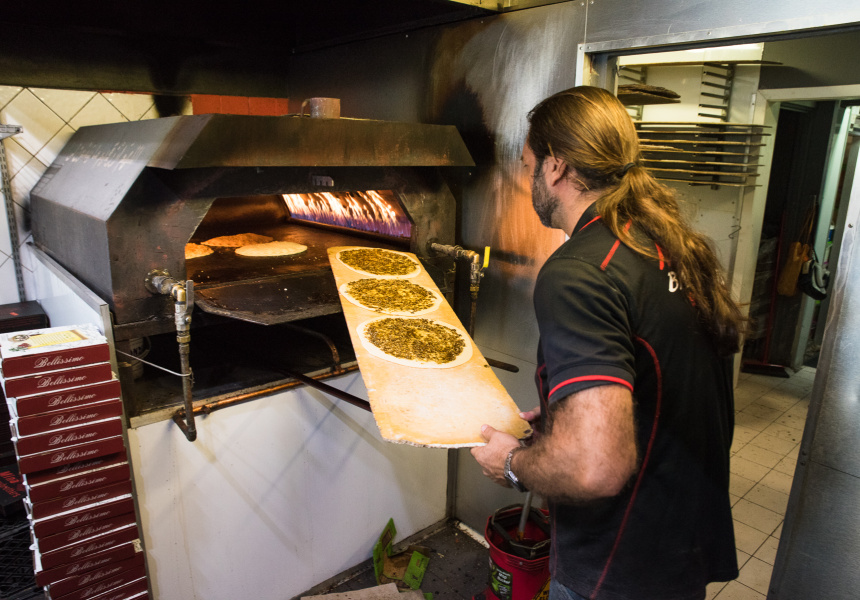 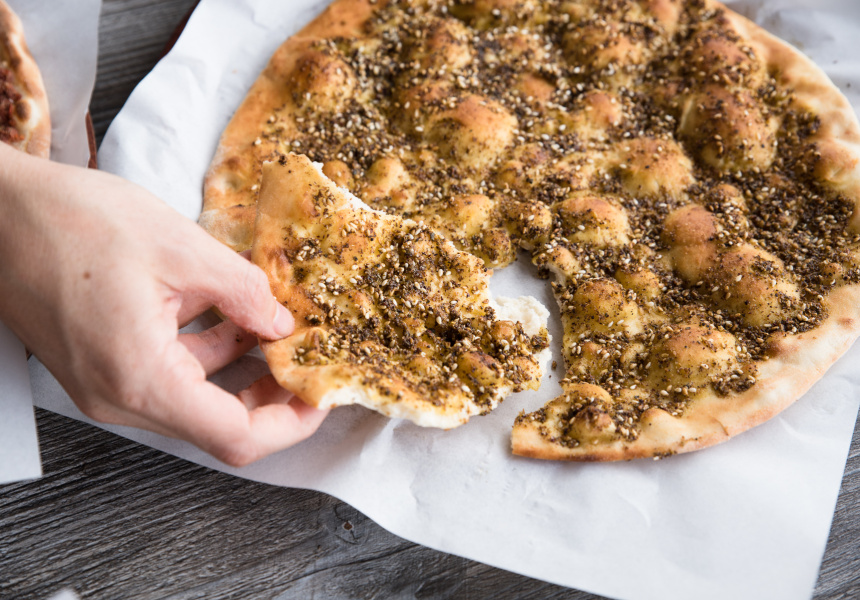 “I came all the way from Maroubra to eat this,” says a woman holding a pizza-sized flatbread covered in a dusty green mix of oregano, sesame, sumac and coriander seeds.

We’re sitting outside Mina One Bakery, a Lebanese bakery in the backstreets of Guildford in Sydney’s west. The woman offers us a peeled fig and we ask why she’s here when there are countless Lebanese bakeries in Sydney, many of which can be reached in less than the 45-minutes she’s taken to get here.

“The others are not the same,” she says. “This is the best. No one else makes a za’atar pizza like this.”

The Lebanese name for baked flatbread covered in herbs, ground meat or cheese is man’ousheh. It’s the speciality at Mina One, and the enthusiastic women behind us is not the only who swears by it.

Another customer drives his dusty ute in from a town near Young, more than 350-kilometres west of Sydney, to buy 100 za’atar pizzas, only to then drive back and freeze them all. Others come from Wollongong and the North Shore.

So what makes Mina One so good? We’d like to say it’s because of a special ingredient, cooking technique or master chef, but the answer is simple: “Everything is fresh. We never reheat anything. You may have to wait ten minutes to get your food but it’s always fresh. There’s never anything artificial either. If you order a man’ousheh, it's as a traditional man’ousheh,” says Mohamad Merheb.

It’s been the same for 22 years, ever since Merheb’s father and his three uncles opened the bakery after emigrating from Lebanon. Back then it was the only bakery of its kind in the area and, even though they were selling just cheese-and-herb-topped man’ousheh, along with kaak (a doughy, sesame-topped bun stuffed with cheese, vegetables or meat), there were always queues out the door.

After their initial success, the Merheb family developed a business model: open a new bakery, operate it until it’s running smoothly and a customer base has developed, then sell it off. They’ve done this 27 times over the past two decades (including openings in Perth and Melbourne), but the original Guildford bakery has remained in their hands.

Now they’re not just lining up for za’atar man’ousheh. The menu includes more than 30 varieties of kaak, house-made labne pizza and lahm bi ajeen (an open-faced gozleme-like pastry with ground lamb, onions and pomegranate molasses). “When we started it was very simple stuff, but now we add something on [the menu] every year,” says Merheb.