Leichhardt’s 64-year-old Italian cake shop still makes the same cakes it did in 1952. 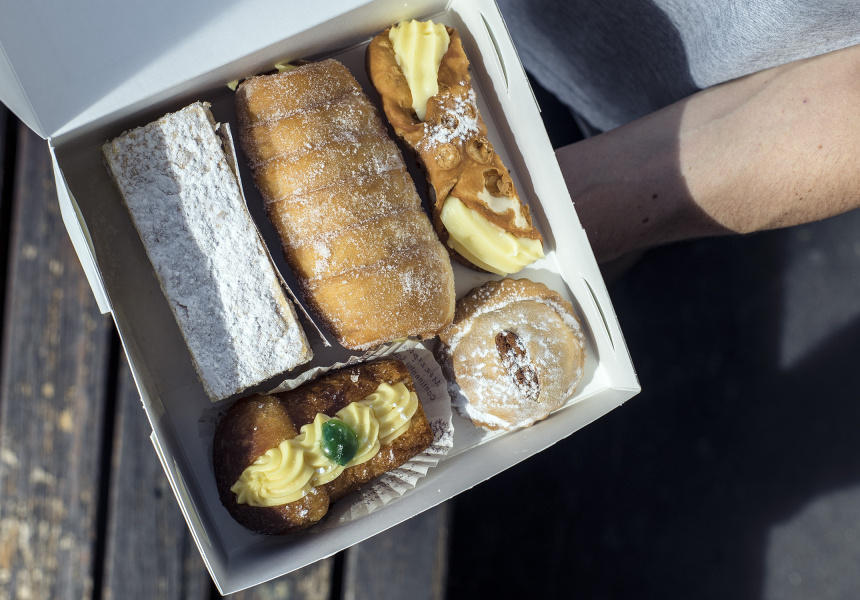 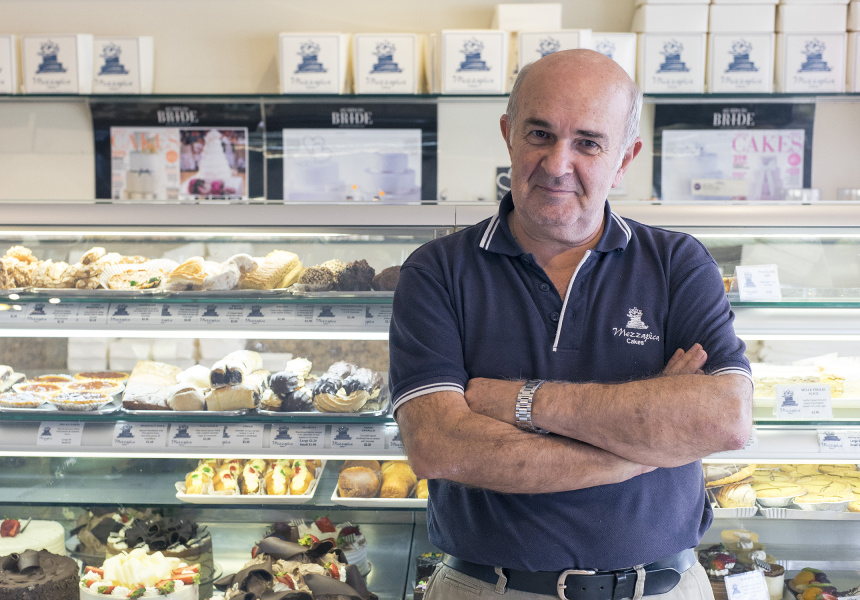 Throughout this series we’ve met a lot of people and businesses that have been around for a long time. People and restaurants so loved and well known they’ve become irreplaceable in their communities. No one represents this idea better than Frank Portelli and his Italian cake shop, Mezzapica. “My uncle opened this in 1952. When I came over from Italy in 1963 I was 14 years old,” he says. “As soon as I turned 15 I started here as an apprentice with my uncle, then I took it over from him. Fifty years later I'm still here.”

While they’re still using uncle Angelo Mezzapica’s original recipes, almost everything around the shop has changed dramatically. “In the old days when I used to close the shop on Saturday at 1pm you could have walked naked down Norton Street.”

The first shop was tiny, and when it opened there were hardly any Italians in Sydney. Its legacy really began during the ’60s when Sydney experienced a wave of Italian immigration. “All the people that were here expecting relatives would meet them – “benvenuti [welcome] to Australia” – with a cake and cannoli. They only had this [Mezzapica’s], that's all there was. It was very, very busy.” The two most popular items were the continental cake (Benevento-soaked vanilla sponge with layers of vanilla and chocolate custard) and Portelli’s cannoli (fried tubes of pastry filled with ricotta or custard).

By the time Italian immigration had slowed in the late ’70s and ’80s Mezzapica had expanded into next door, and Leichhardt had become Sydney’s Little Italy. Whenever there was a birthday, wedding or baptism, people would go to Mezzapica for their celebratory cake. It’s the same now. Almost any Italian in Sydney, or long-term Leichhardt resident, knows Mezzapica and knows its cannoli. “The amount of cannoli we go through is unbelievable. Per week I’d say about 5,000,” says Portelli.

This week (in March) it’s going to be even more. Sweets play an important role during Italian Easter celebrations and like every year from the past few decades Mezzapica is going to be bustling with orders for Portelli’s range of traditional southern-Italian treats. There’s rum-baba (a fluffy, rum-soaked pastry), pastiera (Neapolitan cheesecake), sfogliatelle (a flaky triangular pastry with cinnamon- and lemon-infused ricotta) and nacatole (a traditional pastry from the Aeolian Islands, where Portelli grew up). “My mother used to make [nacatole] so I introduced it here. It's pastry with an almond, sugar and cinnamon filling inside,” he says. Even after 50 years of making and selling them Portelli still eats cannoli. “I can have a cannoli anytime. If I'm anywhere and there's cannoli, especially the little ones, I'll have one.”