Go Saturday nights for raki, music and 40 kinds of meze, or on the weekend for an epic multi-course breakfast banquet. 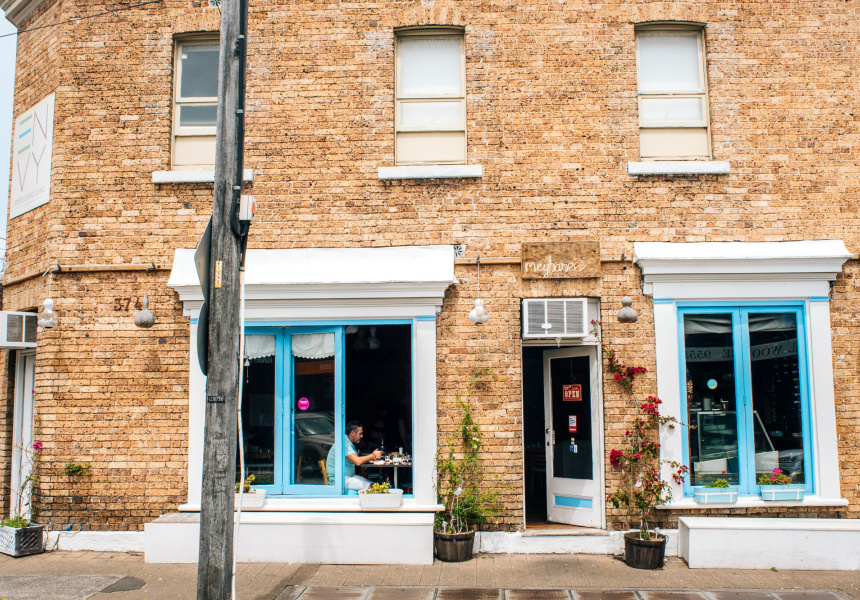 “Is this a Greek restaurant?” The owner and chef at Balmain’s Meyhanee Askin Kosar gets this question a lot. “No,” he says politely, “it’s Turkish.”

Unlike most other Turkish eateries in Sydney, Kosar’s restaurant doesn’t serve kebabs. He did for a while, but his ambitions quickly outgrew the culinary limitations of the kebab rotisserie. “You can make money but I couldn't feel comfortable,” he says. “Roll it, put garlic sauce in and give it to a drunk person; this isn't enough for my soul.”

His restaurant, which opened last year, is based on a very old style of Eastern Mediterranean dining: the meyhane. It means “house of wine” but if you asked someone in Turkey, Iran, Azerbaijan, Bulgaria or the Balkan states, they’d probably tell you it’s a place to down a few shots of raki (aniseed-based liqueur), eat old-fashioned meze and have a bloody good time. “They're very simple, very friendly. When you go to a meyhane you share everything – you share your food, your heart and your problems. When you leave you feel relaxed,” says Kosar.

A number of Turkish restaurants in Sydney claim to give the meyhane experience, but none are as dedicated to tradition or craft as Kosar’s joint. In Turkey many meyhanes are known for the sheer amount of meze they serve – contrary to popular belief, meze isn’t dips, it’s a catch-all term for “food to drink with” – and here dinner guests are presented with a tray of 40 meze. There’s garlicky fried vegetables, stuffed artichoke, a bowl of tangy green-chilli dip and a few zucchini flowers jammed with a rich pilaf.

Your waiter will explain the selection and you pick and chose what you want to eat. You can stick to the meze or add a whole fish (steamed, salt-baked or grilled) and a few skewers of charcoal-roasted meat.

Kosar is a busy man. The meze are made almost daily, and he heads to Flemington Markets every day (surprisingly rare these days) to scout for the fish. He also makes his own cream, pickles and bread. In a woodfired oven he bakes pide, burek (a rolled filo pastry) and simit (a sesame-topped ring-shaped roll), which he includes in the weekend breakfast buffet. “On Sunday in Turkey we take until afternoon on breakfast. There's plenty of food, you eat a bit, break, have coffee, walk and start eating again.”

During service he could be waiting tables, cooking the fish on a charcoal grill, or maybe even enjoying Saturday’s house band. “I work hard, I start early and finish very late, but when I drink one glass of raki, I forget everything.”