Serbian food made the traditional way. 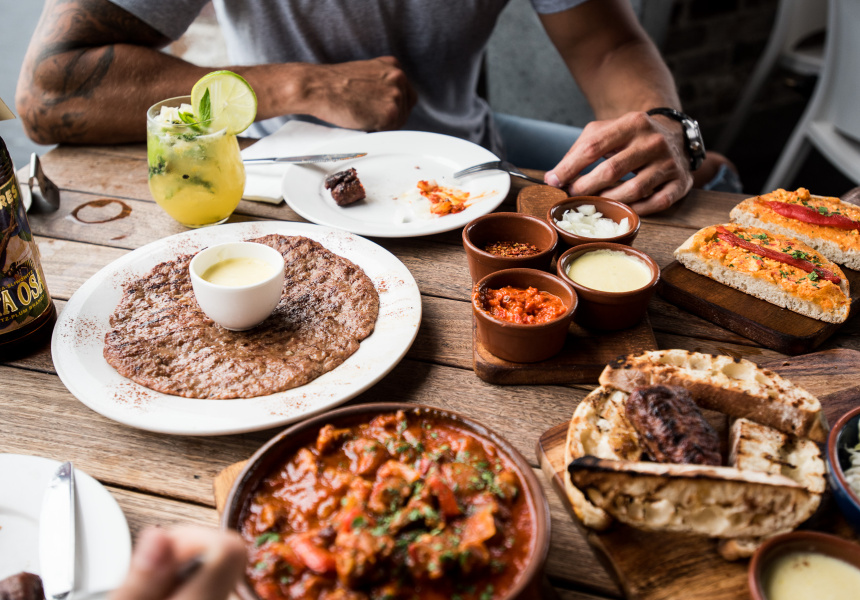 If you want a snapshot of what Serbian food is all about, go to Madera Kafe and order the karadjordjeva. It’s an immense roll of tenderised pork schnitzel that, before being crumbed and deep-fried, is stuffed with prosciutto and several kinds of cheese.

It’s rich, salty and highly enjoyable – a good snapshot of the Serbian cuisine. Although most Serbs will tell you its quite varied, with influences from Turkey, the Middle East, Western Europe and the Balkans, there are some elements found in every city, small town and home – meats, dairy, bread and alcohol.

Madera’s owner, Petar Tasic, says the latter is where the typical meal starts. “It's custom. If anyone comes into the home, the first thing they have is rakia.” Almost on cue several čokančić (small decanter like glasses) of the spirit appear at the table, some are honeyed, others have hints of quince or plum, and all of them throat-burningly powerful.

From there it’s a steady progression of the other three pillars of Serbian cuisine. First, wood-fired bread lathered in Tasic’s grandmother’s three-cheese spread or a meza board with prosciutto, Hungarian sausages, roasted capsicum and cheese.

Then comes the essential part of any Serbian dinner: meat. The most popular order at Madera is the mammoth mixed charcoal grill with ćevapi (skinless sausages), pljeskavica (a disc-shaped minced-meat steak), ražnjići (pork neck skewers), smoked Serbian sausages, chargrilled chicken thighs marinated in Serbian spices, and kajmak (a viscous dip made from reducing milk or cream). “It's quite heavy, you'd think in summer it would drop off and people wouldn't eat as much [meat] but that doesn't tend to happen,” Tasic says.

Tasic’s favourite is one of Madera’s more home-style dishes, mućkalica. It’s a thick stew traditionally made with leftover barbequed meat; here it’s done with pork neck, tomatoes, ajvar (an eggplant, capsicum and garlic relish ubiquitous in Serbia) and a side of wood-fired bread for dipping. “I'm a real sucker for the slow-cooked stuff. I grew up with my grandmother and she would always prepare these kinds of dishes.”

Tasic’s grandma is no longer around to make it but he’s got the next best thing – a team of Serbian women. The leader of the pack is Gordana Ivanovic, a sixty-something (we’re only allowed to guess)-year-old who’s known in these parts as the “OG”.

“She worked for my father, she's like a second mother.” Tasic’s father was the owner of the first Madera in Canley Heights (1997–2006). “This [restaurant] was supposed to be myself and my father, but he fell ill and passed away before we opened. This was supposed to be named something completely different but because of his passing I named it in his memory.”