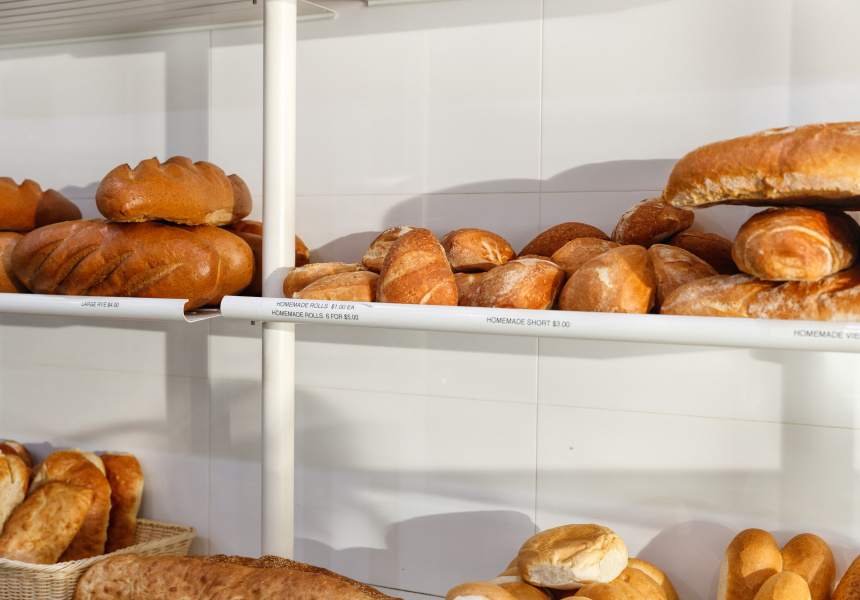 It looks magnificent: a bronzed discus of undulating pastry like the top of a homemade pie, but the size of a pizza. As you cut through it you can feel each layer of tissue-thin pastry and the fat clumps of salted ricotta they enfold. It’s surprisingly heavy to pick up. It tastes like a spanakopita was crossbred with a fried, cheese-stuffed empanada.

We’ve had bureks before, of course – at Balkan Oven, Balkan Butler and Rose Borek – but nothing like the ones at Supreme Bakery in Liverpool.

Burek pastries – which have origins in the Middle East, Central Asia and Mediterranean regions – are made by layering thin sheets of unleavened dough with meat, cheese, spinach, potato or fruit (or some combination of those ingredients), before being baked in a circular pan. Most are made with just two layers, with the filling in the middle. But Mark Delevski, Supreme Bakery’s owner and head chef, makes his with three and half layers, with fillings between each tier. It takes a long time, but he says that’s what needed if you want a dish with heft, layers and a magnificent texture.

“You have to picture how you want people to react when they eat it; if you don’t care about that, you’ll never achieve a perfect burek,” says Delevski. “The most important thing of course is the pastry – if you don’t have the right mix, the right wetness, the right texture, the way you store it, then it’ll never be crunchy, flaky but still moist.”

The most popular varieties at Liverpool Supreme are cheese and meat, but there are also pumpkin, potato and cherry varieties that can be ordered in advance (they’re harder to make, which is why customers need to give Delevski a heads up).

Delevski started making bureks 10 years ago when he was 24, when his family bought a struggling Balkan bakery in Liverpool. Although no-one had any significant experience in the industry, they were confident. “We’re very competitive; we’re a karate family,” he says. “My dad is one of the highest-ranking shōtōkan karate people in Australia. Me and my brother were in the world team; we thought we could do a better job [than the previous owners].”

Many communities with origins in the Balkans can be found in Liverpool, and the Delevskis – of Macedonian ancestry – wanted to extend the Balkan food on offer. In addition to the jam doughnuts and lepinja (a soft white bread and Macedonian staple) the bakery was already making, they introduced syrup-drenched baklava, tulumba (a cylinder of deep-fried, syrup-coated dough), and bureks.

Delevski is now the sole owner of the bakery, which includes a second outpost in Dee Why (a stall in a large European marketplace), and has rebranded himself as The Burek Guy. “[When] my parents were thinking about getting out, business wasn’t doing great, but I had just put five years of hard work into this,” he says. “I told myself I’d be there till the bitter end. Before this I’d kind of half-arsed things. Even with karate, I never put 100 per cent in because I didn’t love it. But this I really love. I love people; they deserve the best kind of bakery. Something to be proud of in the area.”

This article first appeared on Broadsheet on May 27, 2019. Menu items may have changed since publication.