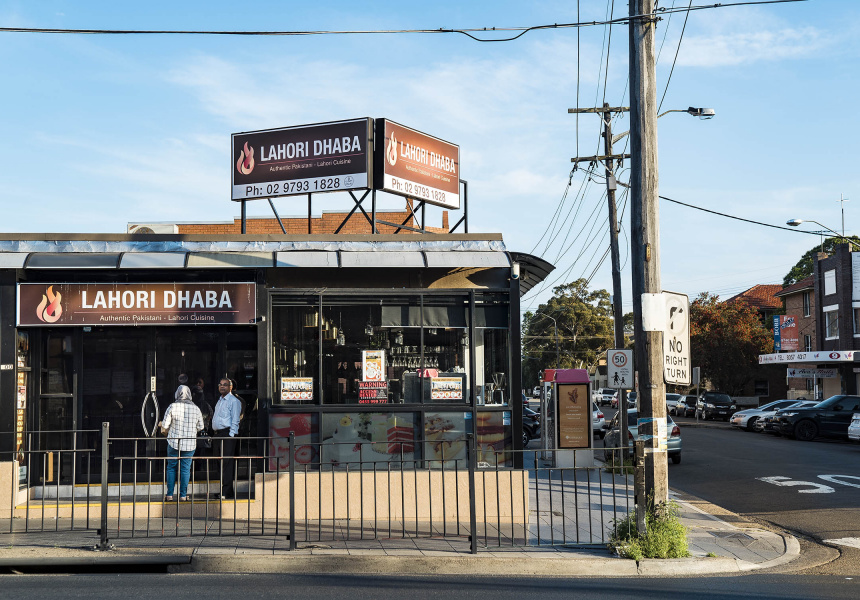 We arrive early, around 10.30am on a Saturday. It’s obviously not too early for a Pakistani banquet, though – by the time we’ve settled in with a platter of puffy fried breads, halva (semolina dessert), spiced and stewed chickpeas, and a beef stew topped with optional lamb brains, the restaurant is heaving like a Lahori market. As a table of five we’re one of the smallest gatherings here.

Lahori Dhaba specialises in breakfasts from Lahore, Pakistan’s second most populous city. “Lahoris have a culture where they don't make breakfast in the house, they are used to going outside to the streets and restaurants for breakfast,” says Faiza Nashi, who co-owns the diner with her husband Rana Arshad.

Nashi tells us that although the morning meal is a significant social event, it’s not different to any other meal. “In Lahore there is no concept of dinner, lunch or breakfast,” she says. “We eat everything at every time.”

The most popular order at this Punchbowl restaurant (17 kilometres west of the CBD) is nihari, a viscous stew made from slow-cooking beef or lamb shanks and the marrow-filled bones. It’s rich, hearty and feels like it would cure a cold – something you could say about a lot of the breakfast menu.

There’s paya (sheep trotters slow-cooked with curry spices until the meat and fat has partially dissolved into a stew); haleem (a paste-thick dhal-like dish made by cooking ground meat, grains and lentils for more than 10 hours); and sarson ka saag (a stodgy stew of mustard greens, garlic and ginger). These aren’t eaten alone – that would be intense. You share them and eat them with rice or scoop them up with naans or paratha (a crisp-fried flatbread). Lahori Dhaba has been serving this same menu for seven years.

As one of the most popular Pakistani restaurants in Sydney, it has a big enough following (some Pakistani celebrities have also made the trip) that it’s fully booked most weekends – although it wasn’t always like this.

In 2011 the couple was struggling. They’d previously sold an unsuccessful restaurant in Narrabeen and Arshad says they were living hand to mouth. “We had no money, nothing.” Arshad had confidence in his cooking and, knowing there was nowhere else in Sydney doing Lahori-style breakfasts, the couple decided to risk everything by signing a lease for a shop. “It was very small, no exhaust fan, no toilet, no air conditioning,” says Arshad.

They opened the first Lahori Dhaba in 2011 a block down from where the restaurant now stands. On their first day they made just $25. There weren’t a lot of Pakistani people living in the area, but there was a mosque. Nashi had experience as a graphic designer so she made some pamphlets advertising the breakfasts. The couple recruited their cousin and Nashi’s brother and went to the mosque for Friday prayer to hand them out. The following Sunday that $25 turned into $2500. It’s been like that ever since.