A hidden Haymarket restaurant with a menu that covers Filipino drinking food. 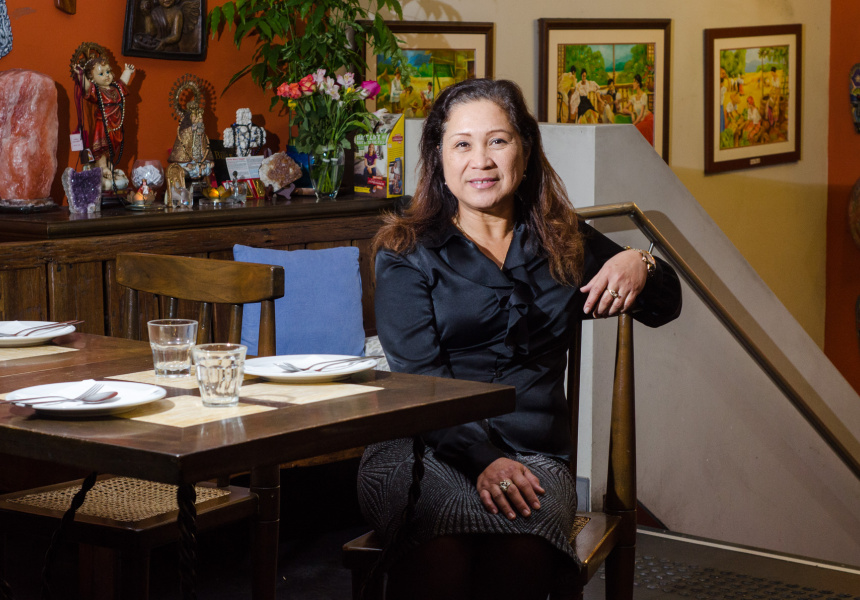 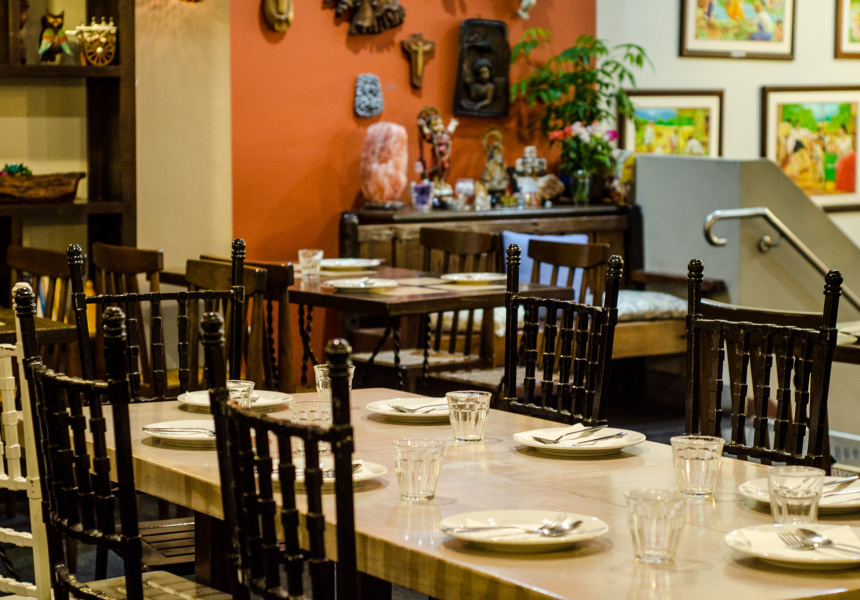 Le Mesa, a 15-year-old Filipino restaurant in Haymarket, has a section on its menu called “not for the faint-hearted”. For those squeamish about offal, blood, intensely sour foods and fatty dishes, it probably isn’t for you. For everyone else, this is how to acquaint yourself with pulutan, a term that roughly translates to “pick up”, or as La Mesa’s owner Raquel San Juan says: “drinking food”.

The most popular order is beer, particularly the easy-drinking San Miguel Pale Pilsen. The other beer is Red Horse, a high ABV lager from the same brewer. Once you’ve had a few cold, bitter sips you’ll understand why they work so well with the bar food. The snacks are called pulutan.

Pata is by far the most famous meal. If it wasn’t for adobo, it’d be claimed as the national dish. “It's pork hock. We boil it with vegetables, then dry it and deep-fry it. The meat is very tender and the skin is really crispy,” says San Juan. “Non-Filipinos tend to leave the skin but Filipinos will eat the skin first, they fight over it.” Pata, along with sisig (a sizzling plate of pig’s head parts, liver, onions, chilli and egg), are the two dishes found in almost any Filipino establishment in Sydney. La Mesa has a few rare dishes, namely, dinuguan, sitsarong isaw, tokwa’t baboy and kilawin.

The first is a black soup made from pig’s blood, intestines and garlic. It’s like liquified black pudding, but less intense thanks to a heavy dose of vinegar. Sitsarong isaw (intestines well disguised in a thick, crisp, tempura-like batter) and tokwa’t baboy (deep-fried tofu and stewed pork belly) are the equivalent of America’s fries and popcorn. Kilawin is oddly different to the other fatty, rich dishes. “It's like the Filipino counterpart to sushi,” says San Juan. “It's raw [basa] fish marinated in vinegar, pepper and lemon.” It’s served just with fresh cucumber, onion, chilli and more vinegar.

Drinking food isn’t the only thing they do at La Mesa; there’s an extensive menu including most well-known Filipino dishes. It’s hard to imagine how San Juan, who has a day job as a business analyst, manages it all. “The thing that keeps me going is that if I give up, what else will there be? I'm the only one in the CBD, I want to represent Filipino culture.”