A Turkish restaurant with woodfired pide by a formidable chef who works the dough like a masseur. 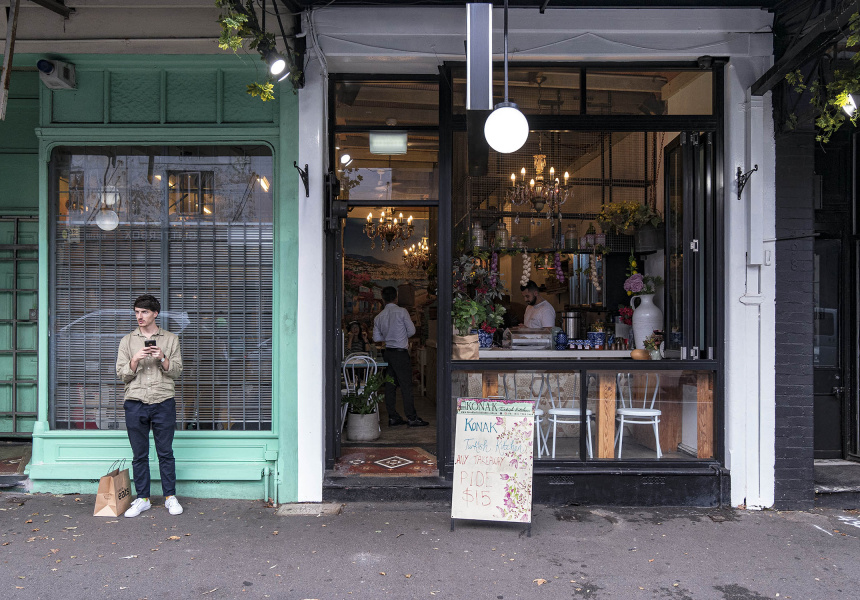 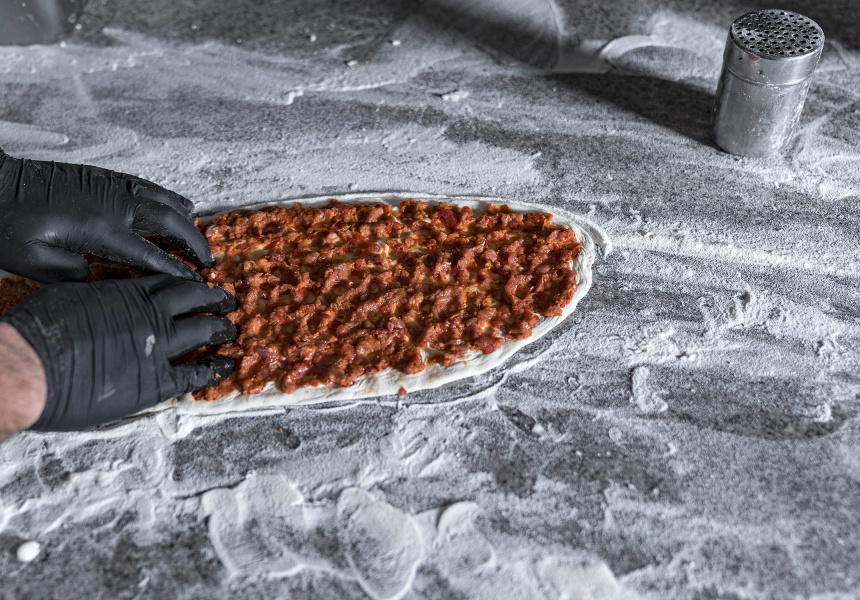 There’s been a power shift in Sydney’s Turkish restaurant scene. Once, we would have told you the best Turkish food was in Auburn. There are still a few great spots there, such as New Star, but the new hub for Turkish food is Newtown and Enmore.

Go to Ferah for massive breakfast banquets, Pasha’s for humble fare you’d get in a Turkish home, Saray for a late-night kebab and Taste of Turkey for woodfired pide and bread.

A newer player, which opened in December 2019, is Konak. It’s co-owned by Ceyda Selleck, the chef and owner of Pasha’s, and Berkay Salur, the pide chef from Surry Hills institution Erciyes.

Konak is next door to Pasha’s, but the owners don’t consider it a risky move – Konak is substantially different to its neighbour, showing off woodfired oven cooking.

Working at Erciyes, Salur became a formidable pide chef. “I learned everything there. The pide we do here is very similar, but [at Erciyes] we had an electric oven. Here it’s woodfired; it gives a different flavour,” he says.

We watch him make sujuk, a pide with egg and soft cheese that he’s fond of. He treats his dough like a masseur, finding the grooves and quickly working out any kinks. He stretches it, adds a glob of cheese and slides it into the oven. It emerges crunchy but with soft centre, smelling like smoked meat and buttered toast. “The secret to a good pide is the dough,” says Salur. “A lot of people put milk, sugar and oil in, but we just use water, salt and yeast. That’s it.”

The house bread – which is the ideal vehicle for eating grilled eggplant and strained yoghurt dip – is made the same way. Salur also uses the flatbread for beyti, an Istanbul street dish of minced lamb wrapped in bread and covered with yoghurt and a rich tomato sauce.

Konak is a coastal city on the western coast of Turkey, but the restaurant mines the entire country for dishes. The only dish from Konak (which Salur has never visited), is Izmir kofte, four massive meatballs smothered in cheese and a spiced tomato sauce. “There are lots of different styles of kofte in Konak, such as with cheese and nuts,” explains Salur. “That’s what [the region] is known for. It’s our signature dish.”

The meaty baked goods are mostly night-time fare. What the restaurant has become really well-known for, just a few months after opening, is the epic breakfast spread Selleck does every weekend. And when we say epic, we mean so many plates you need to get your Tetris game on to fit it all on the table.

At the centre of the breakfast is, of course, that bread – it’s your tool to eat and enhance all the other things on the table, which includes menemen (baked eggs, similar to shakshuka); pide; sujuk; pastries; a selection of cheeses, olives, fruit, honey, house-made jams, butter, clotted cream, tahini; pekmez (a thick molasses-like syrup made from slow-cooked fruit); and unlimited tea. All for just $30. The only hard thing is getting a seat.

“My parents never thought I’d do something like this. They came to Sydney so [me and my siblings] could be doctors,” says Salur.

Konak's breakfast menu is currently not being served.