A spot for traditional Japanese barbeque, where you can eat as much as you like for a fixed price. 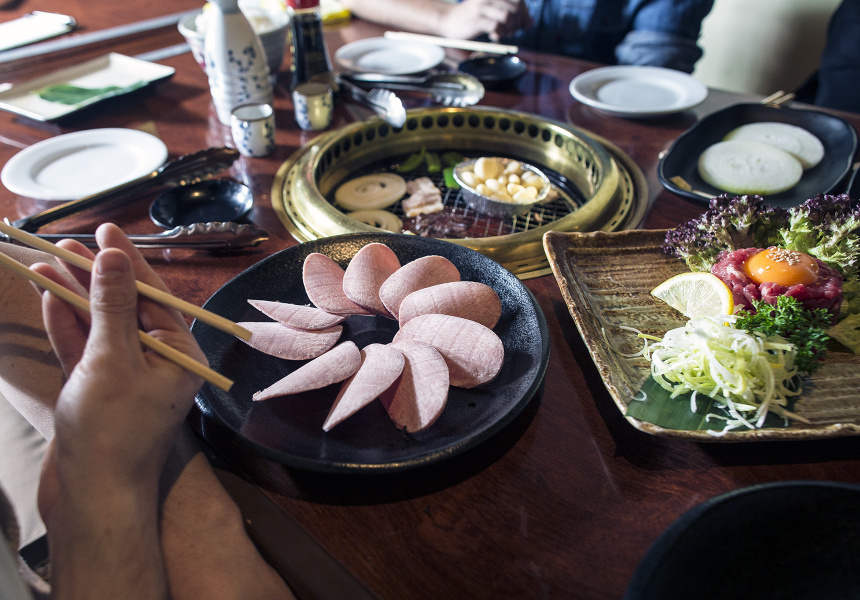 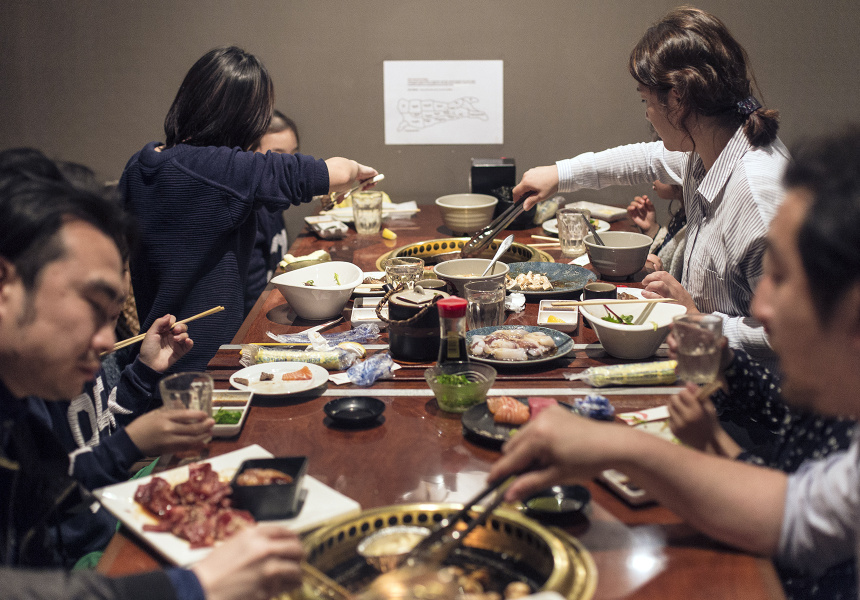 Sydney’s Korean-barbeque scene has received a lot of press over the past few years, but during the same period yakiniku, or Japanese barbeque, has been strangely neglected. For more than a decade, Sydney’s Japanese community has been loyally supporting a strong yakiniku culture on the lower north shore. Traditional yakiniku restaurants with table-top burners or charcoal sinks – such as Kashiwa and Nishiki in Crows Nest and Wakana in Artarmon – regularly have lines out onto the street. One of the most popular among the local Japanese community was Koh-Ya in Neutral Bay.

Now in a bigger and neater space in Randwick, Koh-Ya is still selling the same traditional yakiniku that made it so popular when it opened in 1999. Back then Satomi Nakajima was working as a waitress. After 16 years she’s now the owner. When we ask her why her barbeque restaurant has been so popular among Sydney’s Japanese community she giggles modestly and guesses it’s her uncompromising approach to yakiniku flavours. “It's very close to Japanese taste, we don't change the taste to be a little bit sweeter for Australians, or a little bit spicy for the Chinese or Indonesians. Because I'm Japanese I want to try Japanese food, I want to let them know Japanese taste.”

Koh-Ya has two menus, an à-la-carte menu of meats for barbequing, salads, sides and rice hot pots, and another for an all-you-can-eat buffet. In Japan it’s common for yakiniku restaurants to have a fixed price at the door – as soon as you enter you’re welcome to consume as much barbeque meat (and sometimes alcohol) as you can physically support. Nakajima says Koh-Ya’s $37 buffet has been by far the more popular of the two options. She describes a typical meal as four people having 40 portions of ox tongue and 20 portions of Wagyu beef. “They order a lot. Every day we have to cut a lot of meat,” she says. We recommend paying the extra $8 and getting the special buffet. It gives you access to the fancy cuts including Nakajima’s two favourites; the above-mentioned ox tongue and Wagyu beef rib.

Another of Nakajima’s favourites is only available from the buffet menu. It’s called beef yukke, a mixture of marinated raw-beef strands stacked into a parapet with an egg yolk crown and a side of radish. Forget about the beautiful presentation when it arrives and use your chopsticks to mix all the bits into a delicious mash. All the meat provided for the table barbeque is marinated in Koh-Ya’s house barbeque sauce, a mixture of soy sauce, sake, sugar and garlic. The stickier dipping sauce is a bit sweeter – Nakajima and her chefs add pineapple and apple. Koh-Ya has a range of Japanese beer, plum wine and three or four rotating sakes. Nakajima recommends Ippin sake “It goes very much with barbeque,” she says. 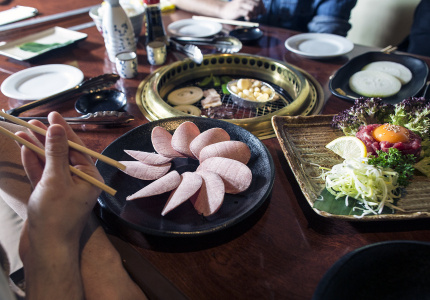