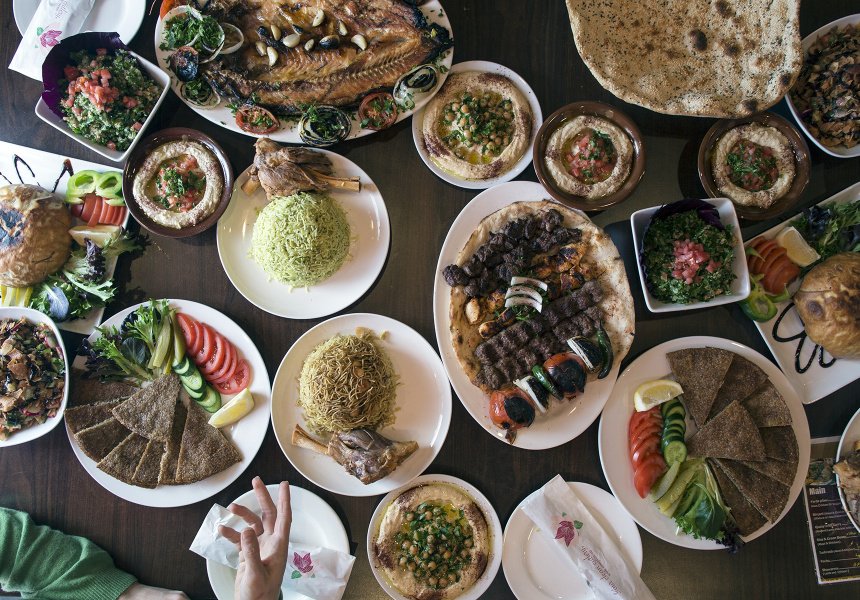 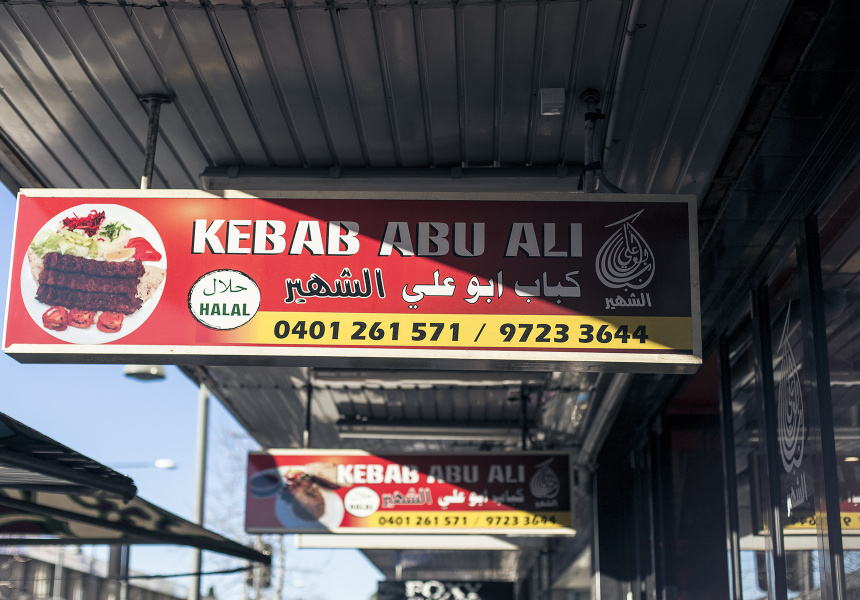 When you arrive at Abu Ali you’re greeted by a wide grin crowned by a manicured moustache and a broad hand adorned with bulging rings. They belong to Mosslem Alzargani, Abu Ali’s charismatic founder. When he first started making traditional Iraqi food in Auburn 14 years ago, he did everything; made the bread, roasted the meat and waited tables. Now at a bigger, more decorated restaurant in Fairfield, his eldest son handles most of those jobs while he takes care of his guests.

He’s a very generous host and will encourage you to eat everything. First off the menu is usually Alzargani’s favourite, the teeman ala baggella, a buttery broad bean and dill rice dish served with a succulent lamb shank. Alzargani says every Iraqi dinner party has two things, teeman ala baggella and tea.

In Iraq it’s normal to eat everything with bread, including rice. Look around at Abu Ali and you’ll see people using sesame-sprinkled flat bread to scoop up piles of textural biryani with almonds, pine nuts and crispy noodles. All of the flat breads at Abu Ali are made by hand and cooked against the side of a traditional tandoor oven. It’s quite a magnificent site seeing Alzargani’s calloused, bejewelled hands whirl a sheet of dough with the dexterity and speed of a young dancer.

Next to the tandoor is the other essential Iraqi cooking companion, the open fire charcoal grill. Alzargani and his sons use the open flame to cook the restaurant’s famous kebabs and masgûf, an Iraqi-style roast fish. Alzargani says his Iraqi customers always order the mince-lamb kebab, the masgûf and the parda plaw, a giant flaky bread dome filled with Abu Ali’s crunchy biryani, because they’re the most difficult to make at home. The masgûf is particularly arduous. First the fish has to be salted and marinated and then it’s cooked, usually for more than an hour, above an open flame until the fish’s fat has burnt off (Alzargani imports freshwater carp, a fatty river fish from Malaysia, to emulate what would normally be caught in the Tigris or Euphrates). It comes to the table splayed like a spatchcock with an incredible orange glaze.

In Iraq it’s traditional to snack mezze style while waiting for the masgûf to cook. At Abu Ali we’d recommend getting the hummus, babaganoush, and house-made pickles with kubba al mosul, a burghal pancake made with lamb mince that’s baked and fried to give it a crunchy texture.

For a particularly unique experience, try Abu Ali’s traditional Iraqi breakfast with a variety of Iraqi spiced eggs and pacha, a rigorously prepared bowl of sheep’s head parts. For those squirming at the idea of tasting eye and tongue, remember people in Iraq eat that every day for no other reason than that it’s delicious.