Local Knowledge: In The Jin 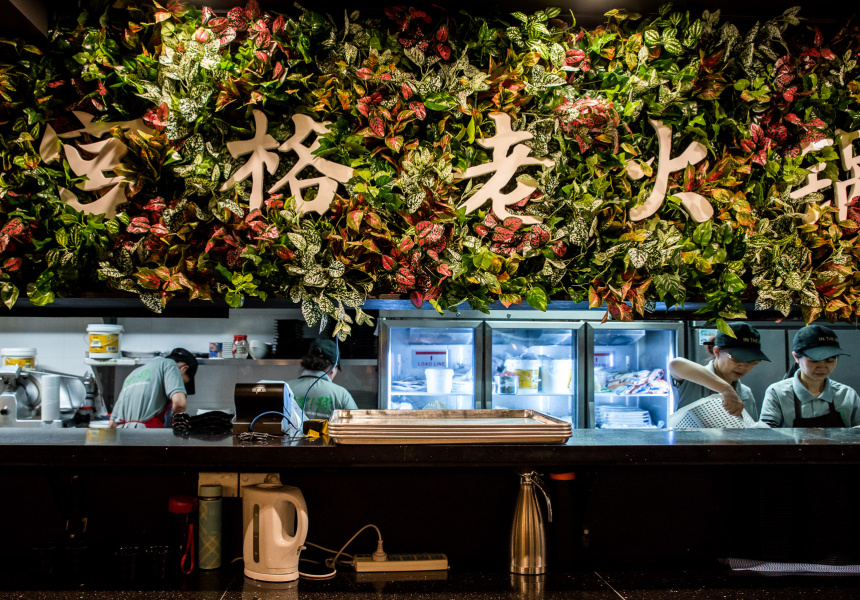 We’re sitting around four steaming soups. Two carry the colour and aroma of roast chillies, and the others bubble to reveal shallots, jujube dates, garlic shards and goji berries, and smell like a typical Chinese chicken broth. Before we can ask what to add to them, four pig brains, a plate of sliced duck intestines, several cow throats, and a dome of fresh tripe arrive at the table. Seed Chen, the owner here at In the Jin, looks at us with an expectant grin and says, "This is a traditional hot pot."

Chen is right. Once upon a time, in Sichuan city of Chengdu, hot pots were filled with every edible off cut available – that’s just what most locals could afford. That’s not the case anymore though. Chengdu is now a wealthy city and modern hot pot restaurants have ingredient lists as long and varied as an ancient family tree.

While In the Jin’s choice to serve a wide variety of fresh offal has proved popular, it’s not the only thing on the menu, nor the only reason this restaurant is often heaving on Friday night. If duck tongues and fresh aorta aren’t your thing, there’s also abalone slices, baby octopus, lobster balls, wontons, pork belly, sweet potato noodles, lotus root and wagyu beef. Chen and his staff can advise you on how long to cook each.

The other reason it’s captured such a loyal following is the quality of the soups. Unlike many of his competitors who import powdered of freeze-dried Chinese stocks and ingredients, Chen makes all his soups in-house.

Remarkably, just four years ago, he didn’t know how to cook a thing. “I was studying architecture at UTS, and I used to paint in China. I’m kind of an artist,” says Chen.

But the idea of working 9 to 5 as an architect didn’t appeal to him, so he decided to open a restaurant – with the help of his mother-in-law.

She’s the owner of a famous, multiple decade old hot pot restaurant in Chengdu, and she taught Chen everything he knows. The only difference between a hot pot at In the Jin and one in Chengdu is a few spices and herbs that can’t be found in Sydney.

Chen’s mother-in-law also taught him to make traditional hot pot side dishes. In Chengdu, it’s typical to have sweet dishes alongside the main meal – to offset the salty, spicy, intensity of the soup. “Hot pot is strong,” says Chen. “When you're happy, hot pot makes you more happy. When you’re sad it makes you more sad.”

While you’re cooking your brains, and snacking on spicy ribs, try some crisp fried mantou buns dipped in condensed milk dip; chewy glutinous rice pancakes glazed with brown sugar; or a miniature bowl of herbal jelly with cranberries to lighten things up.