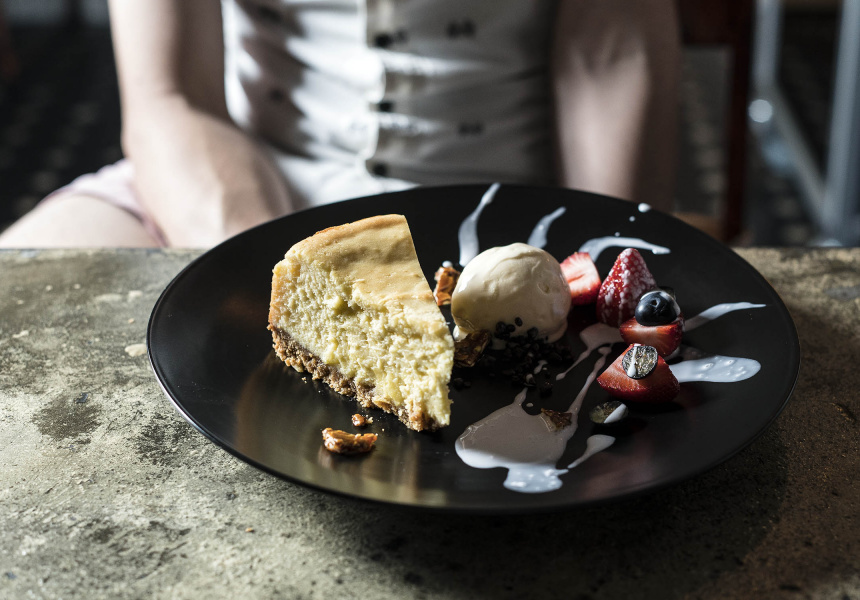 There’s a mythology around the food of Penang. All over the world you’ll hear people say the Malaysian region has some of the best food on earth. Even in Malaysia, where there can be fierce rivalries between different areas, many talk about it being the best food in the country.

There’s a regular debate in Sydney about which of our Malaysian restaurants best captures this flavour; Ho Jiak, Penang Hawker and Epping’s Penang Cuisine all get votes. The latest contender is Jilat Jilat, a Darlinghurst cafe run by William Teoh and Mark Tok, two Penang natives.

The cafe is tiny and hidden on a back street between Crown and Oxford. Anyone who’s walked past could understandably be confused about what exactly it does. Despite the miniature kitchen Teoh and Tok are working with, the menu is enormous and flits between Penang street food, Australian cafe standards, Malaysian home-style recipes and entirely new recipes.

For a taste of the former check out the fried noodle options. A distinct Penang twist on a common East and Southeast-Asian noodle is to wok-fry mee sua, a long noodle that usually comes in a soup. “The noodles are so long we say you will live longer [if you eat it]. It's an ancient Chinese tradition. You eat them for New Year or your birthday,” says Tok.

All over Malaysia you can get char kway teow, flat noodles tossed with pork fat, shrimp paste, prawns and chives. In Penang they add salted duck eggs too, which gives it a rich savoury flavour.

All of Teoh’s wok-fried noodles are punchy with wok hei (“breath of the wok”) – a smoky, savoury but not burnt flavour a skilled wok chef can get from using an extremely hot wok. He even gets the same charred flavour in wetter noodle dishes, such as the gravy-smothered char hor fun.

Fish rempah is a better example of Jilat Jilat’s old-fashioned home-style food. It’s a simple recipe of mackerel (or another strongly flavoured white-flesh fish) stuffed with a tart and slightly shrimp-y chilli paste that’s then fried in a generously oiled wok. “It’s very simple, nothing special, just no one makes it here,” Teoh says. “[At Jilat Jilat] we want to make the lost flavour we couldn't find. To go back into the old days and recreate the food of our mums.”

Although the Penang dishes have been increasingly popular, they’re not the only reason the tiny one-year old cafe's reputation has spread among Jilat Jilat’s Malaysian clientele. They’ve been coming to try Tok and Toeh’s inventions: durian cheesecakes, Malaysian-curry chicken pies, lemongrass pannacotta and more.

These might sound gimmicky, but the duo has the skills to pull them off. They’ve both been working in the hospitality industry since they were teens – Teoh started on the street, and Tok at a bakery. They’ve spent the 20 years between then and now slogging it at Penang hawker stalls, small bakeries, in the kitchens of big Southeast Asian hotels and then in Australian restaurants.

Even with that history they still can’t articulate why the food of their native home is so good. “If you ask me why Penang food is different, I don't know. We are from Penang and we don't know the difference. Our grandmas say it's the water,” says Teoh.

This article first appeared on Broadsheet on November 7, 2019. Some menu items and details may have changed since publication.