Sydney’s only Christmas and Cocos Islands restaurant is famous for satay and roti. 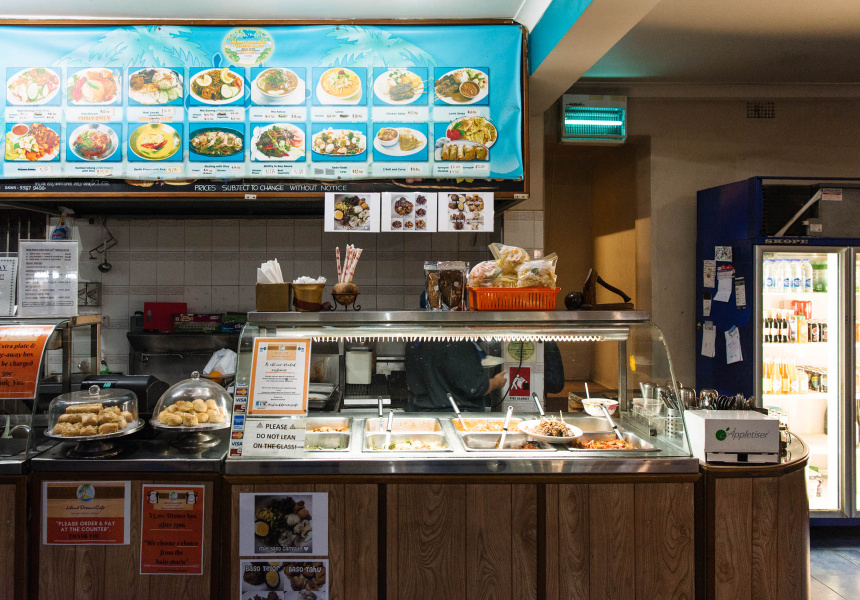 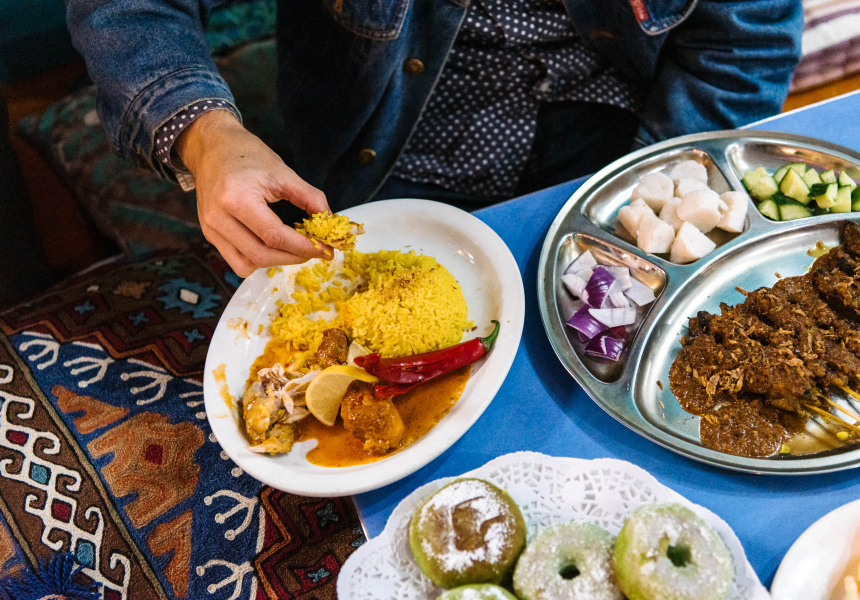 This isn’t your average “Local Knowledge” story. Usually we call a community organisation, a well-connected chef, or just someone who’s well connected from a specific cultural community. We ask them where they like to eat and what places are meaningful to their communities. But there isn’t a community group for the Christmas and Cocos Islands, two remote Australian territories that lie just south-west of Indonesia. In fact there’s just a few families in Sydney.

We found Island Dreams in Lakemba via recommendations from many Sydney-based Malaysians, who say its charcoal barbequed satay skewers, and the house-made peanut sauce they’re smothered in, are the best. Out of a combined total population of 2387 people, Christmas Island and the Cocos Islands have large populations of ethnic Malays, and Indonesian and Malaysian dishes like satay are popular.

Alimah bte Bilda and her family arrived in Sydney in 1973 after leaving because of the forced racial segregation of Christmas Island. “Everything was segregated. We couldn’t go to the white school,” says Bilda. “The people after us were lucky. It changed in 1975.”

Island Dreams Cafe was the first and still one of the few halal restaurants serving Malaysian and Indonesian style-dishes, and these days its buttery rotis, paper-wrapped $7 nasi lemaks and rich rendang curries have become popular with Sydney’s growing community of Muslim Malays.

While Lakemba is multicultural today, when Island Dreams opened in 1996, most people came from Lebanon and Bilda says they didn’t understand the menu and didn’t realise it was halal. “Everyone asked, ‘Are you selling halal, is that halal?’ [Some] people thought being Muslim was only for Arabs.”

When we ask Bilda what Islander cuisine is, she says it’s a simple cuisine, one influenced by fresh seafood and the lack of arable land for growing fresh produce. The first islander dish she shows us is the loudly crunchy and rainbow-coloured fish crackers made by Bilda’s WA relatives.

She also talks fondly about fresh fish fried and topped with soy, vinegar, chilli and ginger, and chilli chicken (a spicy, herbal chicken on the bone dripping in a viscous, translucent red gravy). You have to call ahead for the more Christmas Island-style of chilli chicken, which is dry, like Indonesian ayam bakar. “My son, when he comes, he always gets the chilli chicken because his wife can't cook the same as me,” Bilda says, laughing.

Whether it’s a Christmas Island speciality or a Bilda invention is uncertain, but one of Island Dreams’ specialties is puffed roti with pumpkin jam that’s sweetened with palm sugar – a popular breakfast order with tea. That and the pandan and jackfruit cake, a radioactively coloured green triangle that looks like a chiffon slice but tastes like a herbal, sweetened rice ball.