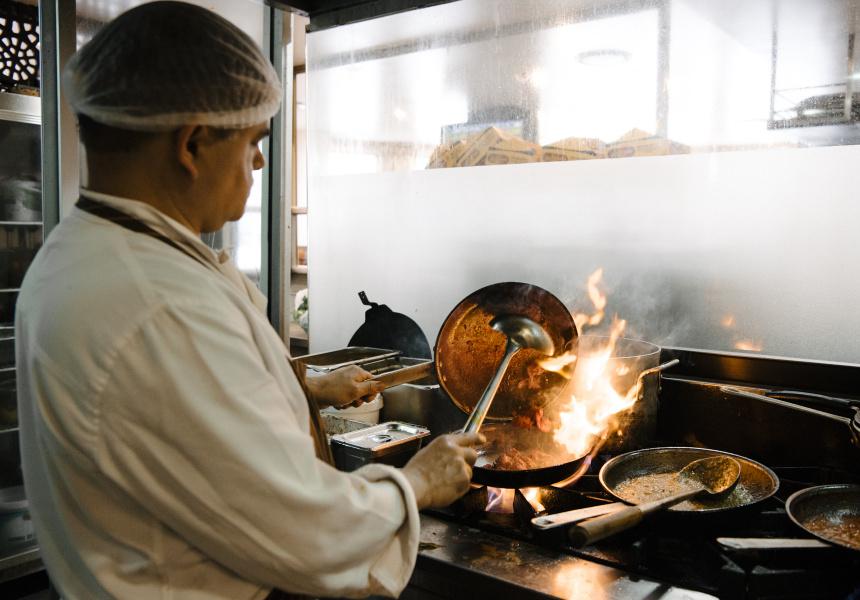 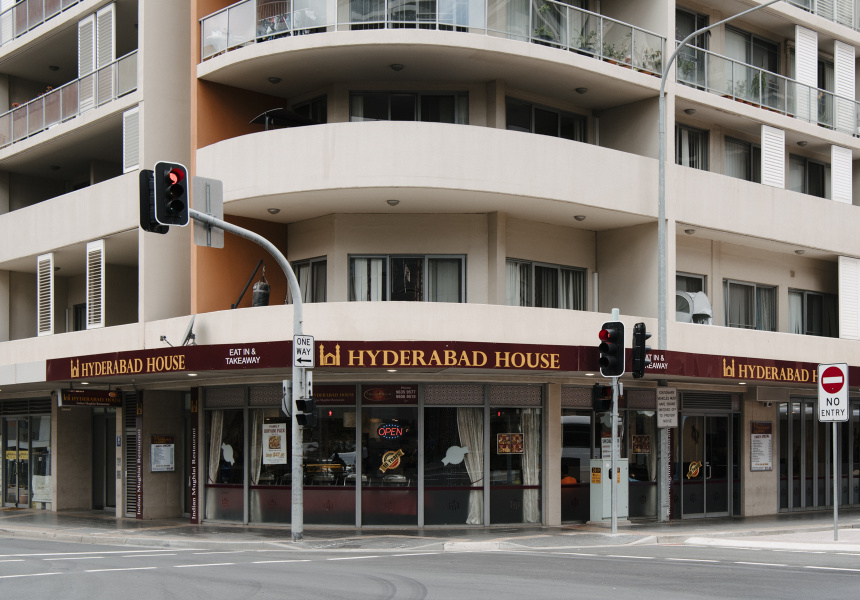 Late last year we contacted an Indian community group to ask about restaurants popular for serving regional styles of Indian cuisine. We got more than 30 responses, confirming Sydney has a wider and richer representation of Indian food than we first thought.

We got many recommendations to try the cuisine of Hyderabad, in south-central India, either at Wentworthville’s Swagath Biryani House or Hyderabad House in Parramatta, both in Sydney’s western suburbs. We ended up among the bright-red chairs and silky curtains at the latter.

Indian food in Sydney is generally categorised into two regional styles: north and south. From the north we get butter chicken, naan and palak paneer (Indian cottage cheese in a creamy spinach gravy), and from the South dosa (a type of pancake), idli (rice cake) and thalis (a platter of various dishes). Hyderabad cuisine doesn’t fit into either category. “Hyderbad cuisine is … influenced by the Mughal dynasty [1526 to 1761]. It's a combination of Turkish, Arabic and Indian [foods],” says Rehan Ali, the owner of Hyderabad House.

The best example of it is haleem, a Middle Eastern stew as thick and starchy as a glob of partially baked dough. The texture comes from pounding wheat and ground meat (Hyderabadis use lamb) into a paste, and then cooking it for almost an entire day with spices and lentils. Toppings provide textural variety; Ali’s chefs add ground nuts, crisp-fried onions, fresh coriander and a boiled egg. In Hyderabad it’s both a hearty street food and a ceremonial dish common at iftar (the evening meal eaten by Muslims during Ramadan).

It is the opposite in many ways to Chicken 65, Hyderabad-style junk food. The mysteriously named dish involves battered fried chicken being refried with a spicy, vibrantly red, curry leaf-mottled yoghurt mix. The most popular and locally renowned dish, though, is biryani. The mixed-rice dish is found all over India and the entire sub-continent, Southeast Asia and the Middle East, and Hyderabadis are proud their version is different. “We make dum biryani, meaning ‘layered’, [and use the] pressure cooker,” Ali says. Unlike a regular biryani, where all the finished ingredients are mixed together, dum biryani is made by steaming all the raw ingredients together in a single, enormous pot.

It’s noticeably different. There’s less emphasis on that rich but generically savoury biryani gravy, and it’s more herbal, aromatic (the cardamom is particularly noticeable) and light. It’s demanding to make; it takes the kitchen team several hours, so you’ll have to wait until 12.30pm to order it. Alternatively, get a standard-style biryani from the buffet – it’s $16 all you can eat.

You’ll find a lot of the usual Indian standards in the buffet and on the menu, too. Ali says the butter chicken is unlike any other. We’ve heard chefs say this before, and we’re hard to convince – butter chicken generally tastes the same everywhere. But this one’s different. The chicken is roasted in a tandoor, which gives it and the gravy an earthy barbeque-like flavour.

This article first appeared on Broadsheet on October 3, 2018. Menu items may have changed since publication.