Peppery pork buns and Taiwanese congee with doughnut dipping sticks for breakfast, and for lunch, handmade noodles and pork-fat-infused rice. 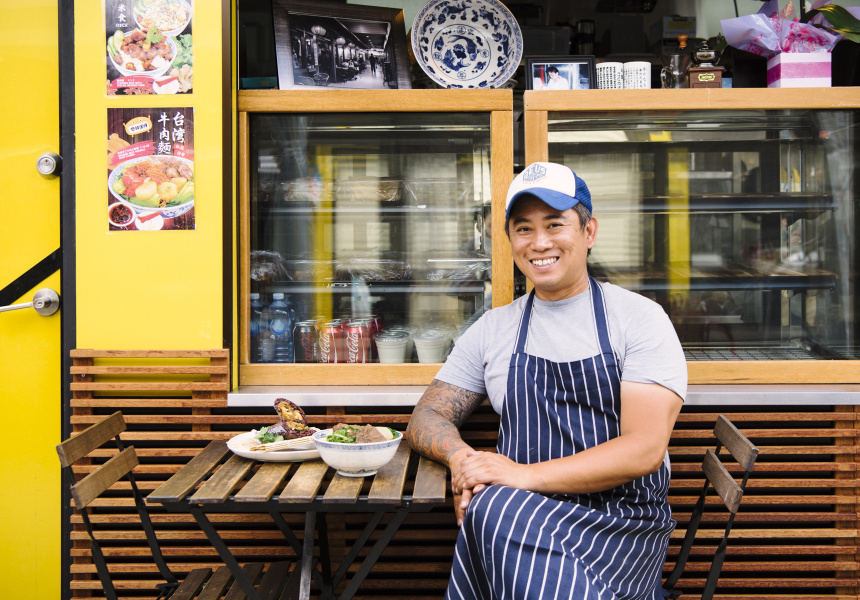 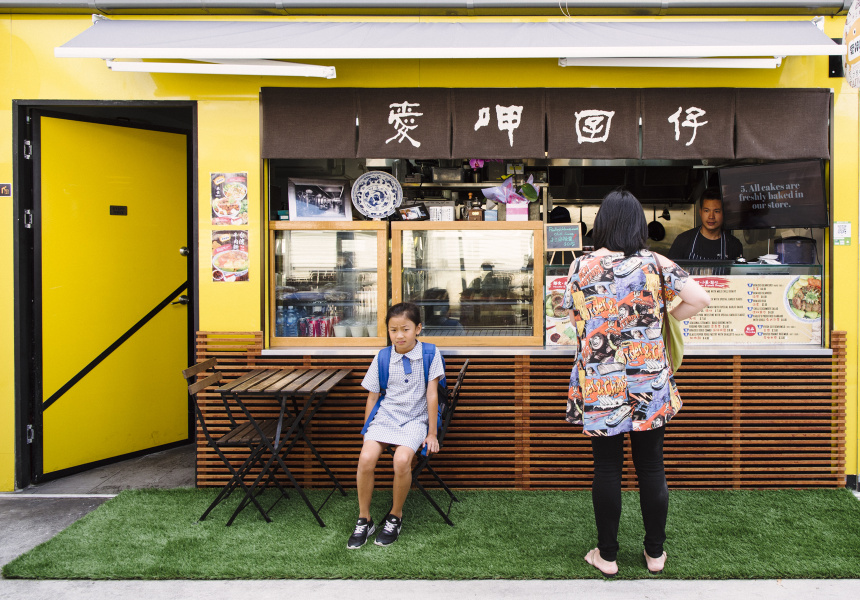 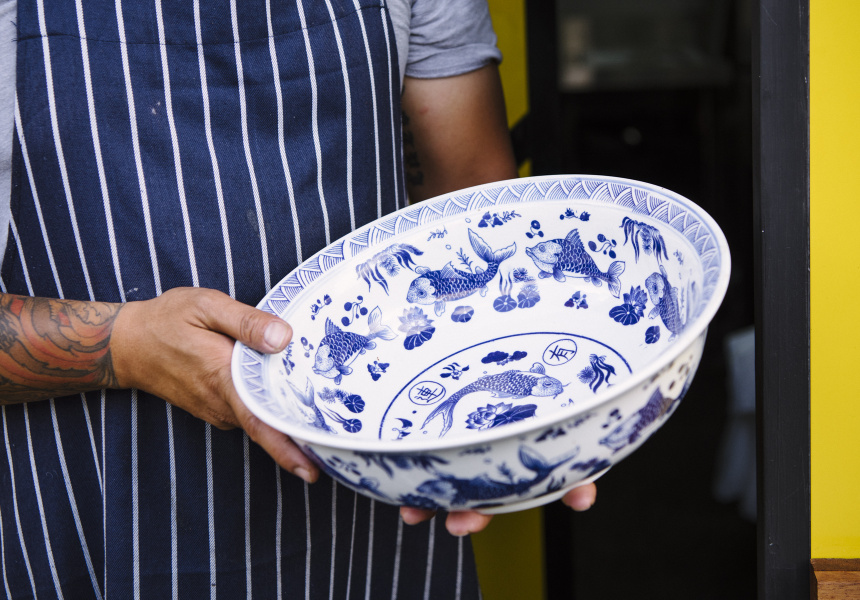 In much of Asia, Taiwan has a reputation for being one of the best food destinations. In Sydney, though, there are hardly any Taiwanese restaurants, and the cuisine doesn’t really have the same gravitas. Arthur Kuan-Lung Chu is hoping to change that.

His family founded Mother Chu’s, a tiny and once-loved vegetarian Taiwanese restaurant in Haymarket. His grandma, mother Chu, and uncle Paul Chun-Po, left the business some years ago but Chu hopes to continue their legacy at his new restaurant, Hungry Paulie. “My uncle was like a father figure to me. He taught me everything I know about Taiwanese cuisine. He passed away four or five years ago. This is partly why I wanted to do Hungry Paulie.”

Chu’s plan is already on track; his new Eastwood market-stall restaurant (it’s tucked in Eastwood’s new outdoor food market) has gained a strong reputation for the same things that made Mother Chu’s great.

At seven every morning Chu wheels the restaurant’s cart down to the street. He’s already spent three hours handling dough and pots of stewing rice, and the cart is stocked with a bubbling pot of congee, sushi-like glutinous rice rolls and a variety of Taiwanese bready snacks.

If you’re ordering congee, get Chu’s homemade youtiao as a dipping tool. “The translation means ‘oily stick’, but most people call it a Chinese doughnut,” says Chu. If not, try shāo bǐng (unleavened, flaky sesame-topped bread buns) or one of Taiwan’s most popular street snacks: hújiāo bǐng (a doughy, crunchy-edged bun filled with heavily peppered pork and shallots).

It’s mostly on the saltier and meatier end of the breakfast scale but that’s where the soy milk comes into play – to balance those flavours out. “I'm really proud that we make it here. We get complaints that it's too plain but no, that's the flavour of real soy milk,” says Chu.

Once the morning rush is over the roaming cart retreats to the market space where Chu switches his attention to his beef broths and noodle making. Taiwanese beef soup is a mainstay in almost all Taiwanese restaurants outside of Taiwan, and Chu says he takes his recipe from Taiwan’s modern soup makers. “We use pork tail bones and chicken feet as well as beef shin bones – it gives body to it. We also add apples, carrot, tomato and white radish. Once they’re done we blend them and put them back into the soup.”

If there’s drinking involved, Taiwanese cuisine will drop the soups for don-like rice bowls – Chu does a particularly drink-friendly iteration with pork-fat-infused rice topped with shards of crackling and shallots – and sides of pungent seaweed, garlicky beef stomach or maybe some chilli-oil-braised pork ears. “My father, uncle and grandma used to give [pork-fat rice] to me, it was the cheapest food to produce. We never threw away anything,” says Chu.