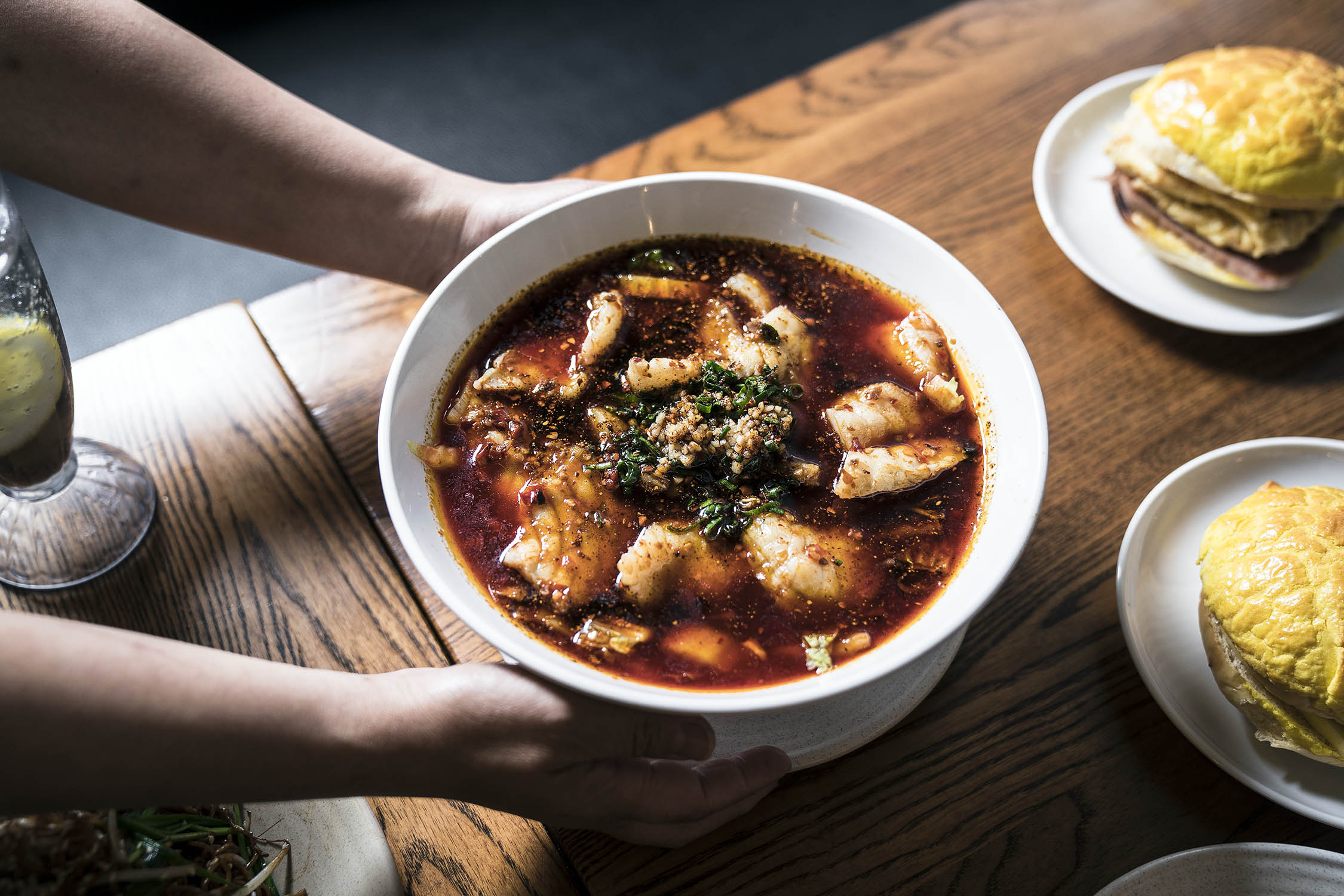 Hong Kong Kitchen’s menu is one of the biggest and most diverse in Sydney. It’s got spaghetti; borscht; fried chicken; baked pork chops with cheese; Sichuan-style fish soup; curry chicken on rice; wok-fried noodles; pineapple buns; takoyaki (Japanese-style octopus balls); French toast; and club sandwiches. Such a contrasting list of cuisines and recipes would be a red flag for many, but for Hongkongers it’s entirely normal – and exactly what’s expected – at a cha chaan teng.

Cha chaan tengs proliferated in Hong Kong in the 1950s. There was a growing working class and a rising demand for milk teas, toast, cake and other Western foods, but the only restaurants that sold them were fine diners. Cha chaan tengs were the answer to that demand: cheap, casual diners with simple fare (both Western and Cantonese) and even simpler interiors. The service was frank and the atmosphere chaotic. “The [staff] work there for 30 to 40 years, the same guys,” Hong Kong Kitchen’s owner Ben Kong says.

In Hong Kong, many of the historic cha chaan tengs have closed, but a wave of new eateries have opened recently. And in Sydney it’s the same. The original local cha chaan teng, Ching Yip Coffee Lounge, is rarely full and there are rumours the building is going to be demolished, but in the last few years Sydney has welcomed new iterations, with flashier fit-outs and a slightly less blunt style of service. Those eclectic menus are still there though. The most popular of them are Hong Kong Bing Sutt in Burwood, Kowloon Cafe in Haymarket, and this one, Hong Kong Kitchen – with three outposts in Sydney – which has the biggest menu.

For anyone new to the cha chaan teng experience it might be intimidating searching through the long list, particularly if there’s a line, it’s loud and the usual bustle is comparable to a popular food court. For a classic Hong Kongese experience, Kong recommends ordering a pineapple bun (a fluffy and slightly sweet bun stuffed with either a slab of butter or ham and eggs), a red-bean iced drink and French toast (preposterously buttery, thick-cut and filled with peanut butter).

Those are the dishes he used to order at Wong Tai Sin, a cha chaan teng in Hong Kong run by his friend’s family. “I grew up with this friend. I would always go to their place to eat. It was my first experience of a cha chaan teng,” he says. “It wasn’t like [Hong Kong Kitchen], it was very traditional, very old. With ceiling fans, small seats and a potty next to the table for people to pour their water in. We had to wash our cutlery and cups back then; your water would go in there. Times have changed.”

When he arrived in Sydney in 1989, Ching Yip was one of the only places he could go to to remind him of that experience. “Everyone in my generation knows this place. We grew up there,” he explains. But after quitting a high-profile IT job a few years ago, he decided to open his own. “I want people to feel like I did as a kid, the same experience I had.”

He plans to open many more outposts of Hong Kong Kitchen – including another modern cha chaan teng in Hong Kong proper, with the same friend whose family’s business started him on this journey.