The only place you’ll eat toast on a skewer. 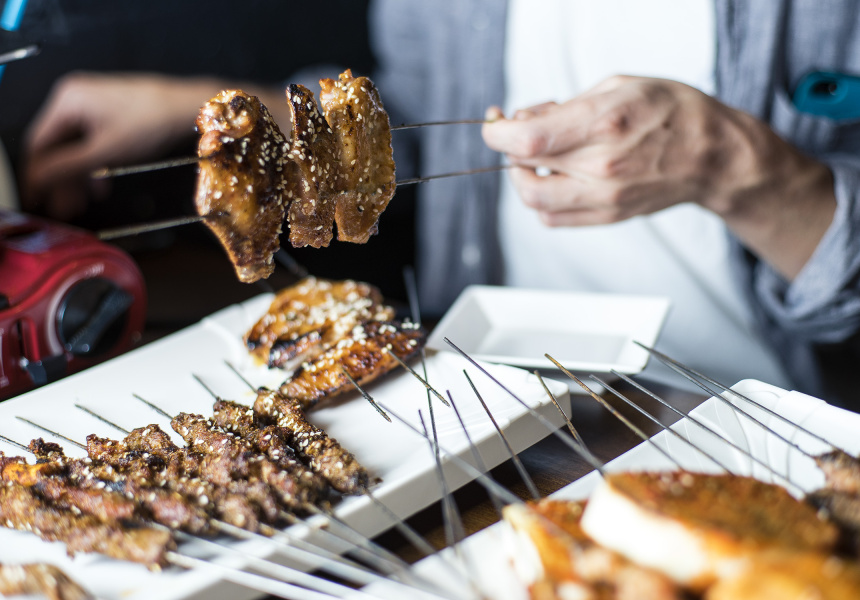 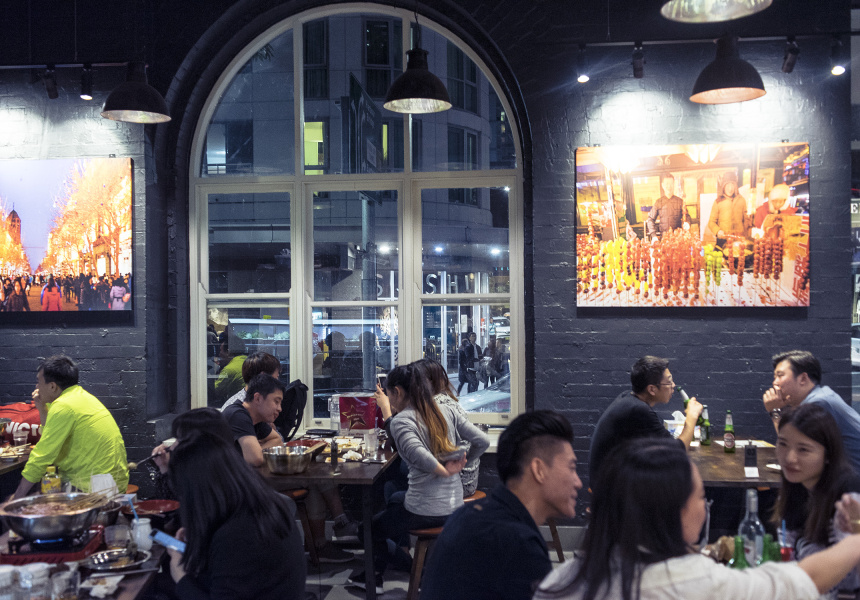 There’s one thing you'll notice when they walk into Harbin Skewers: the smell. Like a bakery, campfire and spit roast all at once. As the name suggests, it serves food popular in Harbin, a city in China near the borders of Russia and North Korea. “It's the most north-east in China,” says Harbin’s owner, Harry Du. “The food is very different to the south. [In the north] they normally cook very heavy, the smell is very heavy.”

The scent of cooking meat comes from the charcoal grill and its endless rows of cumin, salt and chilli smothered skewers. Chinese barbecue or shao kao is one of Harbin, and wider China’s, most popular street foods. “It's just like an Arabic barbecue, but they do the big ones, these are small,” says Du. This style of barbecue probably originated in Xinjiang, a western-Chinese province that borders Afghanistan and Pakistan.

Like in Xinjiang, the most popular skewer choice in Harbin is the cumin-dusted lamb skewer. But unlike in Xinjiang, the rest of Harbin’s shao kao menu is a free-for-all. At Harbin Skewers there’s pig skin; honeyed cartilage; potato; sweet chicken wings; spicy chicken wings; north-eastern style Chinese sausage; bull paddywack (a ligament near the neck); stinky tofu; fresh oysters; pork belly; sheep kidney; lotus root; and even toast. All of that is not even half of the selection.

Du is totally in love with it. He’s not from Harbin, but his wife Amber Wang is (she’s related to the owner of Yang Guo Fu Malatang, another north-eastern Chinese restaurant). After studying in Sydney and selling shoes for a few years, Du missed his favourite cuisine (Du and Wang are not fans of Sydney’s other Chinese barbecues), so he travelled back to China, got a job at a famous barbecue restaurant in Harbin, learned all their secrets, and returned to Sydney to try them out himself. “It was two months, they taught me everything,” he says.

In Harbin the skewers are eaten in almost any situation; alone, part of a feast, as a snack or a meal. They’re often eaten with beer as well. Harbin doesn’t have a licence, but it does have north-eastern style hot pots (which you don’t actually eat or drink, but use to cook the skewers), and a range of cold dishes you’d be hard pressed to find on many other Chinatown menus. Du says the most classic Harbin cold dish is the tossed mung-bean salad soaked in soy and vinegar, and topped with a tahini-like sesame paste.

The overall palate of the cuisine isn’t particularly delicate. Although it’s simple in terms of ingredients used, it’s generally pretty rich, but this can be offset with another Harbin speciality, sweetened yoghurt drinks.