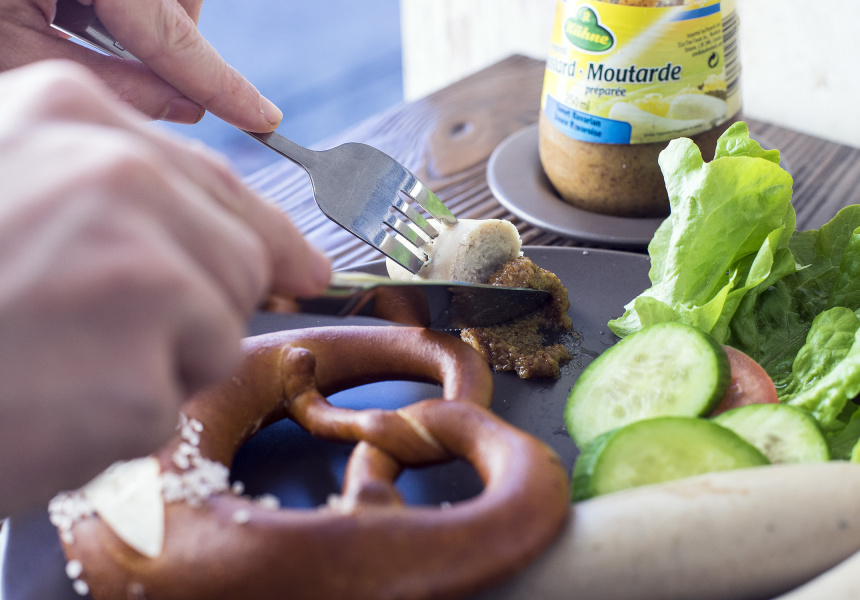 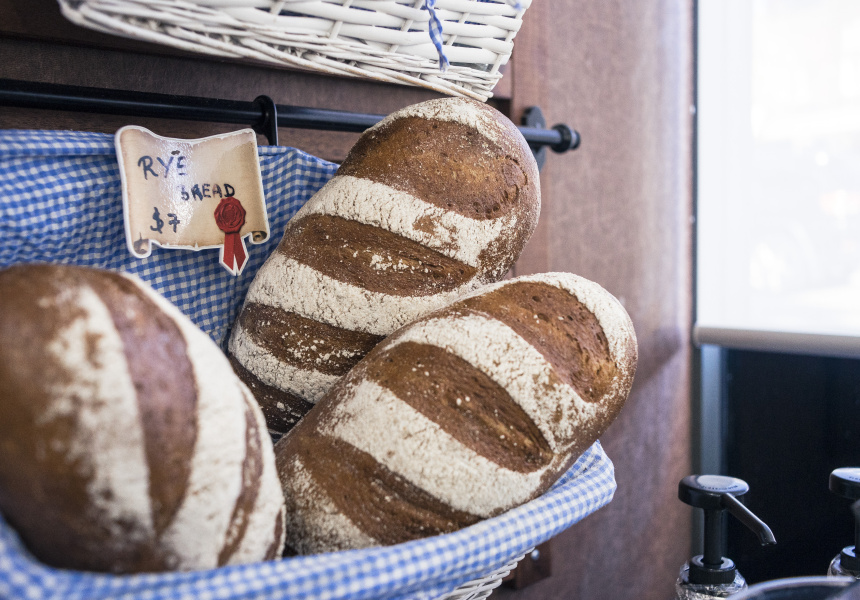 The south‐eastern German state of Bavaria has a brunch tradition called frühschoppen, where men, (for the most part), will meet at the local tavern or pub to talk about life and enjoy a weisswurst (a veal, back‐ bacon and parsley sausage), a pretzel, some sweet mustard and a beer. There aren’t many places to get a beer in Sydney at 11am, but the German Butchery is one.

As well as providing takeaway wurst sandwiches to the local tradie crowd, the Bexley butcher also serves a few traditional German meals. The most classic is the frühschoppen‐style Bavarian weisswurst. The sausages, white in colour from being cooked in almost boiling water, are made by Tino Dees, who owns the butchery with wife Kati.

“[Butchery] was always my passion. I have been butchering since I was 15,” he says. He worked his way up to a role as a spice merchant in an international small-goods company, but, after two years based in isolated regions such as Siberia, Dees wanted a change of scene. “I was travelling the world, but it was boring,” he says. He transferred to Sydney, quit his job and started the city’s only dedicated German butchery.

The butchery has an exhaustive range of meat, which covers both the old-fashioned recipes Dees learnt as an East German apprentice and the cold‐cuts he gained a taste for during his time in Russia. From Germany you can find filletblutwurst (German blood sausage with pork‐fillet chunks), presskopf (spiced brawn and pork pieces set in aspic jelly), and a range of kranskys, bratwursts, currywursts and frankfurters. From the Eastern side are such cuts as doktorskaya (nutmeg‐spiced Russian pork sausage), lubitelskaya (a fattier doktorskaya) and Prague‐style smoked hams.

Between the bewilderingly large sausage display and the butchery’s small coffee counter –which also sells German and Austrian sodas, malt beers and non‐alcoholic beers for frühschoppen– sit a few tables, where you can have most of the products above arranged on a meat platter, in a roll (from Neu’s German bakery in Banksmeadow) or simply with sauerkraut and mustard.

“One of the most popular is the leberkäse,” says Madeleine Herz, the butchery’s manager. Strangely, leberkäse, or liver‐ cheese as it’s sometimes called, doesn’t necessarily contain any liver or cheese. It’s made by finely mincing pork, bacon and onions and then baking the mixture in a bread‐loaf pan to give it a bronzed, crusty edge. Imagine it as deluxe spam. “You can eat it either as a cold cut or you can slice it thick and pan‐fry it with an egg over it for breakfast,” says Dees. Fry it, put it in a roll with mustard and you’ve got a damn fine lunch.