Lebanese banquets and breakfasts modelled on the cuisine of Lebanon’s grandmas. 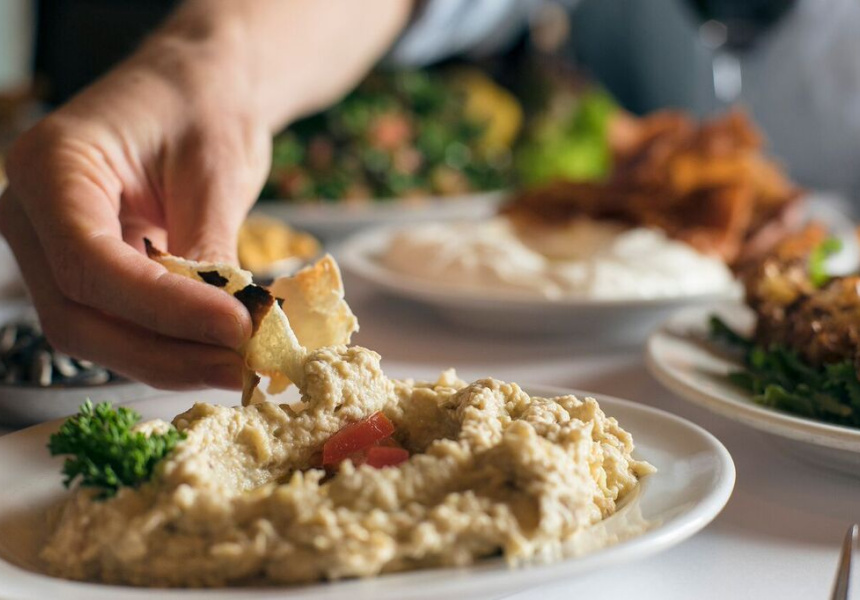 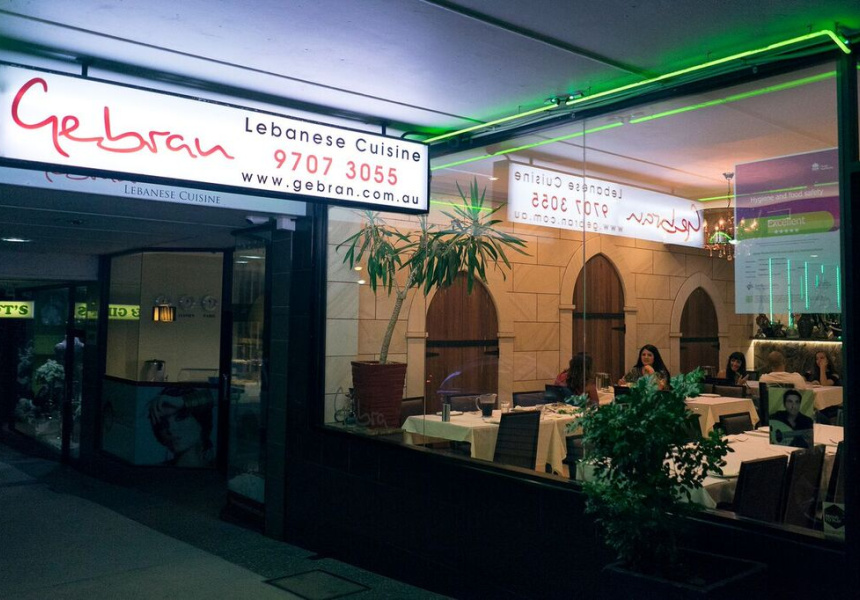 Imagine a spread of mezze like a kid’s craft table – colours, shapes and flavours all competing for space. With a waft of butter, garlic and a sense of occasion, the main course arrives and the mezze plates are pushed aside. A platter of lamb docks at the table’s centre; not loin, rump, shank or leg, but a single steaming head surrounded by a moat of intestinal sausages and a pool of garlic sauce.

“This is the most traditional Lebanese. It’s the food my grandparents make, what I was raised on back in the village in the mountains of Lebanon.” John Gebran is the owner, founder and chef of Gebran Lebanese Cuisine, one of the only restaurants in Sydney to serve old-school, rural Lebanese food. “I want to give the people what no other Lebanese restaurant has. Offal, lamb heads and stuffed intestines. I know it sounds awful, but I tell you: eat this and you'll think, ‘Wow what the hell is this?’”

Gebran has developed a reputation in Sydney’s Lebanese community for not only serving the staple recipes of Lebanon’s grandmas, but for doing it extremely well. The lamb head, for instance, is no gimmick. The rich flesh is supple and moist from a four-hour infusion in lamb broth, and the surrounding intestines, stuffed with rice and spiced mincemeat, are as tender and flavoursome as any well-made sausage. There’s an array of laboriously traditional and precise mezze as well – dumplings of lamb blended with burghul and pine nuts; various handmade sausages; empanada-like pastries stuffed with creamy chicken or fetta and parsley; and some of the best hommos, baba ghannouj and labneh Sydney has to offer.

That’s all just in the main restaurant. After Gebran Lebanese Cuisine opened as a white-table-clothed beacon for dinners who want to stay a while, it expanded to include a takeaway business and breakfast trade with an entirely different menu centred on Lebanese pizza. Like everything made here, the pizzas, or manaeesh, are made according to the traditions of rural Lebanese backyards: “wood fired, rolled and hand made on the spot”. Most tables will eat it topped with Gebran’s za’atar and a side of hot Lebanese cheese or foule, a rich stew of fava beans and chickpeas topped with fresh tomato and parsley.

At any point in the day, whether in the thatched, strangely nautical back room for nargile (Lebanese hookah), or in the plastic-tabled front room waiting for a $4 za’atar roll, there’s a strong family atmosphere. John Gebran, his sisters and son (also John Gebran) seem to know everyone, as do their customers. Everyone reaches over tables, shakes hands, comments on your meal and looks relaxed and generally pleased to be there.