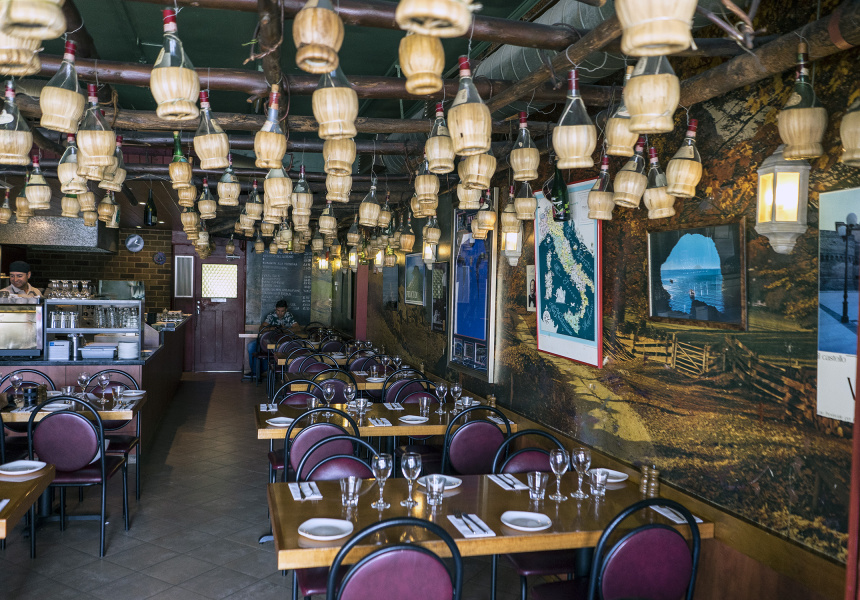 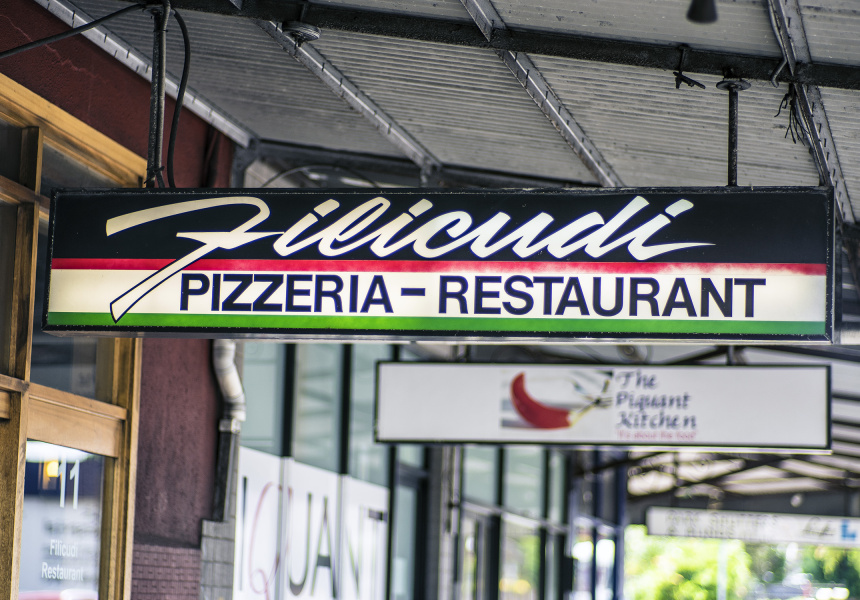 Twenty years worth of empty Chianti bottles are hanging from the ceiling. Faded blue posters selling picturesque Italian islands are on the walls. In the kitchen there are two nonnas and three pots of bubbling, crimson sauce. This is Filicudi, Five Dock’s 37-year-old Italian darling.

Maria Carbone is humble, speaks rhythmically and talks as much with her eyes as she does with her mouth. She’s been working that kitchen for 20 years, and in 2014 she became Filicudi’s sole owner.

Carbone is Sardinian, but left at a young age. She only makes her island’s food occasionally, though – a special menu that she prepares without warning, and only sometimes.

The food at Filicudi is what Carbone learned to cook in Australia. Before joining the original Sicilian owners in Five Dock, Carbone worked first as a dressmaker, then in Camperdown’s biscuit factory. It’s after that she began working with one of Sydney’s most-influential Italian families, the Percuocos (Buon Riccordo, Tartufo). The Percuoco family was instrumental in growing a nuanced Italian restaurant culture in Sydney. It was at the family’s restaurants, Pucinella and Senso Unico, that Carbone learned her trade. “That was my good kitchen school,” she says.

It’s somewhat surprising to hear, because her food isn’t elaborate, embellished or pretty. It’s the kind of food you’d expect on a rural Neapolitan table at two in the afternoon, not in an influential restaurant. The gnocchi is made every morning from fresh potatoes; the bread is baked in-house; the seafood is brought in whole and cleaned.

“The best is penne granchio with blue swimmer crab,” says Carbone after some prompting. It’s a family recipe of tomato pasta with shredded crab, crowned with shelled arms and legs that need to be skewered and snapped to reveal their flesh. Customers also love Carbone’s tender gnocchi al ragu, or a dish from the south, polpi al sugo, a slow-cooked tangle of baby octopus with a rich and spicy tomato gravy. More delicate, but no less luscious, are the zucchini flowers stuffed with four kinds of cheese and so lightly blanched in boiling oil that they’re still soft, but hot enough for their cheesy hearts to melt. Afterwards, try the mascarpone-heavy tiramisu, which unlike at many old-school Italian restaurants, is made on the spot, whisked furiously by Carbone herself.

If you walk past the kitchen you may hear Carbone muttering things, as if she’s in dialogue with what she’s cooking. “Sometimes I talk to the sauces,” she says. Some of her customers say Carbone sings and praises them, the secret to why they’re so good. But she refuses to share what she talks about. “I can’t say,” she laughs with cheeky grin.