The best Filipino food in Sydney is found in Blacktown. 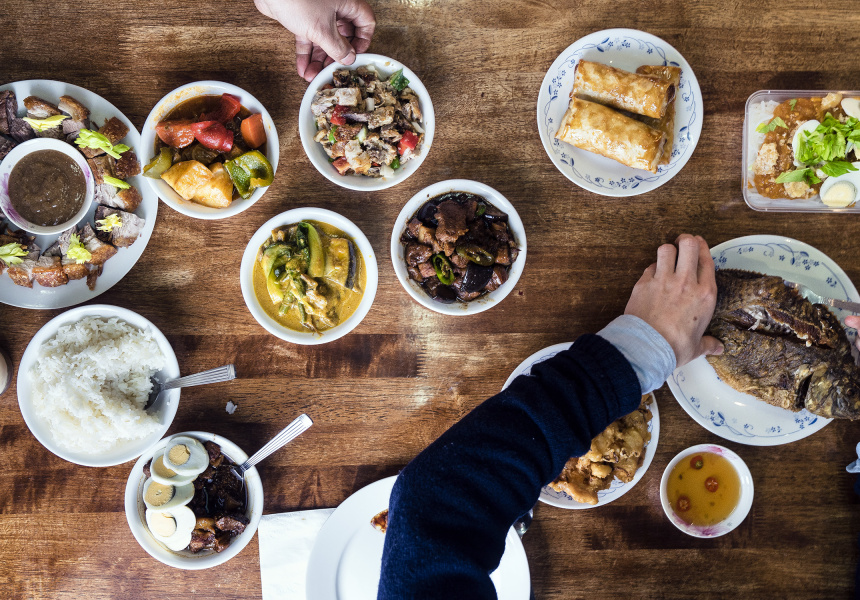 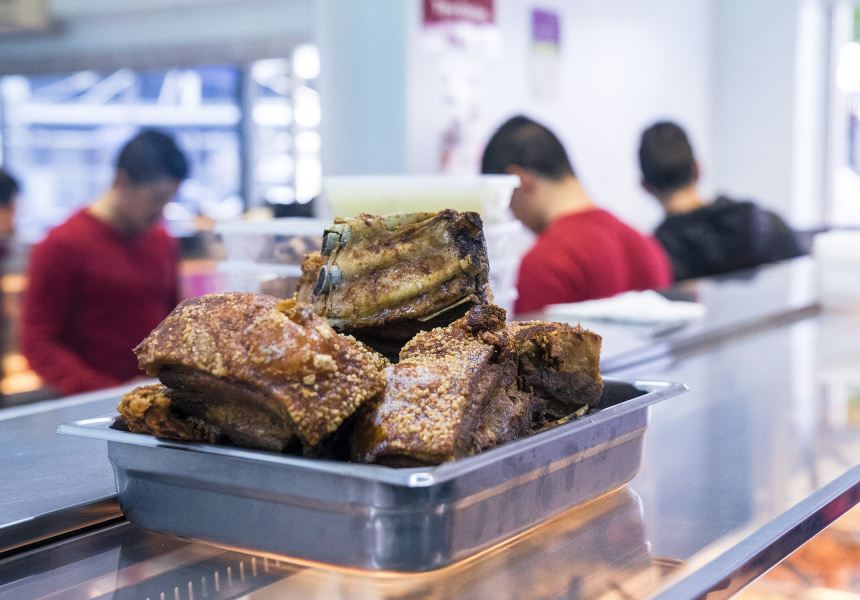 It’s 10am on Friday morning at Fiesta Hot Food and Take Away Shop. There’s a Filipino family talking around a well-stacked table. Without any break in their chatter they tear apart crispy-skinned fish, break and dip crunchy shrimp fritters and share vinegary pork stews, rice and sour fish soups. One of them, a silver-haired woman says, “This is the first time in 30 years I’ve eaten my food.”

Sydney doesn’t have a big Filipino food scene. Aside from La Mesa in Haymarket and Sizzling Filo in Lidcombe, it’s almost entirely found at takeaway shops around Blacktown station. Fiesta Hot Food and Take Away Shop is one of the most popular.

The Lim family has been running it for the past 10 years. Don Lim, who manages the store with his mum Pholie and twin brother King, has been working there since he was 15. “We were born in the Philippines but came over here for better opportunities.”

All the stews, fritters, soups, noodles and stir-fries you see under the counter and on the tables are made by Pholie. “I have six children and I needed to cook for them. So when I came here I made it in [bigger] volumes, for the restaurant,” she says. There must be more than 20 bain-maries along an L shaped counter. The front section works as a snack station. Each one is filled and regularly replenished with well-known dishes from the Philippines.

At the snack section you’ll find spring rolls stuffed with plantains; deep-fried pork belly; whole crisp-skinned fish; homemade pork sausages; shrimp fritters, congee and syrupy purple sweet potato. The rest of the buffet is made up of stews, soups and stir-fries. “One of the most well known is adobo,” says Don. The salty and sour stew made with vinegar, soy sauce, garlic and either pork or chicken is a great example of one of the main tenets of Filipino food: contrasting tastes. Pinakbet is also popular here. It’s a vegetable stew from the north of the Philippines made with sautéed shrimp paste, pumpkin, eggplant, bitter melon and green beans.

The majority of customers don’t dine in. “The concept here is turo, turo. It's pretty much pointing at things and saying what you like. It's like eat and run,” says Don. It’s a popular way of eating in the Philippines and it’s massive in Blacktown too. The Lim family’s shop is one of many, and there’s always a crowd.