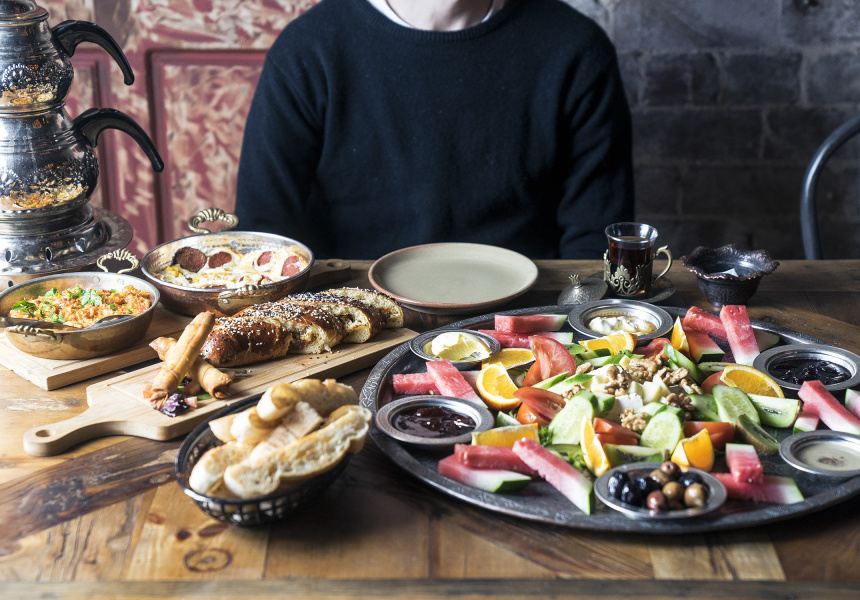 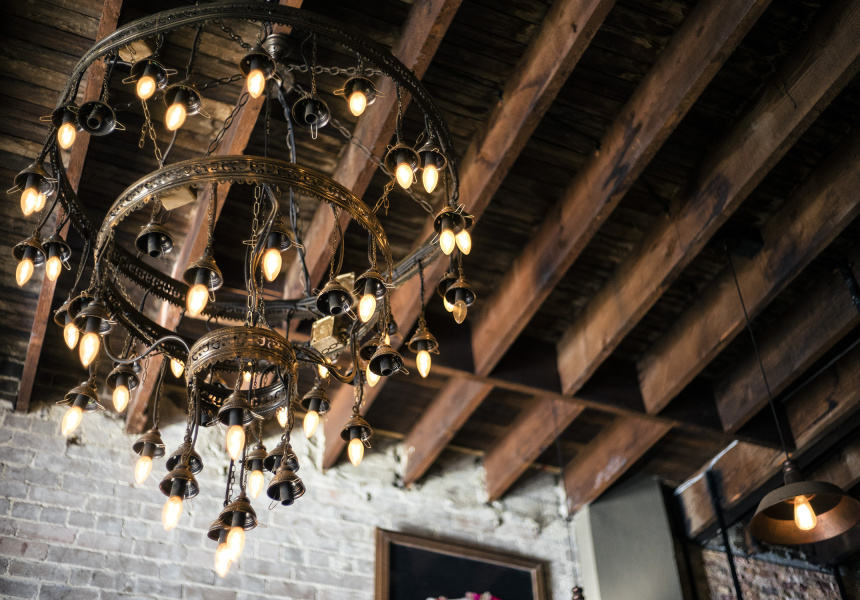 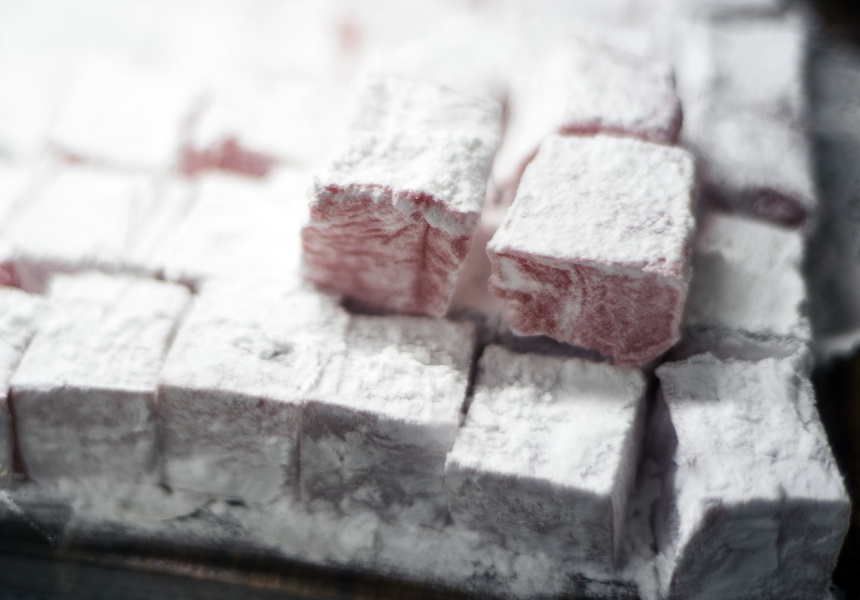 We walk in at 9am. It smells like toasted-cheese sandwiches and sourdough loaves. We’re immediately offered tea and half an hour later we’re sitting down at a long wooden table with hot pastries, Turkish-style eggs and a fruit-and-mezze platter the size of a manhole.

Breakfast is massive in Turkey. The idea of simply smashing a piece of toast and a cappuccino on the way to work is pretty much abominable. “Breakfast is a very important meal for Turkish people,” says Derya Akgun. “It's an absolute must and it’s usually quite large.”

Akgun runs Ferah Cafe and Restaurant in Newtown, which has one of the most incredible breakfast spreads in Sydney. There are options for omelettes, toast and menemen (we’ll get to that) on the menu, but ignore that. The real deal is the Turkish breakfast platters. There are two options: a classic, more modest plate for the solo diner and another absolutely monstrous platter that’s like what you’d find at a traditional family banquet.

It’s lavishly presented and meticulously prepared (all the pastries and sweets are made in-house) but for Akgun, this is simply what she grew up with. “That's all we used to eat. Mum wouldn’t do anything different. We just ate Turkish food,” she says.

Unlike many of the other restaurants in this series, Ferah doesn’t have laminated menus, decade-old wallpaper and plastic chairs. Quite the opposite. It looks like a rural Turkish guesthouse. There are hand-carved wooden doors; an elaborate chandelier; a sun-lit and cushioned courtyard; and a different and beautifully ornate piece of crockery for every drink and dish.

A lot of that is down to the restaurant’s history. “We originally opened as a homewares shop,” says Akgun. She was importing ceramics, rugs and other Turkish household items until one day she opened the shop’s courtyard up for tea and hookah sessions at night. From there it grew into a half-ceramics-store-half-cafe and then into the all-day cafe and restaurant it is now. “It's a big transformation from what it was. Often when I tell people they say, ‘Oh yeah, I bought ceramics from you years ago,’” says Akgun.