It has one of the biggest and best ranges of Lebanese sweets in Sydney. 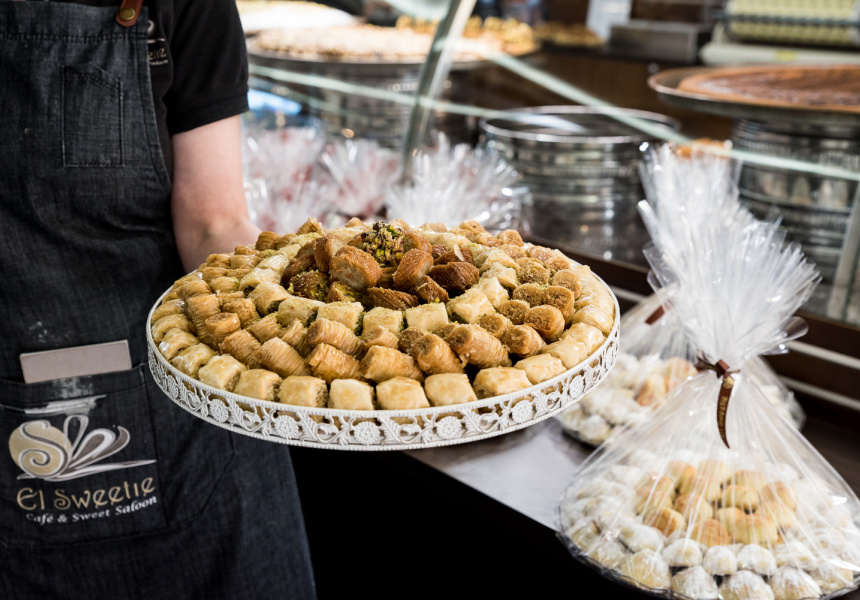 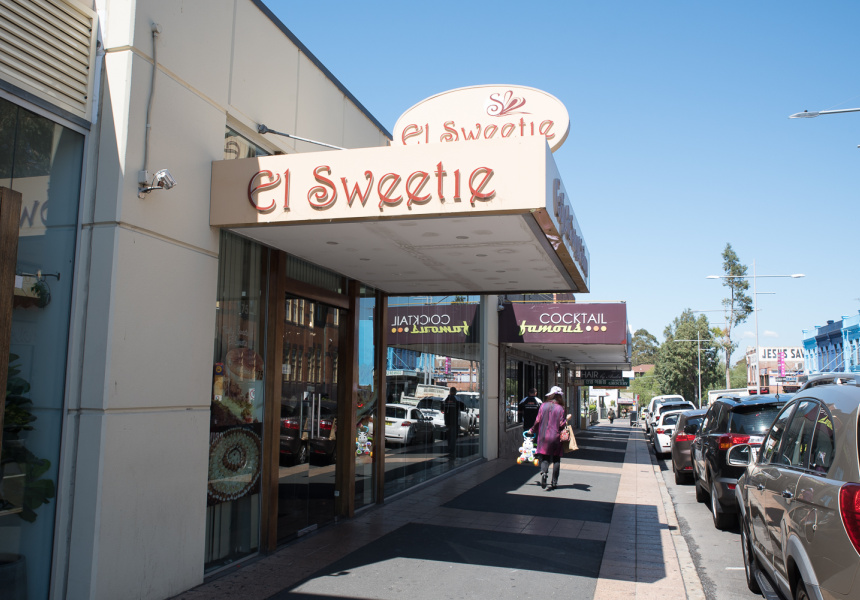 It’s 10pm on Friday night. The rest of the Granville street shops are starting to wind down, but one spot is still madly bustling. Outside El Sweetie groups huddle over crumbly, nutty biscuits and pipes of shisha, their misty plumes of smoke fogging the air. Inside more people chat over tannin-heavy teas and sweets filled with clotted cream, sweetened cheese and date paste. Behind them is a shop selling one of the biggest and broadest selections of Lebanese sweets found anywhere in Sydney.

At the centre of all the action is the Abi-Daher family. Jeannette and her two children, Justin and Darine, have been running the store for 10 years. In that time they’ve built a reputation among the local Lebanese community for serving the most traditional and highest quality sweets in Sydney.

The most popular order is for halawet el jibn (a semolina and cheese crepe stuffed with sweetened cheese) or znood al-sit (a delicate roll of filo pastry filled with ashta, a clotted cream). Like many Lebanese sweets, they’re texturally fascinating. The znood’s outer pastry is fried and then coated with syrup making it brittle but sticky. Snap it in half and you’ll see clotted cream soft and firm like a good mousse.

Then you have pillowy soft knafeh (a semolina and cheese pudding eaten for breakfast), crumbly maamoul biscuits filled with date paste and mafroukeh (a three-layer cake with toasted semolina, cream and nuts), which is simultaneously dense, soft, crunchy, chewy and sticky.

Usually mafroukeh is for special occasions, but having a Lebanese sweet shop in Sydney gives the Abi-Daher family an excuse to make the best items all year round (it’s also Jeannette's favourite) – second to kallaje (fried pancakes stuffed with walnuts and ashta). “They're hard to make and there's only one guy who makes them. He comes for a month and then he disappears,” says Justin. “So many people ask for it so we ask him, ‘Please make it on the weekend', but he says, ‘No, only during Ramandan’,” says Jeannette.

The most remarkable thing about the many pastries here is how unsweetened they are. “Our sweets aren't as sweet as normal. They're not as big, either. You'll see that in Lebanon. The baklawa there, for instance, is tiny compared to what you get here,” Justin says. At many other Sydney patisseries you’ll find baklawa overwhelmingly sweet and literally dripping with syrup. Here they’re delicate, dense, flaky and more dominated by the flavours of the walnuts or pistachios used.

If you’re after something super sweet, try a Lebanese cocktail. “They're not alcoholic – cocktail is just the Lebanese name. It's fruit, avocado mixed with the cream we use for sweets, a mixed fruit juice and then everything is topped with honey, nuts and ashta,” says Justin. “You usually find them on the side of the street. Every Lebanese person knows them.”