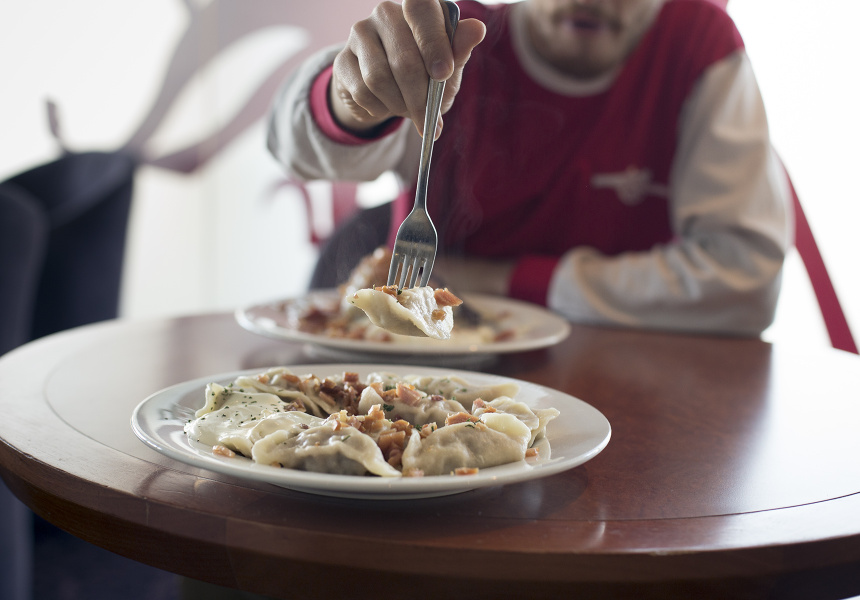 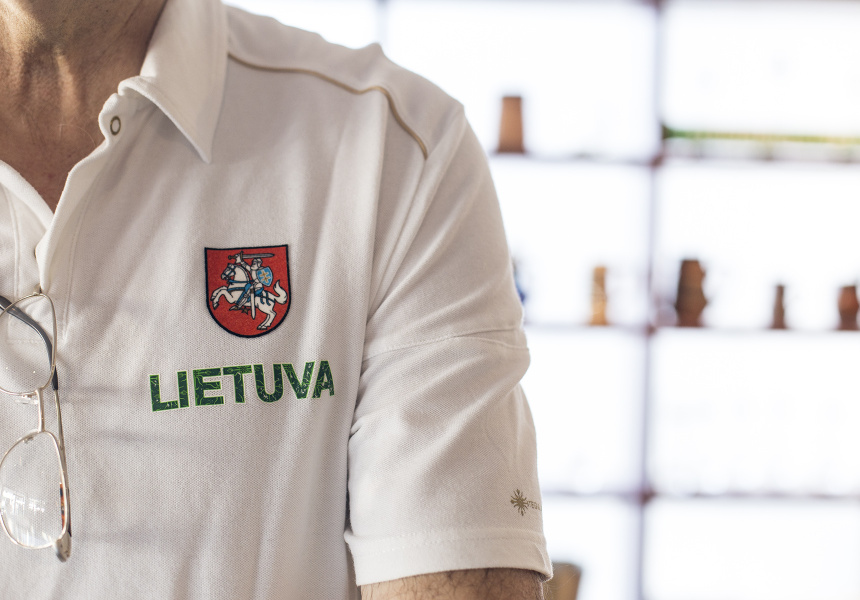 The club was set up 56 years ago by post-war migrants escaping the USSR, and it’s been faithfully serving the Lithuanian community ever since. Usually the RSL-style club serves typically vet-orientated English food, but every Sunday it brings in Svetlana Korsakas for a lunch menu of Lithuanian specialities.

Lithuanian cuisine can be roughly divided into the things you eat when it’s (relatively) warm and the things you eat for the other eight months. Korsakas, who spent her early childhood in Siberia before moving to Lithuania, exclusively cooks winter food. It’s the kind of stodgy, rich, carb-intensive food you’d crave after busting into a snow-covered inn following a week of rigorous physical challenges. You’d be shovelling in cepelinai, boulders of chewy potato stuffed with minced meat and smothered with sour cream and diced bacon. They’re named after zeppelins because of their bulbous spherical shape and size.

With the exception of two multi-tasking waiters, Korsakas runs the entire kitchen herself. Her hands are rough from working everything by hand. The three-hour cepelinai process is particularly demanding. To get the dumping’s chewy exterior right you need to process more than three potatoes for each one. The potatoes are minutely sliced and laboriously dried by squeezing them through cheesecloth. Potato starch and mashed potatoes are added to the original mixture making glutinous potato dough, which Korsakas stuffs and shapes into zeppelins.

The community mostly runs the Lithuanian club; it doesn’t have the money for a full-time chef, so Korsakas works as a volunteer. Get there early – she only has time to make a certain amount of food each Sunday and when it runs out, that’s it. Usually the menu includes just seven items, most of which are based on some combination of potatoes, cabbage, mushrooms, meat and dairy (there’s not much you can produce when your winters have a weekly high of minus one degree Celsius). Almost everything is either showered in bacon and served with a generous dollop of sour cream or doused in a creamy mushroom sauce.

The other two popular mains at the club are the koldunai, little mohawked dumplings filled with minced meat and boiled, and balandelis, an intimidating log of cabbage stuffed with a rice and meat mixture. Club manager and director, Rimas Mickus, says Lithuanian food needs to be hearty and rich to accompany the country’s vicious range of alcohols. While Mickus doesn’t stock traditional Lithuanian moonshine (it’s illegal in Australia), he does have a small range of native spirits and beers. The two most unique varieties are probably Krupnikas, a syrupy honey liquor and Three Nines, a vodka-like spirit complicated and coloured by an infusion of 25 herbs and spices.

Hours
Lunch every Sunday from 12pm until everything runs out.