Sweets and souvlaki plus shots of grappa and dancing on a Saturday night. 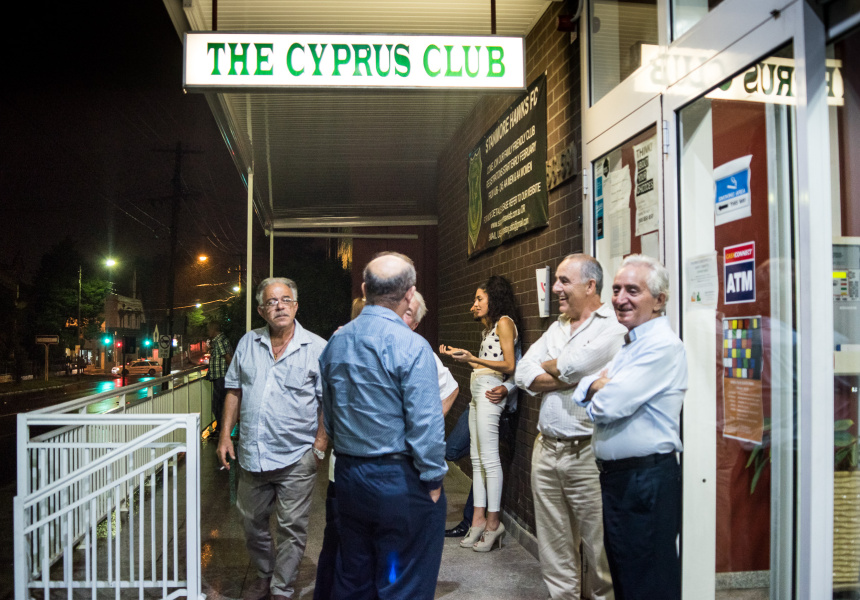 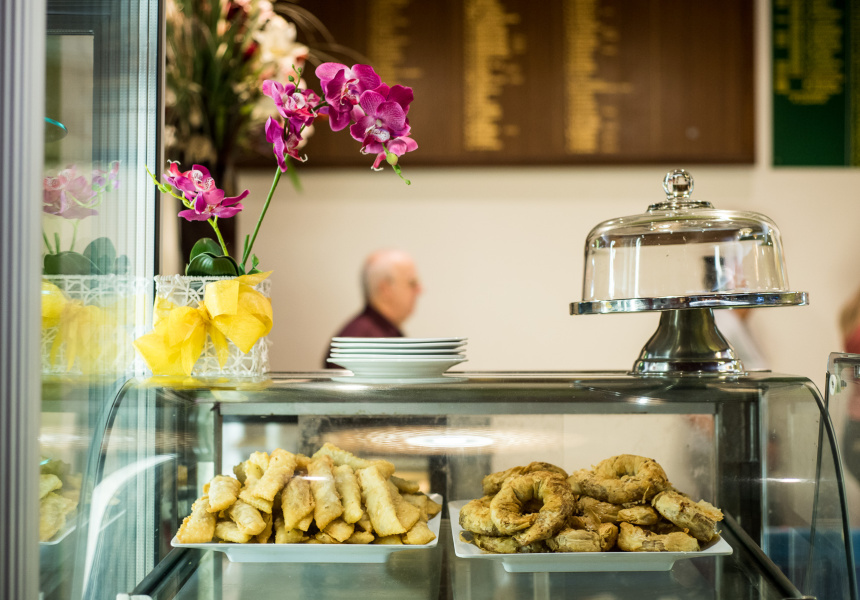 There’s a different vibe at community clubs. Restaurants and cafes are transactional – you expect a certain level of professionalism for your money. Community clubs don’t have that; they may be slower, less precise and more old-fashioned but simply being there makes you feel like you’re part of something meaningful.

This is exactly the feeling you get at the Stanmore’s Cyprus Community Club on a Saturday night. The club, founded in 1929 as a gentleman’s club for card games, has been a hub for Sydney’s Cypriot community since it moved to Stanmore a few decades ago.

“I went to school with the name Roula. There were few ethnics and you could feel the difference,” says Roula Christodoulides, one of the club’s directors. The club was a place to go to escape that judgement. “We loved it. To be able to speak your own language, dance and not feel isolated. It was an environment where you could feel free.” Things are different now for the Cypriot community. It’s less of a refuge and more a place of conservation, she says.

“These kids, they don’t know tradition. But the good thing is this kid comes and says, ‘one koupes please’,” says Ellie Stassi. She runs Cafe Ellie’s, one of the club’s two Cypriot eateries. Koupes is a snack of minced pork and crushed wheat. Like everything here, Stassi makes them from scratch at home and brings them into the club. Her most popular items are the Greek-style baklava, loukoumades (little syrup-covered doughnut balls) and flaounes (a mixed-cheese pastry with sesame and sultanas). “Flaounes are very complicated to make. It’s an Easter thing but I make it here because I want to serve traditional Cypriot food.”

The other eatery at the club is the restaurant, Aphrodite. There’s a lot of widely recognisable Greek dishes such as souvlaki, barbequed octopus and Greek salad. But there are a few Cypriot specials difficult to find anywhere else in Sydney, too. Chef Jordan Jordanou makes sheftalies in-house ¬– minced pork, onion and parsley, wrapped in caul fat and cooked until golden. Another is loukanika, a pork sausage spiced with orange peel, fennel and oregano. Like Stassi, Jordanou isn’t a classically trained chef. “There was no school of Cypriot food in my time. You learn from your mother or father,” he says.

If you’re eating late on a Friday or Saturday night, you’ll also be treated to a live performance. Not just from Greek-Cypriot singers Vasilis Metaxas and Hara Dimitriou but also the club members who, despite their age, are as limber as they are enthusiastic. “It's important for the community. It's a place people call home. Just walk around and you'll see a whole heap of third-generation Australians with Greek-Cypriot heritage keeping their culture alive,” says Christodoulides.