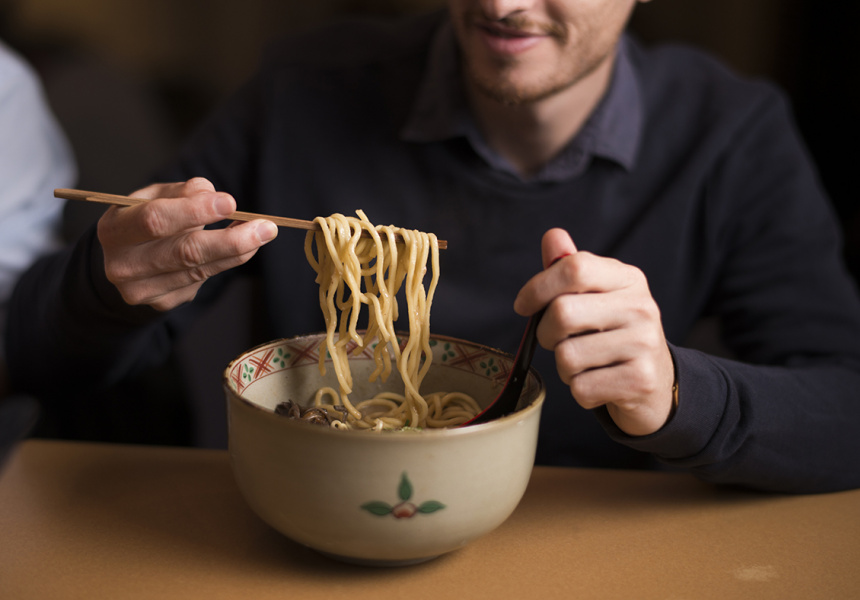 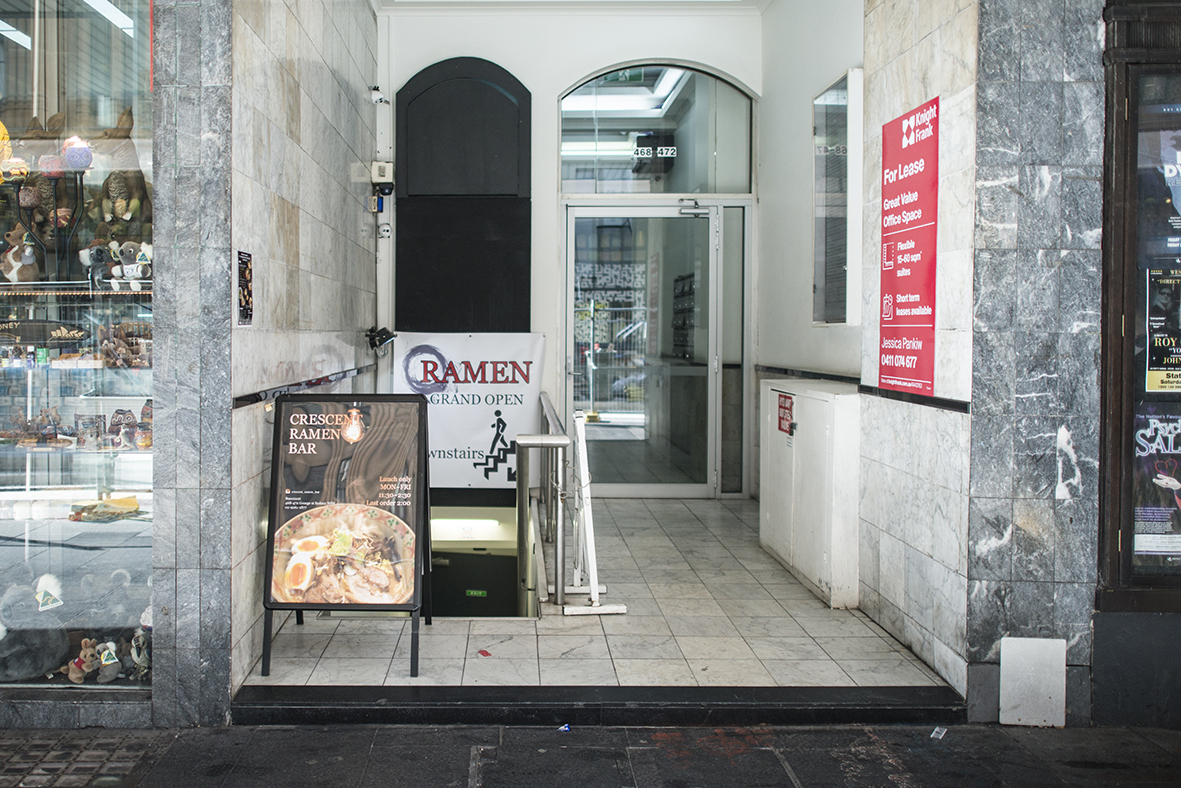 There’s an underground ramen bar in the city barely anyone knows about. The ramen there is just as good as what you’ll find in a home-style Kyoto or Tokyo eatery but the restaurant is rarely full. The chef, Tsuyoshi Shishido, tells us this. He knows the only people who visit Crescent Ramen are CBD workers who’ve come in on a whim after seeing the restaurant’s two discreet on-street signs. Them and Japanese businessmen. They know about the ramen because they’ve come here late at night, when the ramen bar isn’t serving ramen.

From 9pm, Crescent Bar is a Japanese hostess bar. Hostess bars are just like regular bars but the wait staff, generally all female, is also paid to chat and flirt with customers. It’s a fairly common concept in Japan (they have host bars too, which is the same concept but with male waiters and generally all-female customers) but it’s rare in Australia outside a few isolated venues like this one.

While the sun is out, Crescent Bar is just a restaurant with good ramen. Shishido started the ramen service because he wasn’t happy with the soups he could get in the CBD. He says they weren’t Japanese enough, and most of the Japanese ramen in Australia is made for the local market. He wanted thicker ramens with more depth.

His solution is unique: chicken- and pork-based broth that’s somewhere between a tonkotsu and a paitan (a thick, milk-coloured chicken-based broth) ramen. He makes this by crushing and blending a whole chicken – bones, meat and all. He then mixes it with pork-trotter broth.

What comes out is a gravy-thick soup that’s rich enough to induce napping and meaty enough to conjure dreams of bronzed roast chooks, American barbeque and German pork knuckle.

The final touch is extra-thick noodles and your choice of seasoning, any of the three classics: shio (salt), shoyu (soy) or miso, the house favourite. You’ll find a few scallions, a few sliced wood-ear mushrooms and some bean sprouts placed on top, joining the typical egg and fatty-pork-hunk staples.

He learnt to make his ramen at home in a small kitchen, trying to replicate the flavours from his favourite ramen restaurants in Japan. He was only confident enough to open the pop-up after he’d trialled some of the soups with Crescent Bar’s late-night customers.

The chicken and pork is Shishido’s pride and joy, and the most popular order with his Japanese customers. But it isn’t the best example of how unique his menu is. For that you should ask for the pho-inspired salt, lemon and coriander chicken-based broth; the salt shrimp broth; or the anchovy ramen, a recipe as umami-packed as an msg-encrusted sheet of pork fat marinated seaweed.

The Crescent Ramen pop-up is slated to stay open until the end of June, but it’s likely to be around longer.

This is another edition of Broadsheet’s weekly series “Local Knowledge”, where Nick Jordan explores the eateries at the heart of Sydney’s different cultural communities. Read more here.