The best Polish doughnuts in town, hands down. 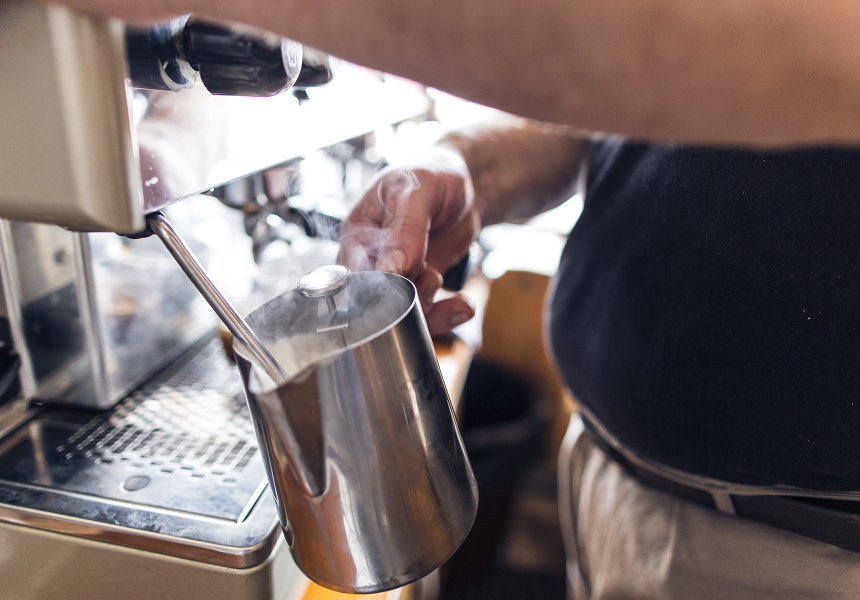 Marek Strzemkowski came to Sydney 25 years ago. He opened his first deli six years later. Back then it was only one of three places to get Polish food in Sydney, alongside a butcher and another guy making small goods part time. “You had to queue two hours just to get some sausages,” Strzemkowski says.

These days there’s a Polish deli or bakery in every region of the city. Sydney’s Polish community debates over which ones are the best or most traditional, and one of the only things it mostly agrees on is that the best pączki in town is at Copernicus.

Copernicus is Strzemkowski and his wife Maria’s latest deli and bakery, and for the past six years it’s been a central part of Liverpool’s Polish community. Its speciality is pączki, Polish deep-fried dough balls. They’re like doughnuts but with richer, less oily dough. In Poland they come with a variety of fillings depending on where in the country you eat them. At Copernicus they come either dusted in icing sugar and stuffed with home-stewed plum jam or simply glazed with icing. “I think they are the best. I'm not modest. They're really good, everybody says so,” Marek says with a jaunty chuckle.

Maria makes all the cakes. Her favourite is szarlotka, a spiced cake with a shortbread upper layer that’s filled with stewed apples. Poland has a huge cake culture, not just for dessert but any time in the day. Marek says a fundamental part of Polish culture is presenting a guest with cakes, tea and coffee. The most common of those is sernik, a cheesecake made with a fermented but un-aged soft white cheese (farmer cheese or quark). Copernicus’ version is remarkably zesty, but there’s no citrus – the tang is from the cheese. Traditionally, the guest would never come empty handed, so if you really want to get into Marek’s good books (which might mean a serving of its rare ginger-bread cake) bring a bottle of Polish vodka as a gift.

Copernicus also caters for breakfast. Traditional breakfasts in Poland consist of cold cuts, cheese, bread and eggs. Marek bakes an incredible sourdough rye that comes sliced with a platter of locally produced Polish cured meats and cheeses, or as a sandwich.

As for which meats and cheeses to try, it’s best to ask one of the Strzemkowski family, they love their products and they’ll be happy to talk you through the different flavours. If you’re looking for something different, try szynka polska surowa, a cold-smoked, semi-raw ham. Also ask the Strzemkowskis about their homemade pierogi (cheese or meat dumplings). They no longer sell them fresh, but you can still get them frozen to make at home.