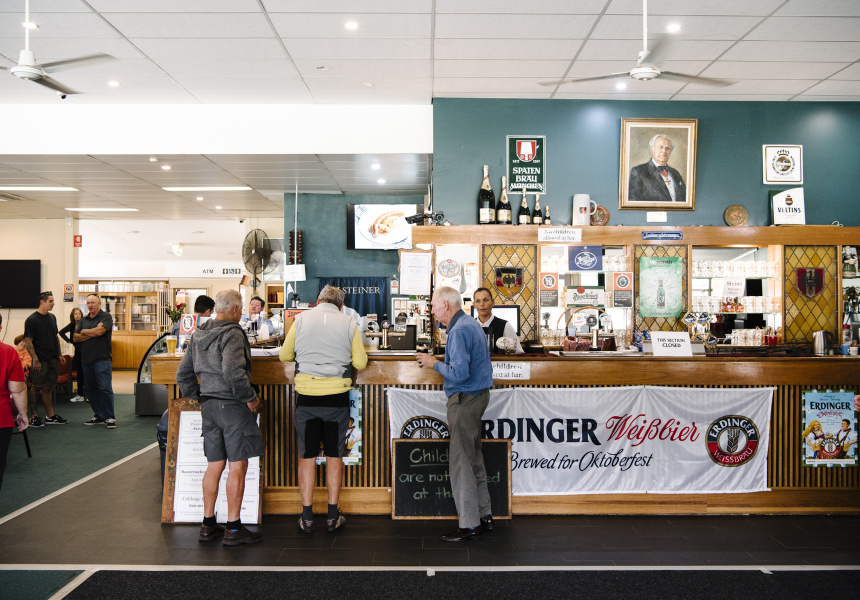 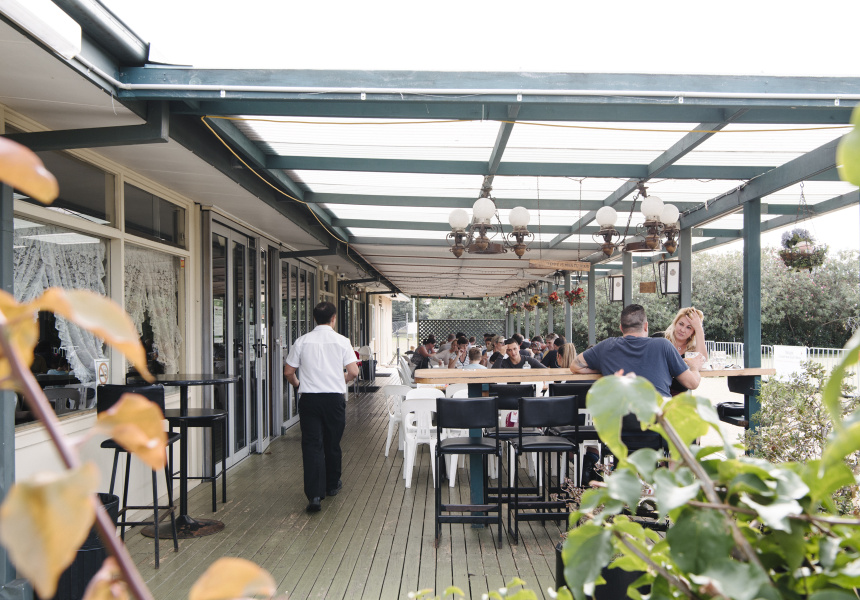 We’re sitting outside the Concordia Club and we’ve got a pork knuckle in front of us so bulbous and firmly encased in crackling it seems impossible a single person could defeat it. Underneath sits a mound of sauerkraut, mash potato and a moat of gravy. This dish is famous within the German community and it’s easy to see why – it sure is memorable.

Exactly like the Concordia Club, which unlike other Sydney community venues, has managed to shrug off its retirement home feel. It’s actually known for its great vibe.

“Club membership numbers are increasing although our German members are diminishing with age,” says the club vice president Teresa Sontag.

While we dine, young families fill the outdoor tables as many of the older members cut into schnitzels and kids stuff cream-covered cinnamon-heavy apple strudels into their mouths.

At the adjacent croquet club, white-polo clad elderly men and women swing wooden mallets between their legs, while inside, surrounded by German memorabilia, a traditionally dressed German man sits over a plate of leberkäse (German meatloaf, also known as liver cheese). On a stage next to him another solo man plays the accordion. In other words, it feels as much like a German club as it does a place locals like to hang.

Not that it has always been like that. When the Concordia Club opened in 1883 it was exclusively German, slowly growing in size, scope and membership until it also included Swiss and Austrians – then everyone else came. It’s changed a lot since the early days (including various venue changes and a long life as a dance hall), but a few things haven’t shifted: a dedication to German culture; a menu dominated by hearty Germanic classics; and a bar serving drinks from the same region.

The regular menu is relatively short and straightforward. Along with the knuckle and schnitzel (served either jäger-style with mushroom sauce or zigeuner-style with capsicum sauce), you’ll find German sausages (from Bexley’s German Butchery); massive Austrian potato dumplings stuffed with meat; käsespätzle (stodgy pasta-like wheat dumplings covered in cheese and fried onion); as well as all the usual non-German club regulars.

We say regular menu because Sunday lunch is a different occasion all together. It’s when the club is at its most vibrant and when the kitchen serves the extended German range: cabbage rolls, liver-dumpling soup, roast meats, and even bauernschmaus – a massive “farmer’s” platter with one of almost everything we’ve mentioned.

With a glance around the room, at all the young families and the few elderly Germans, we ask Sontag if bauernschmaus and the other classic features of the club will last. “I don’t think we’ll ever become less German; that’s why people come here, they want the authenticity.”

This article first appeared on Broadsheet on May 16, 2018. Menu items may have changed since publication.