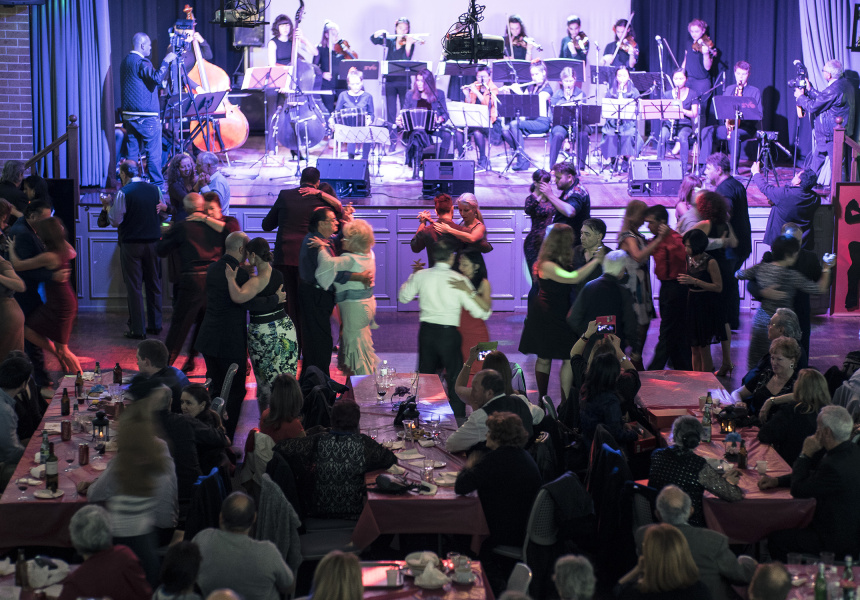 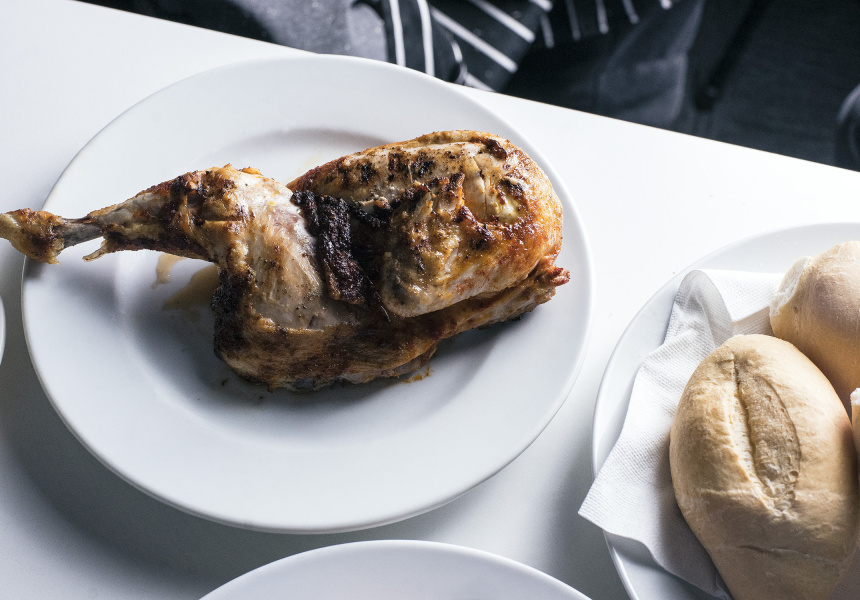 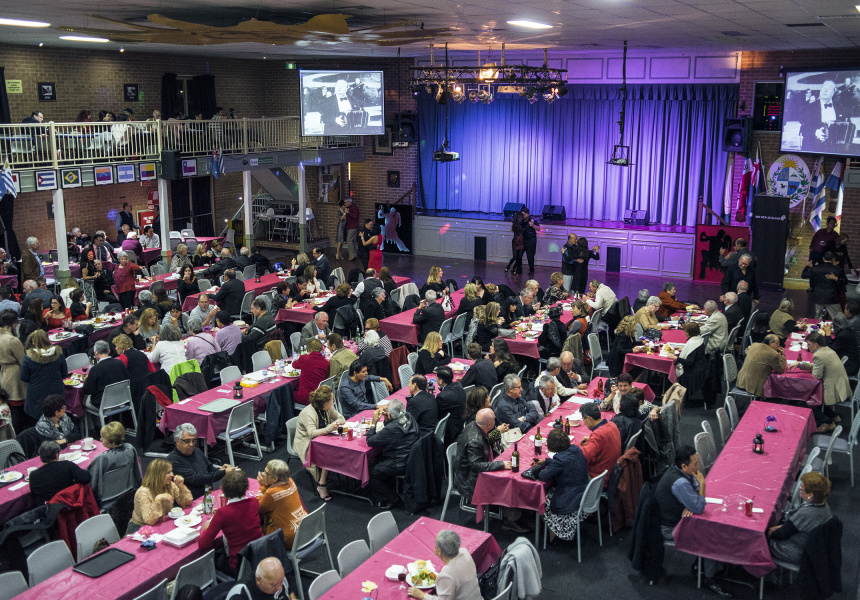 We’re sitting on a mezzanine at a table crowded with plates of barbecued meat. There’s chorizo, salted flank steak, herb-encrusted chicken, dense morcilla sausages and short ribs cut across the bone. On a stage an orchestra plays tango, and a crowd of dancers struts, glides and twirls like a wild wind tossing about loose flowers. Everyone who walks past greets us with an hola, a tap on the shoulder and a proud smile.

This is Club Uruguayo de Sydney, one of the most vibrant but strangely unsung cultural clubs in Sydney. Club director Jorge Di Yorio says it started more than 40 years ago when a group of Uruguayans (Di Yorio included) met on a plane to Sydney after fleeing the looming dictatorship. Di Yorio and the others didn’t know anyone in Sydney and didn’t have much English between them, so they rented a house in Greenacre where they could hang out and keep in touch. “It was $20 a week at that time and the [club] president says to me, we have no money,” says co-founder Sebastien Viera. To pay the rent, they started selling asado (South American barbecue) on weekends at $1 a plate.

After moves through Croydon, Marrickville and Summer Hill, the club now has an enormous hall in Hinchinbrook where it hosts (purely through the work of volunteers) salsa nights, football screenings, live bands and, of course, asado.

Picture all the tropes of an RSL – pokies, member sign-ins, old carpet and cheap furniture – but instead of a kitchen with deep-fryers and a microwave, there’s a charcoal fire pit topped with a grill. It doesn’t seem to matter that everyone in the kitchen is a volunteer; the steak is pink-centred and punchy, the chicken is juicy through the breast and the morcilla is soft and explosively rich. “In South America we eat lots of meat,” laughs Viera.

The barbecue comes with the traditional salad and bread. It’s not particularly notable here, but that’s okay because you need to save room for something from the cabinet of South American cakes from Glebe bakery Bariloche. There are dulce de leche–filled biscuits, sponge cakes with meringue and glazed peaches, soft-topped crème brûlées and intricately rolled pastries with caramel swirls and chocolate coatings.

The sweets and the meat aren’t even close to being the best part, though. It’s the vibe. We’re not sure if this is simply a Uruguayan thing or if it’s unique to the club, but everyone inside – whether patrons, chefs, cleaners, servers or club co-founders – seems determined to make us feel like we’re at an absurdly big family party. It’s obvious that this place not only means a lot to them but has done so for a long time. “When I came to Australia I was very proud [of my culture],” says Viera. “For me and Jorge this is very special.”