Dumplings for less than a buck, handmade noodles and a deli filled with smoked meats and sausages done in-house. 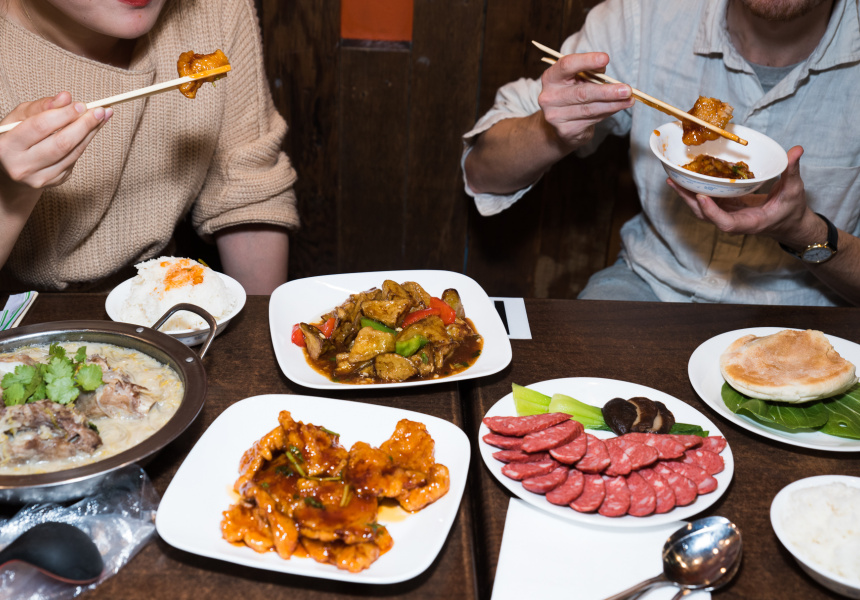 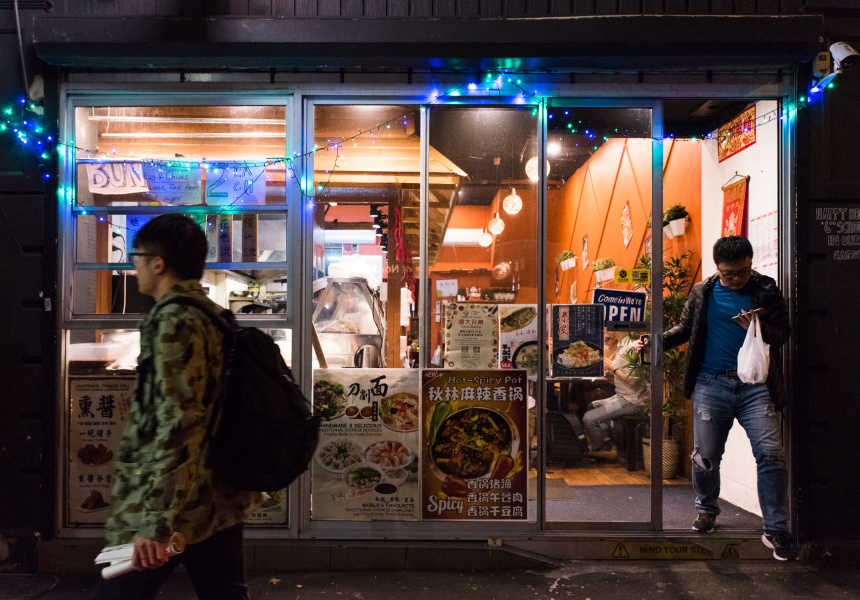 Chulin is a Chinese restaurant with a deli. Not your usual deli though – this one is stocked with air-dried pork sausages, smoked tofu skins, marinated pork backbones and smoked chicken.

Chulin’s owner Carly Jin is from Harbin, a north-east Chinese city sandwiched between Mongolia, Russia and North Korea. Harbin is a culturally unique and bitterly cold area; its short agricultural season allows for a good harvest of wheat, potatoes, cabbage, a litter of pigs, but more is immensely challenging. That means the cuisine relies heavily on smoking, curing and pickling.

The most beloved example is hongchang, a smoked pork sausage popularised by the Churin Sausage Factory (also spelt Chulin), a massive Russian trading company, in the early 1900s. As its staff were predominantly Russian and Lithuanian, the sausages they made were more reminiscent of the red, savoury Eastern European-style sausages than the sweeter ones found in southern China. “Churin was massive, like [Australia’s department store] David Jones,” says Jin. “I named this Chulin so people understand straight away this is from Harbin.”

The influence of Russian and Eastern European culture is littered throughout the menu. One pork, potato noodle and preserved cabbage hot pot tastes remarkably like sauerkraut. Another, the smoked pork knuckle, is influenced by a German-style recipe that sees the same cut of meat roasted, Jin says.

As far as we could find out, Chulin is the only Chinese restaurant in Sydney making any of this from scratch. For such a tiny restaurant, its dedication to tradition is immense. It make its own bread, it smoke all its deli meats over charcoal and a secret kind of wood, and its hot pots and stews are spiced with a homebrewed mix of 26 traditional herbs and spices, some of which don’t have any English translations.

“I missed my hometown food. There are a lot of Chinese restaurants in Sydney but none are doing it the right way – everyone simplifies the cooking. I didn't want to cheat, I wanted to follow my grandma's recipes,” says Jin, after singing the praise of her grandma’s crisp fried pork and spicy pork ears.

The traditional Harbin recipes (represented on the menu with a green thumbs up) and a column of signatures (those being the deli dishes), is just one side of Chulin.

While it’s popular with the local Northeast population, that’s not the main reason this place is packed. It’s packed – sometimes with enough Chinese international students to form a queue outside – because they serve 12 pan-fried pork and cabbage dumplings for $10.80; knife-sliced noodles with smoked pork for $12.80; and massive pork buns for $2 a pop.

“[When I told my mum I wanted to do this] she said, ‘Why why why?’ She said, ‘I'm going backwards, I didn't work this hard for you to go back to what your grandma did’. I said, ‘Grandma's is the best way’.”

This article first appeared on Broadsheet on July 11, 2018. Menu items may have changed since publication.