Polish poppy-seed cake, Chilean Christmas cake, pennies in pastry and an epic Portuguese Christmas feast you can go to tonight. 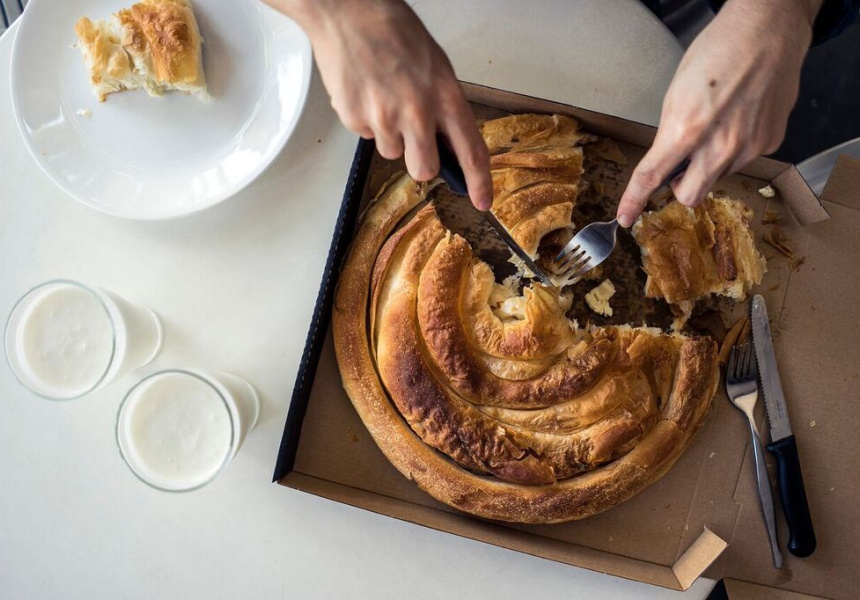 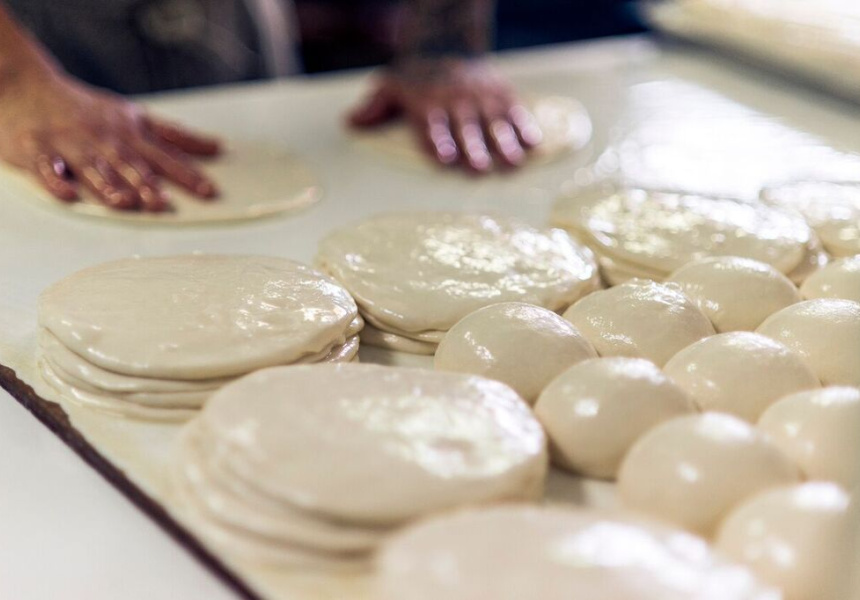 We’ve done something a little bit different for Local Knowledge this week. It’s nearing Christmas, and most of the places we’d usually go to on a Wednesday are closed. So we’ve gone back to some of our favourites from this series to see what they’re cooking for the festive season.

Balkan Oven
There are two bakers at Balkan Oven, Oliver Popovski and his brother Goran Popovski. They’re both slick-haired, covered in tattoos and built like ‘90s R’n’B singers. It’s an odd contrast hearing them gush over trips to Vegas, flash cars and fashion while they artfully slap and sling the dough to make the day’s traditional Macedonian pastries. It’s even stranger to hear them talk about how they have a traditional Macedonian orthodox Christmas. For them, the festive calendar starts later – they celebrate Christmas on January 6 and New Year’s Eve on January 14. One thing they’re sure to have over that period is maznik, a salty, cheese-stuffed puff pastry that’s curled like a sleeping rattlesnake. Traditionally a coin is placed in the third layer of the pastry. Whoever finds the coin is said to be destined to bring wealth to the family for the coming year. The brothers spend a lot of the pre-Christmas week preparing maznik the same way. “Some of the families bring in coins that have been passed down for generations,” says Oliver Popovski. Every year they also add one of their own coins to a surprise maznik. Whoever opens that one is shouted a $300 Macedonian meal by Popovski’s dad. “The last few years no one has claimed it,” says Oliver Popovski.

La Paula Continental Cakes and Sandwiches
La Paula has been serving South American cakes for more than 30 years. Over that time it has developed an exhaustive range of different treats – dulce de leche biscuits sandwiches, triple-layered milk cakes, short breads and quince-jam cakes to name just a few. Each have their own story, history and traditions. The pan de pascua is the Chilean national Christmas cake, a thick spongey dome, bright yellow on the inside, bread-brown on the outside and littered with fruit and nuts. Casanova says it’s most like the Italian panettone, but perhaps a more accurate comparison is the soft-dough German fruit and nut cake, stollen. Pan de pascua is thought to have grown from the traditions of Chile’s early German migrants. La Paula’s version of the cake is soft and bready and only slightly sweet, like a brioche. Scattered through it are almonds, walnuts, glace fruit, sultanas and cherries. “We eat it over Christmas up until New Year’s,” says Daniela Casanova, La Paula’s co-owner. If you want to be really Chilean you’ll have your Christmas feast at 11pm on Christmas Eve and have your pan de pascua at midnight just before opening presents.

Copernicus Cafe and Delicatessen
Cakes have major cultural gravitas in Poland. They’re not just post-dinner sweets, they’re the staple of social occasions. All guests are treated with cakes and every holiday would feel odd and perhaps empty without them. There’s a range of different cakes common or exclusive to Christmas time in Poland, but the most common is the makowiec, or poppy-seed roll. “It’s solid and when you cut it in half you see yellow, black, yellow, black, yellow, black from the poppies and the dough,” says Copernicus’s owner, Marek Strzemkowski. The yellow parts is Viennoiserie pastry, a rich, sweetened, yeast-leavened dough. The black part is made from a bittersweet grind mix of poppy seeds, nuts, butter and sugar. “You eat it throughout Christmas, all the time,” Strzemkowski says. Traditionally it’s eaten after a Christmas Eve dinner with tea and coffee. The dinner itself is usually vegetarian, with red borsch as the centrepiece. “With the borsch you have special dumplings. They're one-third of the size. We call them uszka, “ears” in English.” In preparation for Christmas, Strzemkowski and his wife Maria will sell frozen uszka packed with a mixture of sauerkraut, cabbage and mushroom.

Casa do Benfica
Casa do Benfica, the Portuguese restaurant hidden behind a Marrickville Tennis Club will serve an epic Portuguese Christmas feast tonight. The club’s functions manager, Vince Gonsalves, told us that usually the main feast (consoada) happens on Christmas Eve, but Casa do Benfica was worried no would come, so they shifted it to a day earlier. These days most Portuguese feasts revolve around turkey, but Casa do Benfica serves it old school, with mains of the Portuguese staple bacalhau; shredded dried cod fish with potato, garlic and olives; and the northern tradition of baby goat slow braised with red wine and a late squeeze of orange. For dessert there’ll be sweetened French toast; soft, fried-doughnut-like pastries with pumpkin and cinnamon; and the irreplaceable bolo de rei, a halo-shaped fruit cake adorned with glacé fruit like the jewels on a crown.

Local Knowledge is a weekly series from writer Nicholas Jordan and photographer Leigh Griffiths, that shines a light on the unassuming, authentic Sydney restaurants that are worthy of appreciation beyond the neighbourhoods they serve. See the full series here 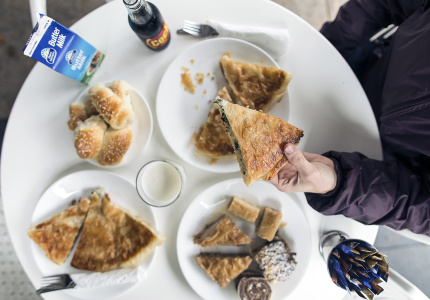 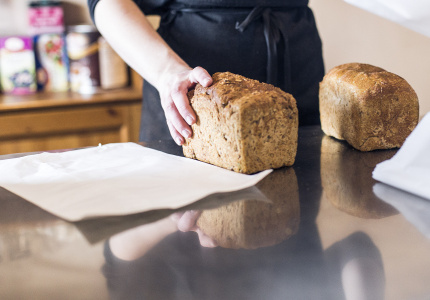