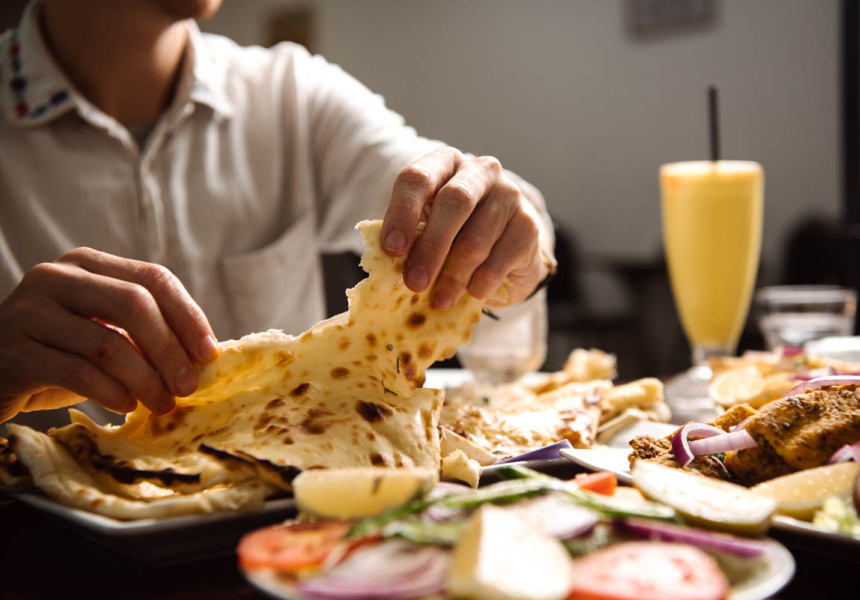 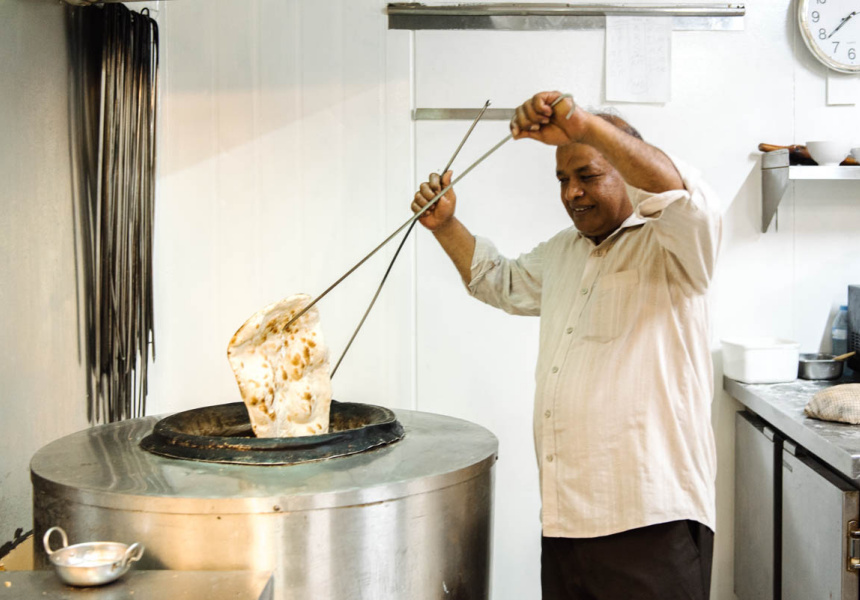 Ali Muhammed Cheema might be the most well-known Pakistani chef in Sydney. He’s worked at Manjits, Surjit’s, Maya Da Dhaba, Jewel on the Bay and now-closed Maharajas Palace – some of the most renowned Indian and Pakistani restaurants in Sydney.

But when he came to Sydney in the ’80s he couldn’t make a cup of tea, couldn’t speak English and he was completely illiterate. Two days after he arrived his bag was stolen and he lost $200USD and everything he owned, except the clothes he was wearing. That night he slept on the steps of Redfern station, where an old Indian man found him and offered him $50. Cheema declined; in Pakistan his family was far from poor and he was too proud to beg. The old man offered him a job as a kitchen hand instead.

Thus his journey as a chef began. He started at a take-away stall in Kogarah in Sydney’s south and eventually opened Ambala with a business partner. It wasn’t a happy experience; Cheema still couldn’t read and his partner undercut him and sold the business.

He persevered. Although he spent all his money on lawyers, he knew his food was good and if he could open a place and get people through the door, he’d have a successful business. “But we had no idea what to call it,” says Cheema’s son Ali. “My dad said ‘Listen, put my face up there, forget the name, put my face up’.”

It worked. People came and not long after it opened in 2010, Cheema Da Dhaba had a reputation for serving simple but high-quality Punjabi truck-stop fare. “The name Cheema Da Dhaba means Cheema’s truck stop. Punjab is well known for its truck stops; they're open 24/7, meaning you can go at 2am to get a dal and a roti. That's how it is, it’s supposed to be simple, hearty and easy.”

But Cheema Da Dhaba doesn’t feel like a truck-stop eatery. The dining room is a huge, unadorned hall and when Broadsheet visits at 7pm on a Wednesday, it’s almost completely empty. But this isn’t the hour they make their money – Cheema’s is a late-night joint where cabbies and hospitality workers go to refuel. “You won't see anyone in here early. The actual business starts at 9pm and goes until 2am, but even when we close the doors we still have people knocking and asking, ‘Can I get a takeaway?’” says Ali.

There are also special-occasion dishes such as patiala goat, an incredibly rich and thick tomato-based curry that’s a mix between vindaloo and ragu. To make it even richer ask for the desi ghee version – it’s the same recipe, but made with clarified buffalo butter.

“Punjab food is like a punch in the face,” says Ali. “No one drinks there, when you go out you go out to eat; to get your stomach full.”

This article first appeared on Broadsheet on April 02, 2019. Menu items may have changed since publication.