At the back of this tennis club lies one of the inner west's best-kept secrets. An old-school restaurant frequented only by Portuguese people, tennis players and Marrickville locals who know to ask for the seafood rice. 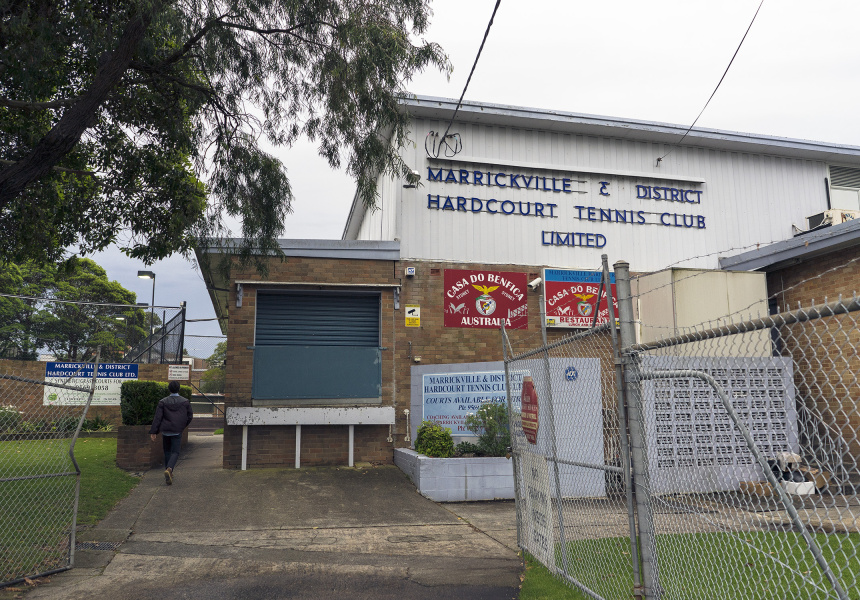 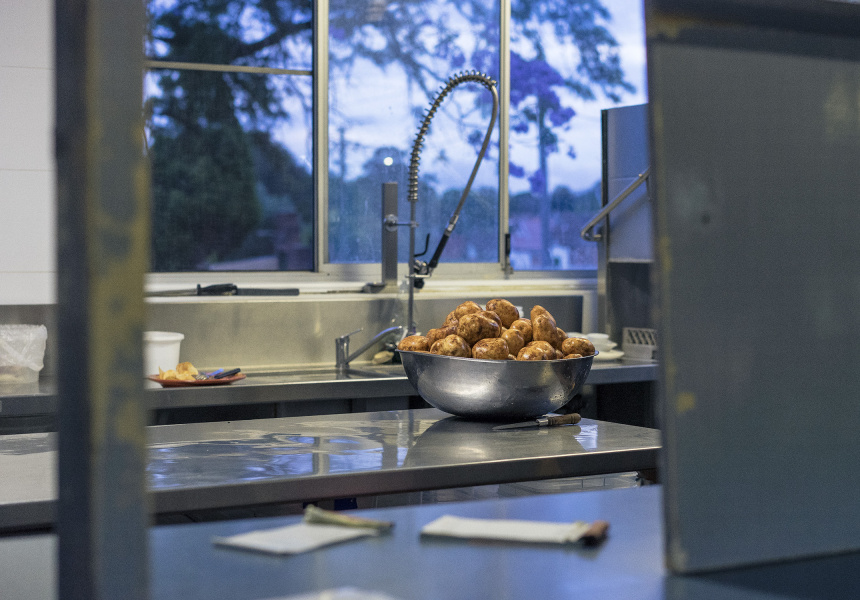 Casa do Benfica encapsulates what the Local Knowledge series is about better than almost any other restaurant we’ve covered. There’s almost no reference to it online, it’s hidden in the back of a tennis club, it looks like an RSL and the only people who eat there are Portuguese people, tennis players or Marrickville residents.

Gonsalves, a moustachioed Zoro-lookalike, explains to us that any Portuguese meal starts with olives, bread and an aperitif. Max Malcolm, who is in charge of the club’s impressive range of Portuguese alcohols, pours us each a cocktail glass of favaito. It’s a semi-sweet Portuguese muscatel, with a slither of lemon zest. Immediately afterwards we’re making room on the table for platters of ameijoas, lemon and garlic vongole clams and polvinhos grelhados, a very savoury hill of grilled octopus. Both dishes are intensely flavoursome considering there’s not much more to them than garlic, bay leaves, mustard and lemon.

It’s all trumped by the arrival of the espetada de carne, skewered salted beef chunks and Gonsalves’ cherished arroz de marisco or seafood rice. The latter arrives at the table looking like a clay ship with crab leg sails, prawn masts and a mussel bowsprit. Below it is a massive and garlic-heavy rice stew that gets more umami-rich towards the base. The espetada, or as Malcolm calls it excalibab, is like Brazilian picanha (rump steak on a skewer) but with the addition of a half-cut bread roll which sits under the sword absorbing all its glistening drips.

This is all eaten with a trio of Portuguese reds, each one from a different region of the country and washed down, as is Portuguese tradition, with a harsh shot of coffee. Gonsalves tells us about caldeirada, the most magical-sounding Portuguese stew made by slow-cooking layers of potatoes, fish, onions and tomatoes. Gonsalves isn’t bothered by the caffeine-alcohol mix quite as much as we are. He’s not going to bed until sunrise. “I was brought up with wine and coffee,” Gonsalves says. “I love the night. That’s when there is peace. In the morning, the rat race starts.”

This article first appeared on Broadsheet on November 18, 2015. Some details, personnel and menu items may have changed since publication.