The only Malaysian restaurant in Sydney that specialises in Malay food. 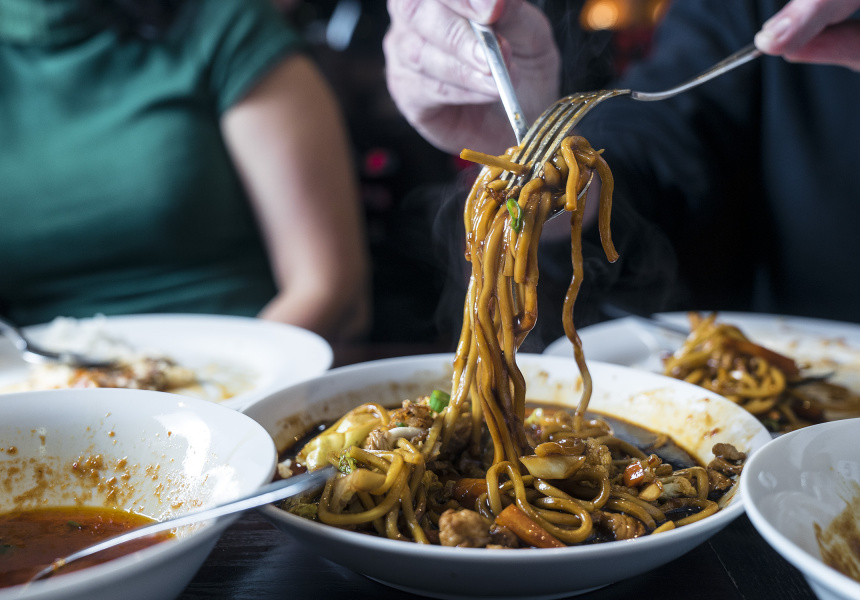 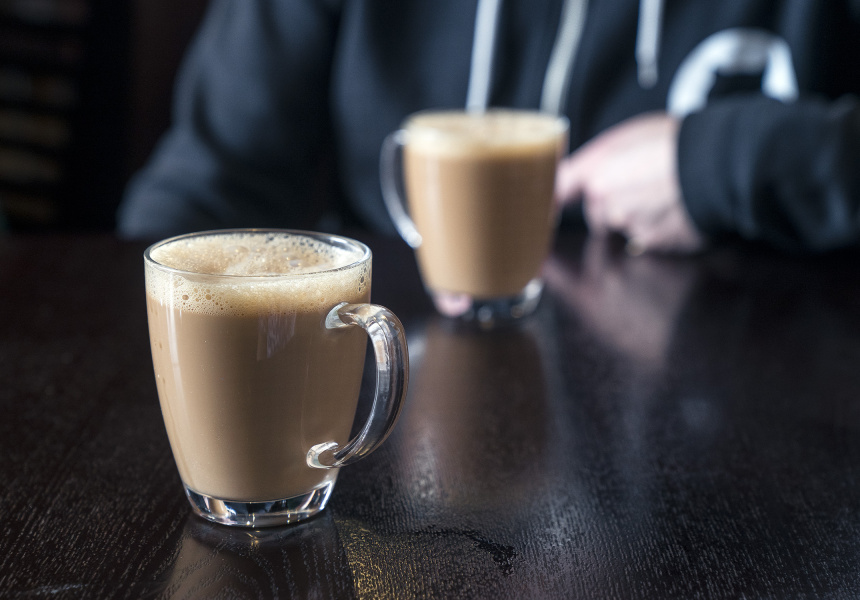 Restaurants we cover in the Local Knowledge series are often family-owned, several decades old and have a kind of cult status in their communities – Ayam Goreng 99, Chatkazz and Athena Cake Shop are all examples. Café Nur Muhammed is different. It’s barely two months old and it’s owned by GISB Holdings, a massive Malay corporation that has its tendrils in almost every aspect of Malay life.

Malaysian food can be broadly broken up into its three main ethnic groups, Chinese, Indian and Malay. In Sydney almost all the Malaysian restaurants are Chinese-Malaysian. Café Nur Muhammed is the only one that’s Malay owned, operated and orientated. This means it’s also the only one that’s totally Islamic (the other, Chandan in Punchbowl, recently closed). For the local Malay community this is hugely significant. “We represent Islamic people, we buy halal, we cook it halal and we sell it in a halal way,” says Shaidi Reginald, the restaurant’s manager.

Reginald runs the restaurant with his sister and his wife, Syafinaz Mihd Zain and Salcinah Reginald. Despite the restaurant’s corporate ownership, the recipes here are all from the family. “My chefs cook home-style. They don't follow a recipe down to detail. They'll do what my grandma did or what my mum did,’ says Shaidi Reginald.

Malay cooking is typically defined by the heavy use of spices, coconut and belacan (fermented krill paste). “The most popular [dishes] here [among Malays] are beef rendang and ayam masak merah,” says Reginald. The latter, literally translating to “chicken cook red”, is rare in Sydney. It’s a casserole-like dish for which chicken is fried and then stewed with tomato, kaffir lime and chilli.

The rendang here is different to most in Sydney. Unlike the sinewy Indonesian version, this is almost soupy and sweet from lots of palm sugar and coconut. Reginald says his mum’s twist is to fry desiccated coconut and mix it in with the finished curry to add texture and flavour.

Another famous Malaysian dish, chicken rice, is different here too. Instead of using the usual Hainanese method of poaching the chicken, here it’s fried after being poached. This gives it a crisp, golden-brown skin. Nasi lemak, a more-widely-recognised staple, is served with a particularly belacan-heavy sambal, fried chicken, crispy anchovies, fresh cucumber and a boiled egg.

Reginald says this is just the start. “The menu will double in size. We’re going to do Malaysian cakes as well.” The weekend specials like ikan bakar (banana-leaf-wrapped fish roasted over charcoal) and the buffet options will become permanent, and the rest of the daily menu, currently mostly filled with more-recognisable Malay dishes, is going to expand to include more esoteric, regional dishes such as nasi kerabu (rice cooked in butterfly-pea juice) and ikan asam pedas (a sour fish stew with tamarind and chilli).