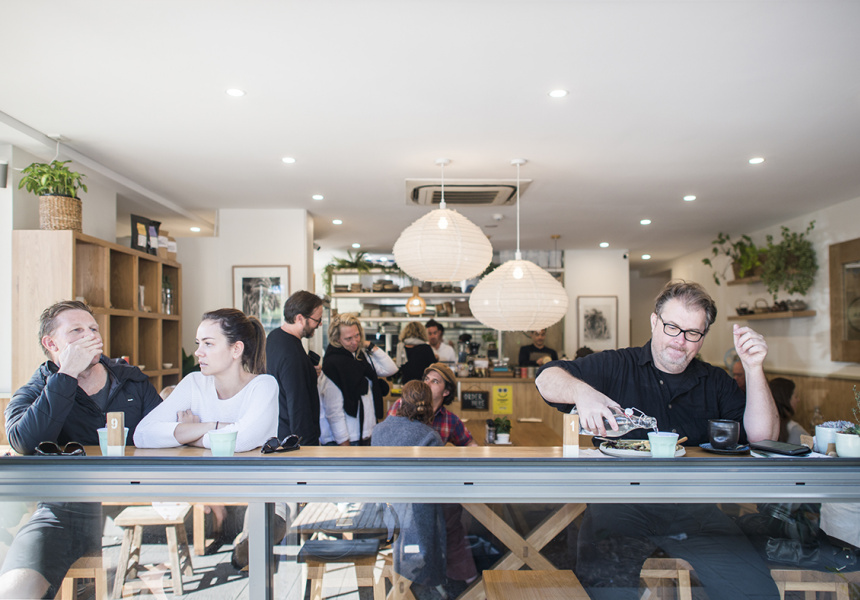 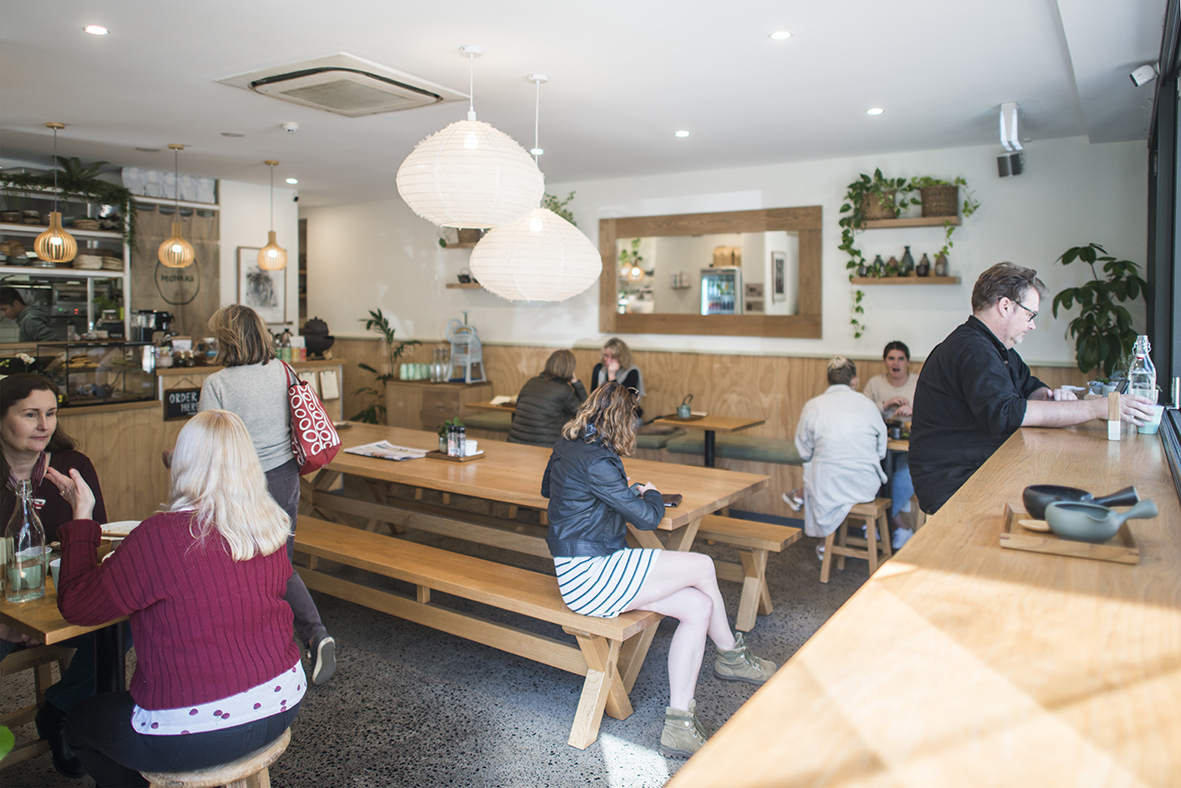 At any good, traditional Japanese hotel, this is what they serve you in the morning: rice, usually white and sometimes sprinkled with flakes of dried plum; a moderate portion of fish, pan-fried or boiled and seasoned with only salt; a few slices of thin omelette rolled into a tube; a bowl of cloudy miso, sometimes boiled with fresh clams; a small serving of natto (pungent, fermented soy beans); and a collection of colourful pickled vegetables.

A few months ago, we started asking Japanese people where we can eat something like this in Sydney and we got four answers: the now-closed Pinto (a Japanese cafe and bakery), Sokyo (Chase Kojima’s up-market Japanese restaurant at Star Casino), Ryokan Gojyuan (a Japanese hotel in Balmain – but breakfasts are only available to guests) and Mona Vale’s Cafe Monaka.

The director and co-owner is Fuminori Bun Fukuda (known as Bun), who used to work the pans at Waqu, Pilu and for the Boathouse Group. Originally, he tells us, he wanted to use that experience to open a place in Japan. “I tried to organise an Australian-style cafe in Japan with the Boathouse Group, but they said the timing [wasn’t good].” So, he thought he’d do the opposite – bring Japanese culture to Sydney’s cafe scene, along with his wife and co-owner Eriko Fukuda, who’s also a chef.

Most of the menu is filled with their takes on dishes you find in many cafes across Sydney: acai bowls, avocado on toast, poke, burgers, and toast. The Japanese breakfast is one of the only purely Japanese dishes available, along with the tonkatsu sandwich and the soba omelette – a hearty mass of noodles wrapped burrito-style in a sheet of egg and then topped with Japanese barbeque sauce, kewpie mayo and bonito. Bun calls it Japanese street food.

The full Japanese breakfast is served – quite prettily – in a single platter, and features all of the items you’d find in Japan. The fish of choice is a grilled fillet of salmon marinated in shio-koji (a fermented-rice seasoning). The miso comes minus clams but with tofu, and there’s the addition of a few seasonal vegetables. The natto is an optional side – with its stringy, cheese-like texture and pungent flavour, it’s an acquired taste.

Bun grew up in the Shizuoka prefecture, an area famous for Mount Fuji and green tea. There, breakfasts are served with tea, and the practice is replicated here at Monaka. A range of green teas (imported from Japan) are listed on the menu with flavour notes, like wines. (For example, “summer garden, corn and jasmine” or “parsley and zucchini savoury”.) 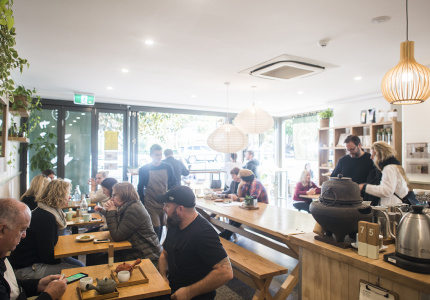