A Vietnamese cafe that serves a huge range of regional dishes including a giant dome of deep-fried sticky rice stuffed with chicken. 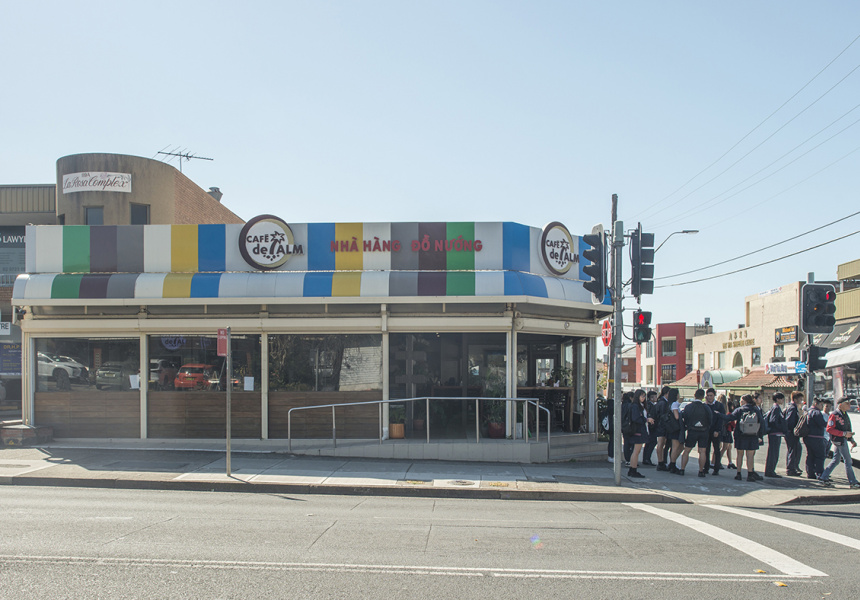 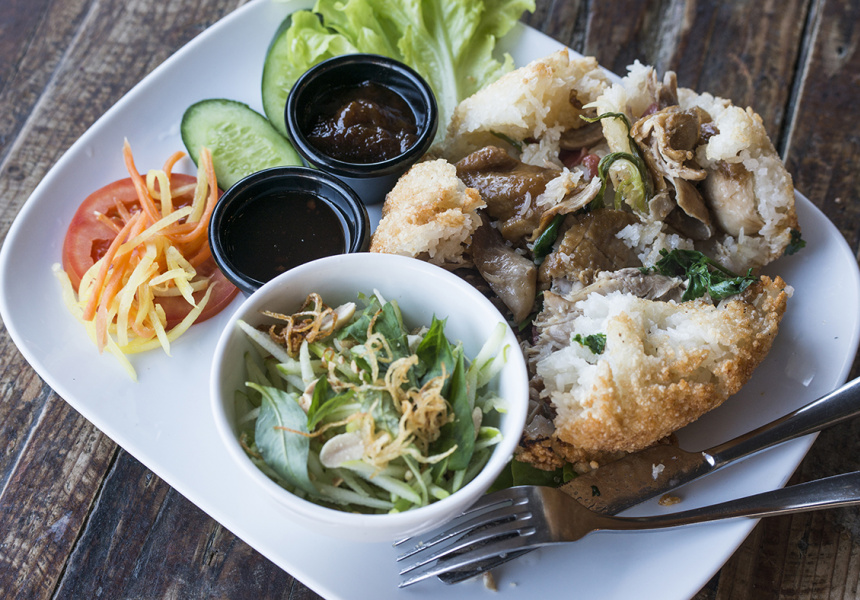 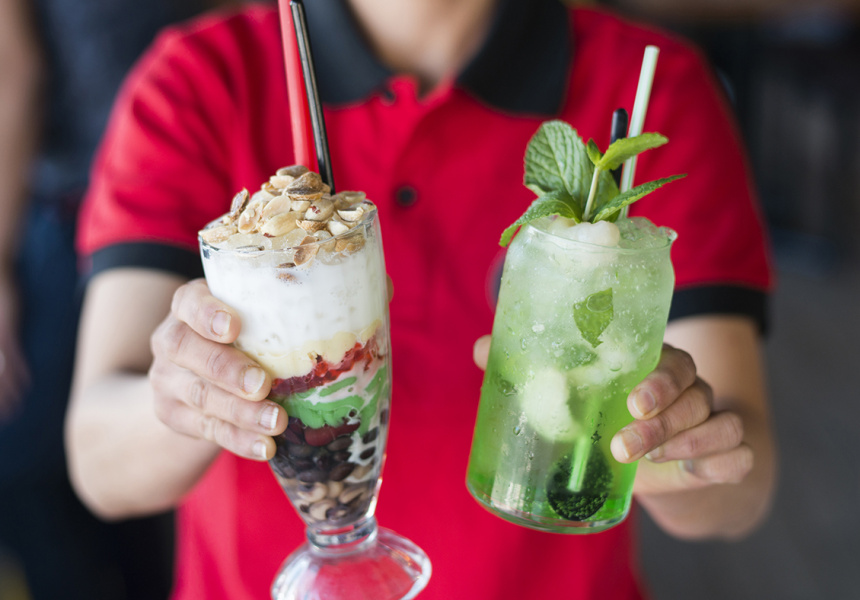 Have you ever eaten gà không lối thoát? It’s a massive dome of steamed sticky rice stuffed with chicken, then deep-fried. It comes to the table looking like a dinosaur egg – a bronzed ovular mass solid enough to roll down a hill. The edge is as crunchy as peanut brittle, but when you cut into it has the soft chew of a rice cake. In the centre there’s tender, tart and slightly sweet (from a long tamarind marinade) roast chicken.

A dish this theatrical isn’t usually seen outside big Vietnamese family celebrations, but you can get this one at Cafe de Palm.

Everyone in Cabramatta knows Cafe de Palm. You can’t miss it. It’s an enormous corner spot at the quiet end of the main drag. The one with the colourful awning, giant logo, mismatched furniture, pumping dance music and greenery so bright it’s hard to know if it’s real or plastic. But hardly anyone knows it’s a restaurant.

Phu Tien Nguyen opened it in 2015 as a cafe with an enormous drinks list including an array of Viet coffees and even more pick-your-own juices, smoothies and frappuccinos. Slowly Nguyen and his team added food, first just simple rice and meat dishes, but eventually building a tome-like menu with options from all over Vietnam. Some of the most popular are bánh khọt (crunchy coconut-and-turmeric pikelets topped with prawns) and DIY rice-paper rolls with assorted barbeque pork skewers. There’s even an elaborate high-end seven-course beef-only banquet. “We are very proud of our food here. It's very authentic.”

Sitting with a menu in hand, feeling utterly bewildered by the sheer length and breadth of it, we ask Nguyen what he was thinking: it’s not easy to make this many things well.

“I like a challenge,” he says. “I built this business from zero. We looked around to see what they have and what they don't have in the Vietnamese community. I wanted to do what they don't do.”

He’s certainly right about that. One of the popular orders here is for bún đậu, a northern-Vietnamese assortment of steamed meaty goods (pandan-spiced meat loaf, blood sausage, pork intestines, liver and steamed pork belly) and herbs arranged around a soupy pool of shrimp paste that smells like harbour-water. Nguyen tells us to pick up a piece of fried tofu or steamed pork, a leaf of Vietnamese mint, some rice noodles, and wrap it all in rice paper. Dip that in the smelly shrimp paste for an umami-loaded pungent kick. The version of the dish served here is not as powerful as it gets in Hanoi; Nguyen says this one is just a six or seven out of 10 on the stinkiness scale.

Mellow out the flavour with an iced avocado, durian or coconut drink; a soursop (part of the custard apple) smoothie; or mixed juice of ambarella (or golden apple, a equatorial fruit), apple and salted plum. Or maybe just an orange juice.