Local Knowledge is a weekly series that explores the eateries at the heart of Sydney’s different cultural communities. For the last instalment of the year, Nicholas Jordan, the series’s writer, shares his favourite five meals of 2018. 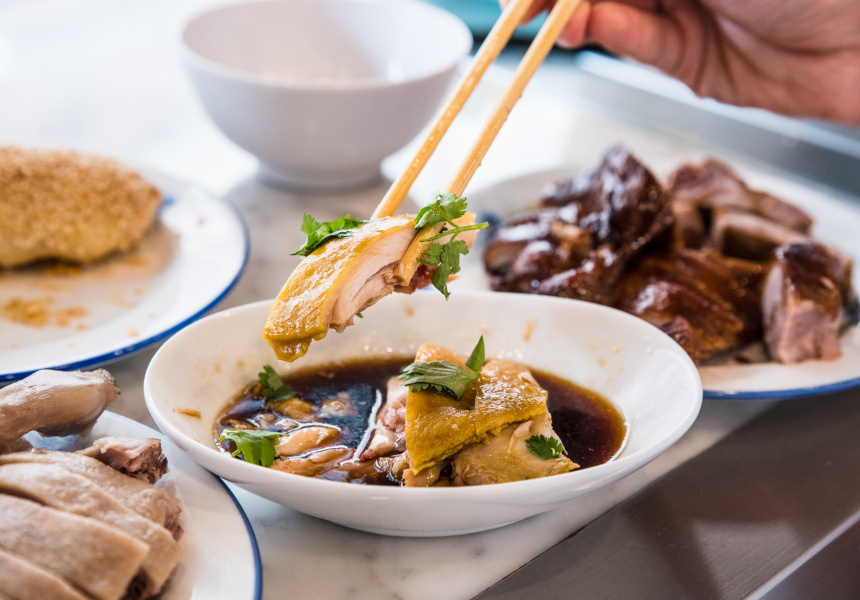 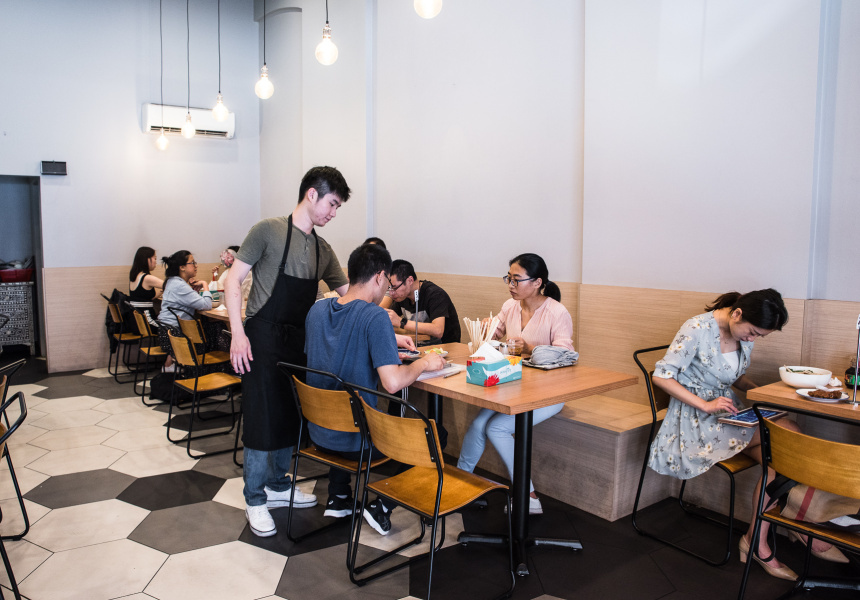 This might come as a shock: I don’t like all the restaurants I write about it. It’s rare, but it definitely happens. That said, it’s never been an issue when writing Local Knowledge because it doesn’t matter whether I like raw gallbladders dressed in roasted rice powder (not heaps into this), chilli-fried lungs (love this) or Nepalese buckwheat pudding (rapidly growing on me). What’s important is telling the stories of these places in Sydney that best represent the different communities who support them.

Noodle Pot – braised duck
I have a terrible tendency to be a disgusting eater. How disgusting I am is linked to how delicious my meal is. I’ll always eat steamed chicken breasts and boiled broccoli with the etiquette of a British royal, but give me a roasted hunk of charcoal, garlick-y chicken thigh and I’ll devolve into a shameless Neanderthal. This was a prime example.

Haymarket’s Noodle Pot does a Jiangsu-style soy and spice-braised duck and it is preposterously tasty (Jiangsu is in East China). I gnawed every bone, dug out every bit of gristle and offal I could, I scooped sauce with my fingers, I licked the plate and I inadvertently flung duck sauce over myself, my friends and the table. What a brilliant evening.

Lestari – nasi goreng
I spend a lot of my working week espousing the virtues of Sydney’s less-glitzy dishes: offal-ridden stews; rare ingredients; fermented everything; and meats that haven’t been procured from a chicken, cow or pig. But that does not mean I don’t enjoy a pad thai, pork and chive dumplings, and some bulgogi. Chinatown’s Lestari does the Indonesian version of this: nasi goreng (fried rice) and mee goreng (fried noodles) – exactly the way I like it: salty and full of (pork) fat.

El Shaddai – fufu with egusi
When I heard there was a Sierra Leonian restaurant in Guildford, I was excited. I’m always keen to try something I’ve never eaten before, and I was eager to tell a story about a West African country that wasn’t about its war or poverty.

Joseph Koroma, El Shaddai’s owner and chef, was the perfect guy to help me. He told me he believes every African has a role to play in building the image of his country and he was doing that through food.

My favourite of his dishes was egusi and fufu. Fufu is a fermented cassava dough I first fell in love with at the now-closed African Feeling. The dough is pounded fastidiously until it has a dense but elastic texture, kind of like unbaked bread. That’s the base of the meal. On top you put the flavour, in this case egusi, a thick, oily and slightly bitter stew made from ground melon seeds, cassava leaves and fatty meat.

Not only is it radically different to anything I’ve eaten in Sydney, it was enormously fun. There is no cutlery supplied, you pluck chunks of fufu out of the soup and use it to collect the meat and leaves in the stew.

Myeong Dong – banchan
Banchan are the free side dishes that appear before or with your meal at a Korean restaurant. Usually you’d get two to four, the standard being kimchi and pickled radishes plus other things such as mashed potato or undressed greens (if the kitchen is run by international students), or braised lotus root and soy fried potato if they’re a bit more serious. At Myeong Dong, in North Strathfield, you get eight to 12 and they’re all made on the premises daily.

These are just some of the options: spicy kimchi (spiciest I’ve had in Sydney), cured octopus, chestnut jelly, fish cakes, pickled zucchini, sweet braised lotus root, sesame and soy-bean sprouts, seaweed salad and soy-simmered quail eggs. It’s crazy to imagine you can order just a small bibimbap and be full before your meal even hits the table.

Mama Lor – hopia ube
I wrote about this dish as part of Broadsheet’s round up of the best things the writers ate and drank in 2018 with very little detail about the actual hopia ube.

Hopia are flaky but dense pastries popular in the Philippines. They’re like mooncakes (a small Chinese cake traditionally eaten at the Mid-autumn Festival), and they share a lot of the same fillings: mung bean, azuki bean, pork and purple yam. The nutty flavour and smooth texture of the latter is my favourite. If you’re lucky enough to get to Mama Lor in Rooty Hill when they’re baking eat one straight out of the oven – it’s like a peanut-butter pie.