Sour, spicy and very different – this is the place to try one of China’s lesser-known cuisines. 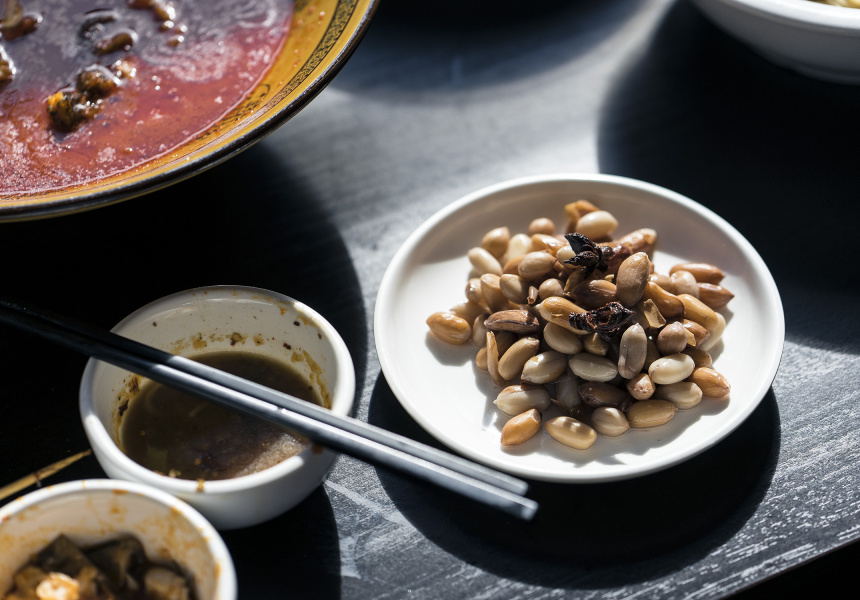 There’s a dish at Bamboo Village that consists of a wide bowl of soup with chunky pieces of fish. It’s the rich scarlet colour of a Sichuan hot pot. Aside from its colour, and its extreme spiciness, common in south-west Chinese food, it’s unique. It is a dish of the Miao people, an ethnic minority of China.

Most Miao live in Guizhou province. Unlike other Chinese cuisines, such as Sichuanese, Shanghaianese and Cantonese (Cantonese is the most common Chinese cuisine in Australia), there isn’t much Guizhou food outside of the province itself. In Sydney you can find it in Hurstville or Haymarket at either of the two Bamboo Village BBQ restaurants. “We have the most kinds of minorities in Guizhou,” says Bamboo Village BBQ’s owner, Yolanda Wang. “The food is very different because it comes from a combination of many different groups. Generally it's very spicy and sour. Not many people know about it. I wanted to do something to show my hometown.”

The Miao fish soup is one of Bamboo Village’s specialities. What makes it unique is the root of litsea pungens, an aromatic that Wang says is used only in Miao cooking. “It’s almost stinky, but special stinky – not a bad one. I can’t describe it. It’s very special.”

Bamboo Village BBQ’s other speciality (you’ll probably see this on most tables) is the Guizhou-style barbequed-fish hotpot. “In Guizhou many people on the street are selling it. You choose the flavour. This is the most common,” Wang says pointing at a fish smothered in a homemade chilli sauce, lotus roots, tofu, celery, capsicum slices, onion and potato. Here and in Guizhou the only standard practice is barbequing the fish over charcoal; everything else is customisable. First you choose your fish, then your sauce (Sichuan-pepper-flavoured chilli sauce is the next most popular) and then anything else to put on top. Wang says it’s not uncommon to have deep-fried pork, various bits of offal, lamb, eggs, kelp and even chips.

Street food is a big part of the Guizhou cuisine. Unfortunately, many of Wang’s favourites can’t be replicated because of the absence of zhe'ergen, a pungent, almost-fishy root used in a lot of Guizhou dishes. One popular dish that Bamboo Village BBQ does make is a potato fritter with a potato-mash centre and a brittle, fried edge that’s served with a smoky chilli powder. That dish, like a lot of the recipes here, comes from Wang’s mother or grandmother. Her mum even does some of the cooking in the Hurstville branch. She handles the home-style dishes, such as the tofu fritters and the Guizhou chilli-chicken. “There's a lot of different chillies, ginger and garlic. It's smashed all together, stir fried and braised. It's like family food in Guizhou. Every family knows it. The flavour is always the same,” says Wang.