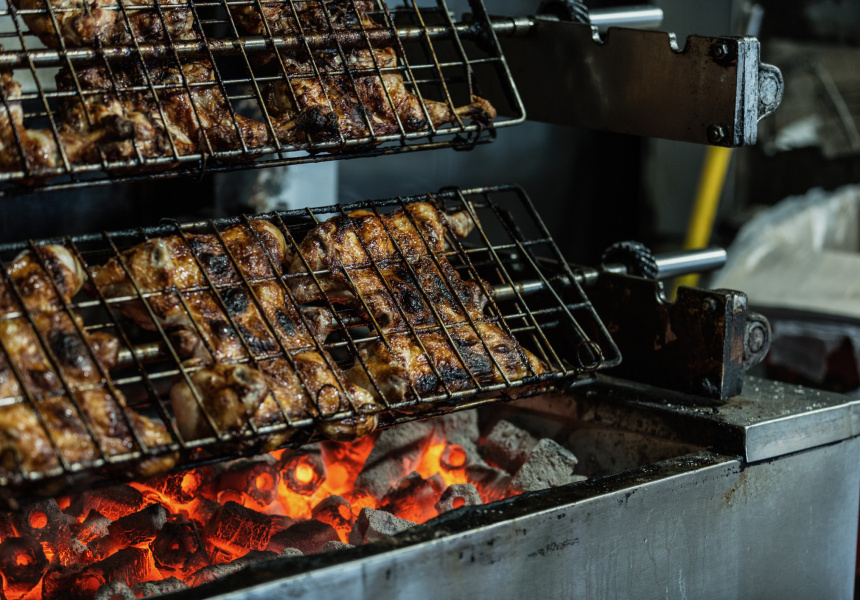 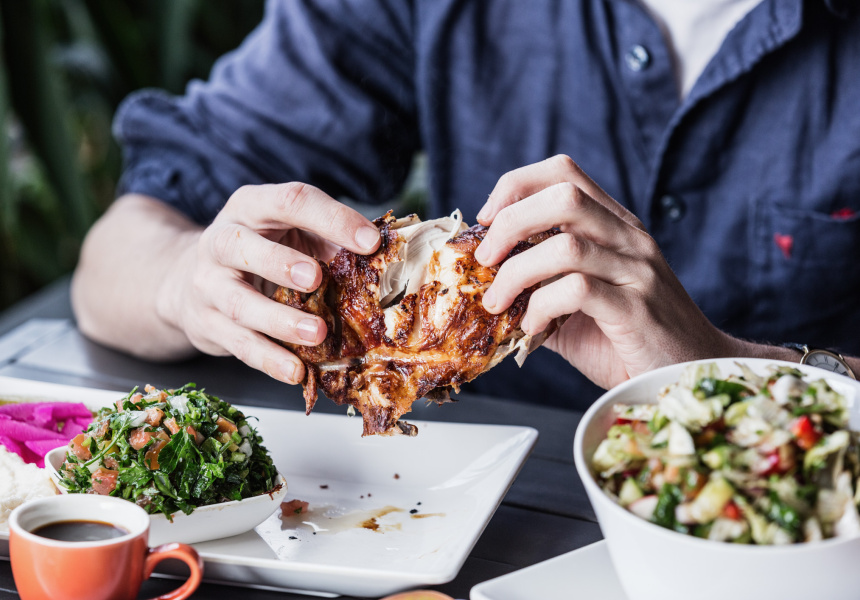 Anyone who has driven down the Western end of Canterbury Road on a Saturday has probably noticed the insanely busy car wash, wondering if something else is going on inside. There is. Just beyond the hustle of cars and jumpsuit-wearing workers, inside the carwash, is Awafi, one of the best and oldest purveyors of Lebanese charcoal chicken in Sydney.

It all started when Simon and Samira Azzi, and Andre and Carole Estephan opened a tiny takeout store near Granville station in 1998. Although a lot of Lebanese families were cooking charcoal chicken at home, seeing it in a restaurant was pretty much unheard of then. “People think Australians are the only ones to barbeque, but it's normal for every home to cook with charcoals in Lebanon,” says Sindy Azzi, Simon and Samira’s daughter.

The restaurant, even just as a small takeout, was a big experiment. The two families knew the recipe was good but they didn’t know if the idea would kick off. It did, big time, and not just for Lebanese people. It was a beacon for a just about every migrant community in the area. “We had a massive mix of people and because it was near the station, word of mouth spread quickly,” says Sindy.

Because the two families were making everything (including all their own sauces, meat mincing and pickles) on-site in Awafi’s tiny kitchen, it wasn’t long before the two families each decided to open bigger stores. The Estephans left to start El Jannah, and, the Azzis continued with the Awafi name in Revesby, Punchbowl, Belmore and Granville. “I think we have a healthy competition. It's pretty friendly,” Sindy says of the rivalry between El Jannah and Awafi.

Since that 1998 takeout joint, the original Awafi charcoal chicken recipe has remained a closely guarded secret, even within the family. Sindy can’t say what it is, and maybe she doesn’t even know. What she does know is how it should taste. “I’ve been eating it every week since I was a kid,” she says. “It can't be dry at all, but it can't be too juicy. The skin has to be crispy. It needs to be cooked perfectly, crispy and golden.”

Eat it with the other two highlights on Awafi’s menu: garlic sauce and tabouli. “If you ask anybody, that's what they come here for, garlic, chicken and tabouli,” says Sindy. There are other things on the menu, some of them quite good (fatoush, kebabs, kibbe, falafel and other Lebanese classics) and if you’re in a big group, try them, but otherwise, going to Awafi and getting anything but charcoal chicken, garlic sauce and tabouli would be like an astronaut going to the moon but never stepping out of the spaceship.