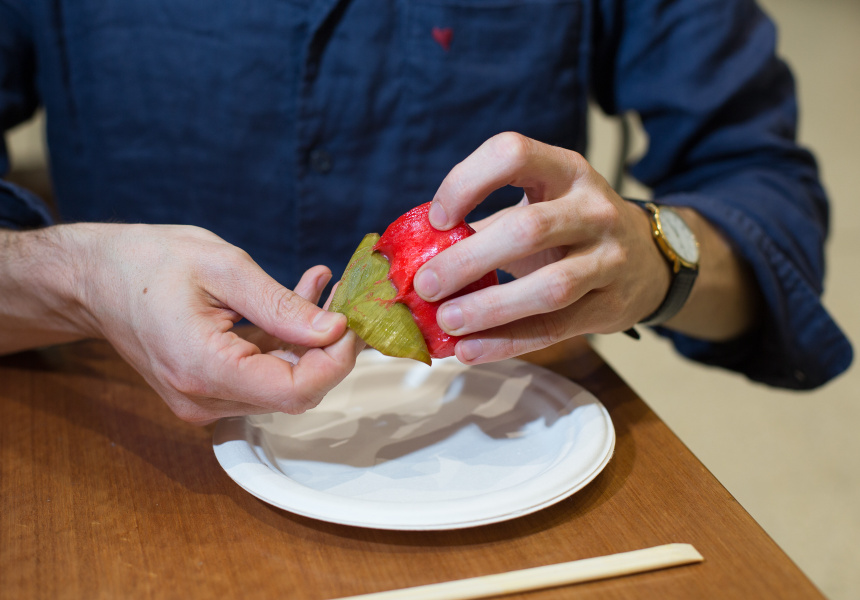 Why is it that hardly anyone in Sydney makes South East Asian sweets? Not shaved ice, sweet rotis or coconut-and-pandan ice-cream – those are easy to find. We mean kuih, the diverse and colourful range of rice, tapioca and mung-bean-based cakes that are found all over Malaysia, Thailand, Indonesia and Singapore, but hardly anywhere here.

Paul and Alice Tan own Alice’s Makan, a Malaysian food stall in the CBD that doubles (somewhat surreptitiously) as a sweetshop and cake wholesaler. When asked why there aren’t more places like theirs, they reply, “It’s too hard.”

Each cake, whether it’s pounded, rolled, baked or steamed, needs to be made by hand and served shortly after. “They’re not like Western cakes, they need to be eaten quickly,” Alice says. Like many South East Asian cooking traditions, there are no sacred recipes, either. The chef knows the outcome they want and intuits their way to the finish line.

Since leaving Malaysia some 40 years ago, Alice has produced a lot different cakes, but one she’s always made is angkoo. It’s a cake traditionally reserved for weddings, birthdays and new year. Structurally, it’s like ravioli with a thick, bright-red outer layer. Within is a crumbly mung-bean and peanut paste. One of the favourites among the customers here is serimuka, a dense but wobbly pandan and glutinous rice cake topped with a layer of salted coconut cream. “As a kid that was my favourite,” says Paul.

The sweets Alice makes have an incredible reputation in Sydney (you’ll also find them in Temasek, Malay-Chinese Takeaway and Thai Kee). But people come for Paul’s wok skills, too. “We were running from home initially, selling to restaurants and shops. We then decided we needed to get a shop just to do sweets, but then we had time so we decided to do some food. I started doing char kway teow and stuff,” Paul says.

Char kway teow is a fried flat-noodle dish, which is as widespread and loved in Malaysia as pad thai is in Thailand. Traditionally it’s fried in pork fat with hunks of lard croutons, prawns, bean sprouts and chives. Most Malaysians will say a good one will be smoky, rich and hearty without being particularly intense in flavour. “Over the years people have come to know us as Alice's sweets and Paul's char kway teow,” Paul says.